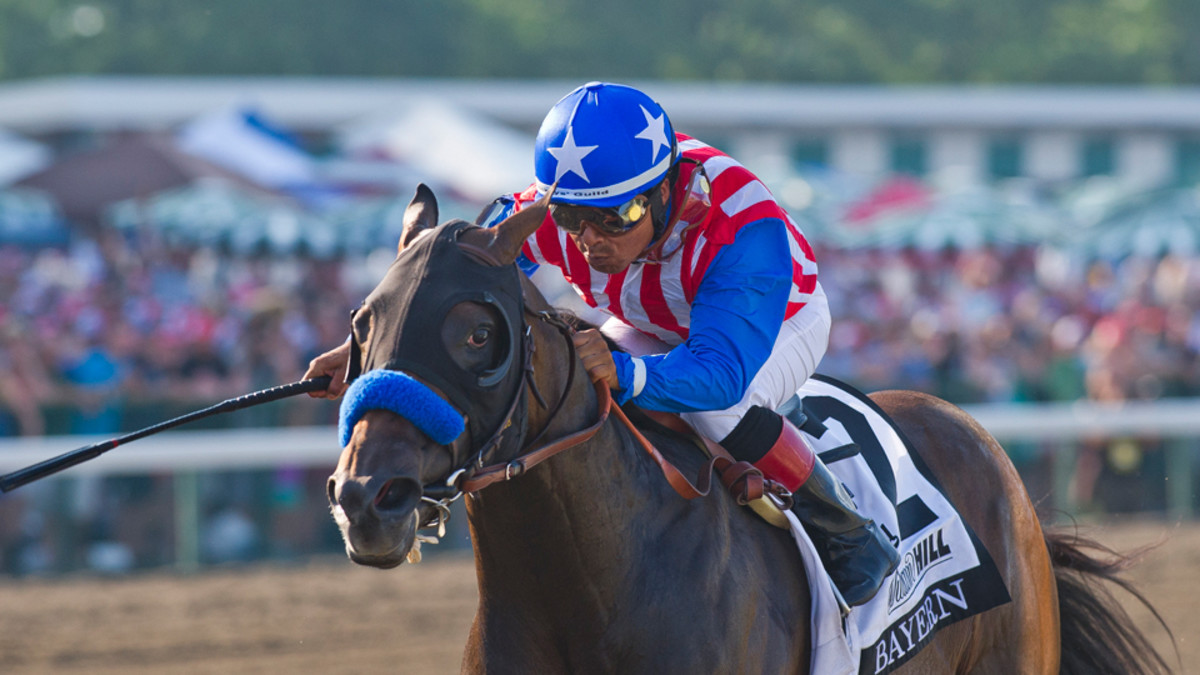 The Breeders’ Cup Challenge Series is at the center of the sports world once again this weekend. The Runhappy Metropolitan Handicap, most commonly known in horse racing as the “Met Mile” will take place on July 4 at Belmont Park in Elmont, New York.

The Met Mile is a qualifier for the Breeders’ Cup Dirt Mile as part of the “Win and You’re In” prep race for the $2 million race held at Keeneland on November 7.

Last week, we watched the magnificent Midnight Bisou win the “Fleur de Lis Stakes”
by over six lengths and earn a spot in the Breeders’ Cup. Fans were also treated to an amazing performance by Tom’s D’etat, who won his fourth race in a row dominating the Stephen Foster Stakes and earning a spot in the $7 million Breeders’ Cup Classic.

This week, horse racing bettors are treated to a loaded eight-horse field in the Met Mile. The favorites are led by Grade 1 winners Code of Honor who is trained by Claude “Shug” McGaughey. Additionally, historic trainer Bob Baffert has a horse in the field with McKinzie.

George Weaver’s Vekoma comes into the race in superb form and must be respected. Meanwhile, both Dale Roman’s Mr. Freeze and Brad Cox’s Warriors Charge are longshots. Taking recent form into consideration, all three of these horses could rise up to the task of taking down the star power in this race.

Who will cross the finish line first? Let’s take a look at the odds and dive in deeper.

Belmont Park on June 6, winning the Westchester Stakes. He has six wins in 11 starts with a respectable 3rd place finish in last year’s Kentucky Derby. Johnny Velasquez (known as Johnny V) in the irons at Big Sandy (the stretch at Belmont Park) only adds to the value of this play. Top choice

#2 Vekoma (9/2) – Vekoma enters Saturday’s race fresh off a career-best performance in the Runhappy Carter. The Kentucky Derby entrant, who finished 13th in the industry’s biggest race in 2019, posted a 110 Beyer en route to a 7-length victory in his latest race. A repeat of that effort puts him right there in this field. Contender

#3 McKinzie (2/1) – The four-time Grade 1 winner from the stable of top trainer Bob Baffert, who has won eight of 16 career starts, impressively won the Triple Bend Stakes last time out and may be rounding into top form. I am going to try and fade him in my top two spots in my attempt to find better value. Fading Baffert horses is always a risk.

#8 Warriors Charge (8/1) – The expected pacesetter will try and take the field wire to wire. He has won four of his past six starts. His recent race resulted in a second-place finish in the Oaklawn Handicap behind By My Standards, who just ran runner up to Tom D’etat in last weekend’s Stephen Foster Stakes. In nine career starts, he has only failed to hit the board once, a fourth-place finish in last year’s Preakness Stakes.

#7 Mr. Freeze (8/1) – I am not sure he will be able to overtake Warriors Charge for the lead he covets, but Dale Roman’s trainee should be respected on the cutback. He loves this distance. A must use.

This race is clearly loaded at the top with Code of Honor, McKinzie, and Vekoma.

My top plays will involve using Code of Honor on top with Vekoma, Warriors Charge and Mr. Freeze underneath in second for the exacta. My top longshot is Warriors Charge, who if he is able to set the pace alone, could prove extremely tough to catch cutting back in distance.

Use Underneath: #8 Warriors Charge and #6 Endorsed

One additional play from Destin:

The Winstar Farms trainer is high on the #3 Cross Border (10/1) in the $400,000 Manhattan Stakes which will take place immediately after the Met Mile on Saturday’s betting card in Race 10. The only clear speed in the race is “fresh and ready to fire” for Mike Maker with Jose Ortiz aboard.

For bettors who have made the Nathan’s Hot Dog Eating Contest a part of their Fourth of July holiday festivities, there is a market aimed at combining two events separated by just 21.2 miles on Saturday.

Joey Chestnut has won 12 of the last 13 contests and is currently the favorite at odds of -125 to eat more hot dogs on Coney Island’s boardwalk in Brooklyn, over the $2 payout return of the Exacta wager in the Met Mile. Sign me up for the world champion competitive eater, who is favored to consume more than 72 hot dogs, to take that down that wager.