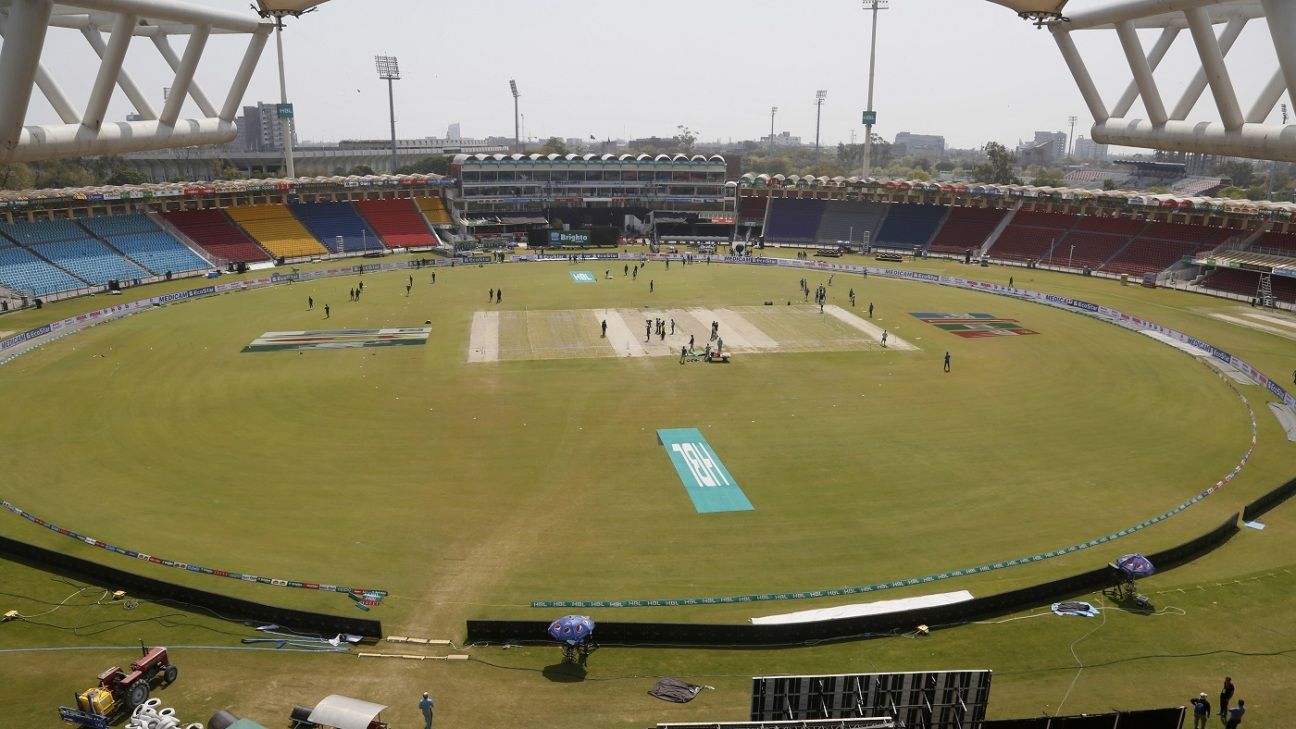 The financial impact of the Covid-19 pandemic on the unfinished fifth season of the Pakistan Super League (PSL) is becoming clearer, as the board and the league’s broadcast-rights holder have come to legal blows over the money due for the season. But the league is continuing to explore options to complete the season, with November being looked at tentatively as a window, and the possibility raised of finishing it in the UAE, if the pandemic situation in Pakistan at that time doesn’t allow it.

The fifth edition – the first held in its entirety in Pakistan – had to be curtailed just before the knockout stages as the pandemic began to take hold around the world. That has led to Blitz Advertising and Techfront – who signed up for the broadcast rights in 2018 in a US$36 million deal – holding back a payout to the board for this season; the contract, according to Blitz, states that payment will be made upon completion of the season’s final match. Once that payment did not come through this season, the Pakistan Cricket Board (PCB) cashed an Insurance Guarantee from the broadcaster (held as security for the deal) of PKR 1 billion. It is that act that Blitz has taken a Stay Order out against in the Civil Courts in Lahore.

“Our dispute with the PCB is on issue of completion of PSL 2020 Tournament,” a Blitz official told ESPNcricinfo. “PCB has announced/declared since March 17th that four matches including semi-finals and final shall be held later in year 2020 and is postponed until then. According to our agreements with PCB, it is stated clearly – we are to pay the Rights fees only after the Last Match of the PSL 2020 Tournament is held and declared. Since last match of the PSL 2020 has not been held and/or declared by PCB therefore the Rights Fee is not due and payable under the Agreements.

“Blitz was constrained to seek legal remedy through courts, refraining encashment of guarantee since the payment was not due until the Last Match of PSL 2020 was declared by PCB. Blitz, in the last five years of its relationship with PCB has honored all its obligations in accordance with the agreements. However in this instance, Blitz in view of PCB’s unjustified demand had no other option but to approach courts for relief.”

Blitz’s partnering in 2018 represented a 358% jump on the previous broadcast deal and worked on equal overall payments every year to the PCB, one before the event and one after. That broadcast money, pooled in with sponsorship and commercial rights revenue, is then distributed annually to the six franchises in three tranches, usually in May, July and at the end of the year. Blitz has made its pre-tournament payment to the board but the matter will acquire urgency because some franchises say that they have received none of the three payments they are bound to yet.

The issue of how to complete the season is also going to gain urgency. At a PSL governing council meeting on Thursday, several options were explored, although all with the considerable caveat that – as a board release acknowledged – “there were a number of moving parts” because of the pandemic. The preference would be to finish it In Pakistan, but the number of coronavirus cases has surged over the last month to more than 200,000, and the prime minister Imran Khan expects the peak to hit towards the end of July.

One option that was brought up was to finish the season in the UAE – where there has been greater success in containing the pandemic – around the time the T10 may also be taking place there. As a pool of foreign players in the T10 potentially overlaps to some degree with PSL franchises, the league might explore the possibility of sharing logistical costs with the T10.

The PCB said they are “in coordination with all the stakeholders in regards to the strategic and financial growth of the league. While the unprecedented economic climate has created some challenges, we expect obligations to be met in a timely way.”