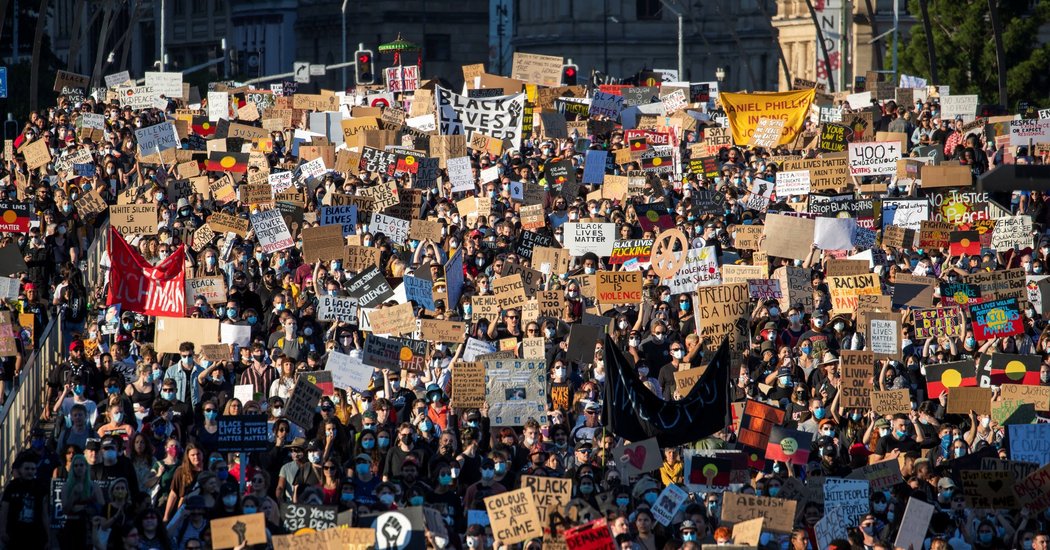 In the 1980s, my mother was a reporter in Melbourne, where much of her work focused on the Indigenous communities in Victoria. She recently told me about a time when she went to her editors at The Age and suggested that they actively seek out and recruit young Indigenous reporters because — while she felt she had earned the trust of her sources — their stories would be better told by people from that community. Hiring a more diverse staff, she explained, would be better for journalism and better for the newspaper.

She did not get the response she hoped for. “They looked at me like I had two heads,” she said.

Last month, echoing her experience, a group of more than 60 journalists at The Age wrote a letter to their top editors and executives of the Nine corporation, which now owns The Age, expressing distress with a number of issues at the paper, including its lack of diversity.

“As far as we are aware the Age has had only one Indigenous reporter in its 166-year history,” they wrote. “Every editor in the Age’s history has been a white man, as is every current foreign correspondent.”

The Age is not the only media institution in Australia reckoning with a lack of diversity. A group of journalists have written a letter calling for more diversity on Melbourne Press Club’s all-white board. Australia’s public broadcasters, the ABC and SBS, have come under fire in recent weeks, with a number of nonwhite journalists describing incidents of racism at SBS — a station with diversity as a central part of its mission, but with a leadership team that does not reflect that mandate.

It’s one of the many ways that the Black Lives Matter movement in the U.S. has inspired Australians to examine issues of race in our own country. Large protests in Australian cities supported Black Americans demanding justice after the killings of George Floyd and Breonna Taylor, while also calling attention to Aboriginal deaths in Australian police custody.

And within media and culture, calls for diversification just keep rippling through the landscape. I have barely slept in recent weeks, trying to keep up as Bon Appétit’s editor in chief Adam Rappaport resigned over various accusations of racism, and as people called for the resignation of John T. Edge, director of the influential Southern Foodways Alliance. (I have written for Bon Appétit in the past and was a speaker at a Southern Foodways Alliance symposium in 2015 as well as having written for its magazine, Gravy.)

Australian food media is likely due for its own reckoning. I was contacted this week by a group of freelance writers who are hoping to diversify the voices and content represented in Australian food media, and are aiming to put specific plans in place to achieve that goal.

I keep thinking about my mother’s experience in the ’80s, and how different our media might look now if any of her former editors had heeded her call to actively seek out and recruit reporters from within the communities she was covering. I’m sure she was not the only one to suggest such a thing, and it’s entirely possible that the media landscape would have been so difficult and hostile for nonwhite journalists that the difference would be minimal.

But if there had been a concerted effort to engage, hire, retain and support a diverse range of journalists 30 years ago, Australian media would surely be far better for it today.

Is there an aspect of Australian media that you would like to see change for the better? Let us know at nytaustralia@nytimes.com.