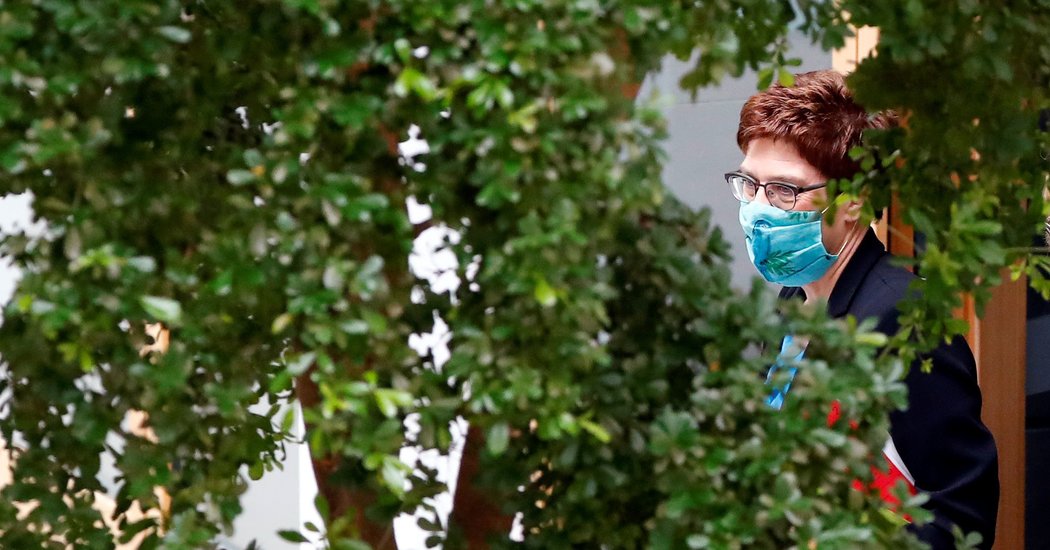 “Every case was a news event then,” Mr. Smith said.

In those early days, Mr. Smith or a team member would note an infected person’s age, gender and condition, as well as a few other details, and add them to the sheet. A map on the Times website, built by the Graphics desk, pulled data from the sheet to show where outbreaks were appearing.

By late February, with outbreaks popping up across the country, the team realized that its database had no equivalent in the public sector. “We had a level of detail and a level of immediacy that the federal government wasn’t providing,” Mr. Smith recalled.

The project grew to keep up with the epidemic. Reporters from all over the newsroom pitched in. To date, more than 100 people have contributed to an effort that is active 18 hours a day.

As it became too difficult to count the cases manually, software developers joined in. A team led by Tiff Fehr wrote custom programs that pulled confirmed case and death numbers from the websites of 56 states and territories every few hours and saved them to a Times database.

The Times is also counting cases around the world and tracking how overall mortality has changed in 24 countries, with the hope that the data may provide a more accurate account of where virus cases are underreported.

All told, the data informs over 70 different maps and articles live on the Times website. They are updated about every four hours.

That’s it for this briefing. Did you know weight training changes your brain? See you next time.

P.S.
• We’re listening to “The Daily.” Our latest episode is about why intelligence officials suspect Russia of paying militants to kill U.S. troops in Afghanistan.
• Here’s our Mini Crossword, and a clue: Dog with a powerful sense of smell (five letters). You can find all of our puzzles here.
• Azam Ahmed, our Mexico City bureau chief, won the James Foley Medill Medal for Courage in Journalism for his powerful series exploring the homicide crisis in Latin America and the Caribbean.