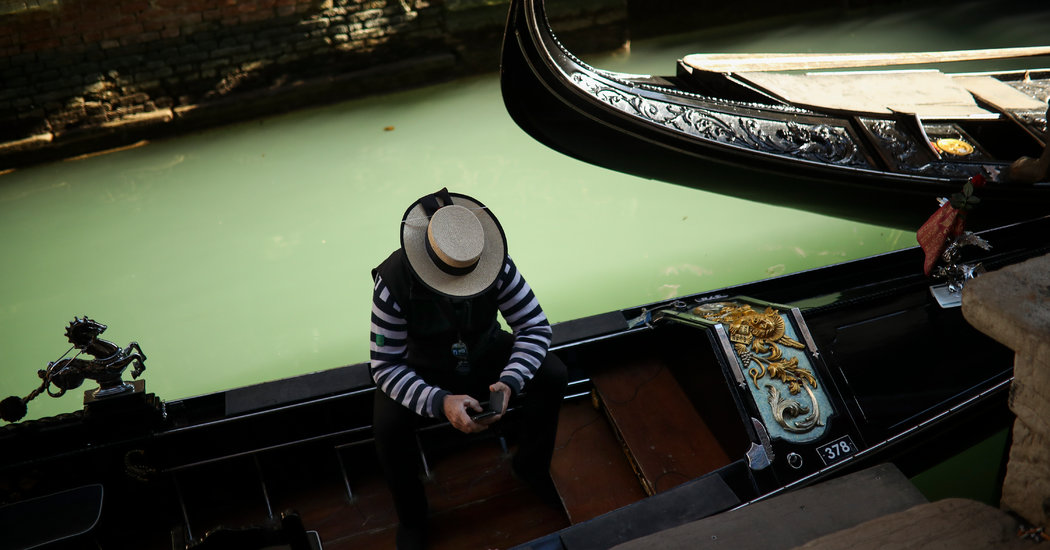 “The longer a visitor stays, the smaller his impact on the territory,” said Magda Antonioli Corigliano, a tourism industry scholar at Milan’s Bocconi University. Day trippers tend to have a particularly harmful impact, she argues, because they are on a constant move, and always crowding the same spots around St. Mark’s and the Rialto.

“If you have only one day, you want to see as much as you can, so you run here and there, take a lot of vaporettos,” Ms. Antonioli Corigliano said. Overnight visitors can enjoy the lagoon at a slower pace, and venture beyond its most obvious spots, contributing less to pedestrian traffic jams.

Then there are the cruise ships, docking at the Marittima port and navigating through the Giudecca Canal and St. Mark’s basin. Though responsible for a fraction of day trippers, they unload a significant amount at a time, as well as causing a significant impact on the city’s environment because of the amount of fuel used.

“A cruise is a very energy-intensive way you can take a holiday,” said Jane Da Mosto, a scientist who heads the environmentalist group We Are Here Venice, which opposes the presence of cruise ships.

Cruise ships bring money, but not all goes to Venice’s historical center.

A 2013 study by Ca’ Foscari University estimated the overall business brought to the city from the cruise industry to be around 290 million euros annually. The study considered direct and indirect business with the government as well as privately owned companies, and included fuel, food supplies, laundry services and money spent by cruise day-trippers in the city (as little as 19 euros or around $21 per capita, if they didn’t spend the night).

The small amount of taxes paid to Venice’s Port Authority were included in that figure: Last year the authority, run by the central government’s transportation ministry, received 5.6 million euros from cruise vessels, a spokesman said. This money goes to the running the authority itself, and includes maintenance of the city’s canals.

In 2012, the central government approved a law banning cruise ships from the St. Mark’s basin and the Giudecca Canal, to lessen overcrowding in those areas, but it has yet to be enforced. And even if it were, Ms. Da Mosto said, it will do little to contain the damage.