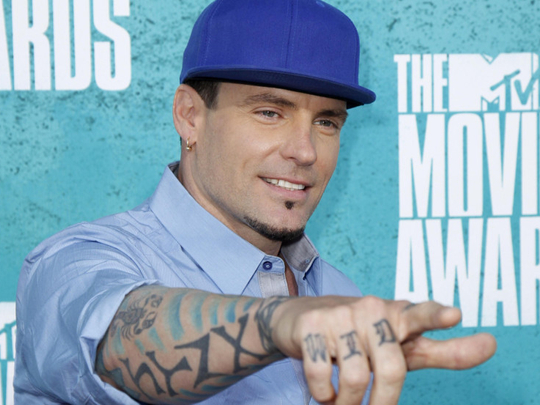 Vanilla Ice is holding a July 4 concert in COVID-ridden Texas. He says the “90s were the best” because “we didn’t have coronavirus”.

The ‘Ice Ice Baby’ singer, supported by Color Me Badd, is set to perform this weekend at a venue in Austin, despite a massive surge in COVID-19 cases. Texas has seen upwards of 6,000 new cases recorded a day.

In Austin, bars are closed down due to the rapid spread of the virus.

However, The Austin Chronicle has reported that the Vanilla Ice concert, called the ‘Independence Day Throwback Beach Party’, is taking place due to a legal loophole. In essence, the show is taking place at a ‘bar and grill’ that is technically a restaurant, but holds a large outdoor concert space.

Despite cautioning against large gatherings, the concert could therefore go on as planned.

“I can’t wait to get back to this,” wrote Vanilla Ice on Instagram. “The 90s were the best. We didn’t have coronavirus, or cell phones, or computers. We had 5.0’s, blockbuster, Beavis and Butthead, Wayne’s World, Chris Tucker and Jackie Chan. And Mortal Kombat is still better than fortnight … We danced, we invented house parties in the 90s. The last of the great decades.”

According to the Texas Tribune, however, only 84 tickets had sold by Wednesday night.