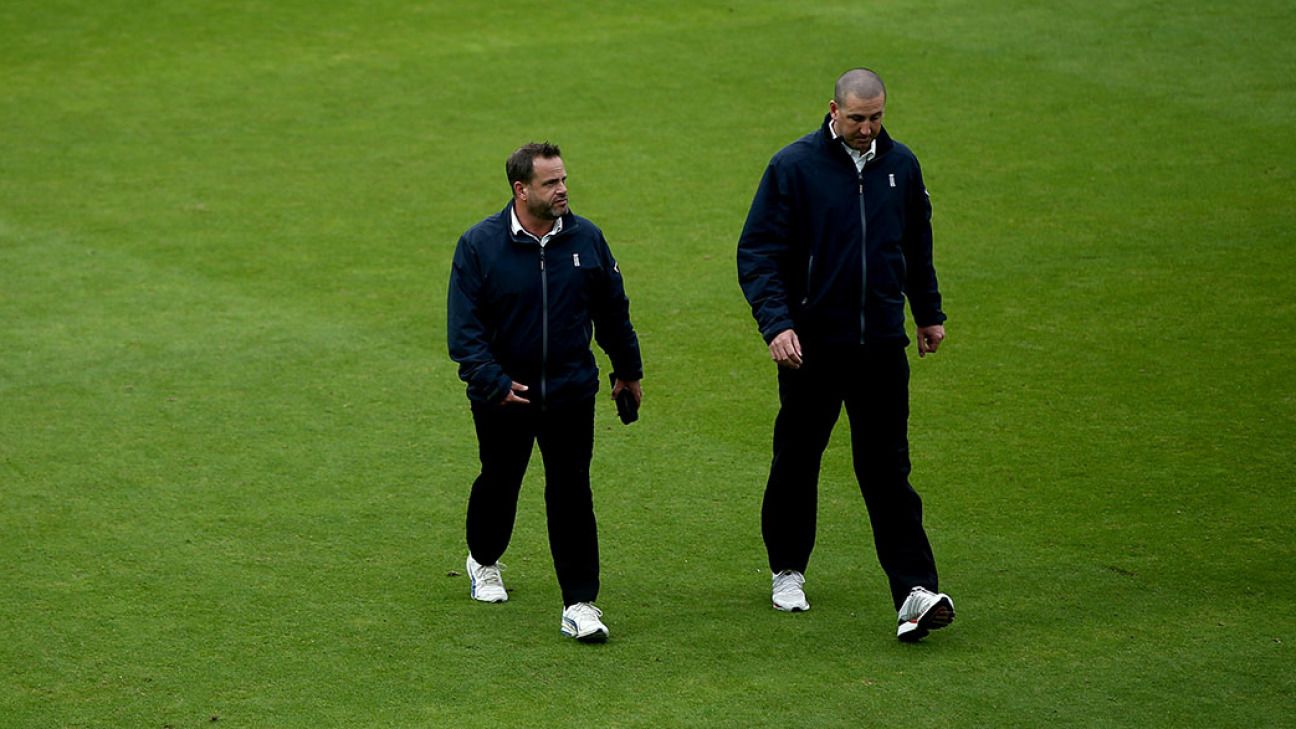 England’s first-class umpires have set themselves the target of walking to Lahore and back – virtually, at least – before the county season begins.

Challenged to retain their fitness during lockdown by Chris Kelly, the umpires’ manager at the ECB, they resolved to give themselves both a target and a motive. They eventually decided, therefore, to walk between them the equivalent distance from the Gaddafi Stadium in Lahore to Emirates Old Trafford in Manchester and back. That is 9,436 miles.

They also hope that effort will inspire people to make charitable contributions. The three charities benefitting from their efforts are the British Asian Trust, Prostate Cancer UK and the PCA Cricketers Trust.

There are 33 umpires involved – that includes those on the ICC’s elite and international panels, as well as those on fulltime ECB contracts and the reserve list – with Hassan Adnan, who is currently averaging around 90 miles a week and is approaching 350 miles in total, leading the way at present. David Milnes, on 226 miles, is in second place. In the 28 days since the exercise started, they have walked 4,537 miles. For more details, please visit: https://www.facebook.com/thefirstclasswalk

“GPS data and heartrate monitors from the 2015 season suggested we walked about 10,000 miles between us in a season,” one of the umpires, Paul Baldwin, told ESPNcricinfo. “We were challenged to ensure we were ready for the season and this came about.

“We’re on course to complete our target on July 27 – a few days before the season begins – but we’ve now decided to carry on throughout August and see how far we can go.

“The first on-field data was added last week when Michael Gough and Alex Wharf, the umpires for the West Indies’ warm-up game in Manchester, contributed 31.89 miles in three days.”

Meanwhile, the former Surrey keeper, James Knott, is embarking on a challenge of his own to raise funds for charity. Knott, who is now head of cricket at Stowe School and whose father Alan is generally regarded as one of the best keepers in the history of the game, is aiming to walk every minute of play during the first Test of the England v West Indies series in the hope of raising funds for the PCA Trust and the NHS Covid-19 appeal. Details can be found here.