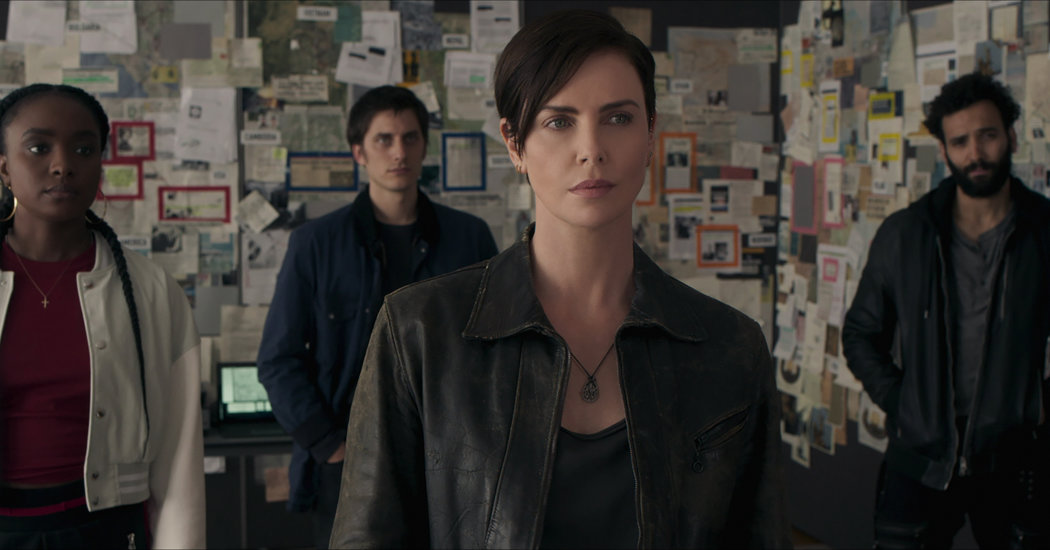 The summer blockbuster movie season has been shut down due to COVID-19, but “The Old Guard” could help ease some of the feelings of withdrawal. Written by the veteran comic book creator Greg Rucka — and based on his 2017 Image Comics series — “The Old Guard” is an explosive science-fiction adventure, starring Charlize Theron as one of a select team of immortals who for centuries have hired themselves out as mercenaries. The picture was directed by Gina Prince-Bythewood, who’s best-known for the sensitive and moving dramas “Love & Basketball” and “Beyond the Lights,” and who ought to have a unique take on the macho action genre.

Katherine Langford plays the Arthurian “Lady of the Lake” in “Cursed,” an action-packed fantasy series that reframes the sword-and-sorcery legend from the perspective of the sorceress Nimue. Based on a young adult novel by the show’s producer Tom Wheeler (whose creative partner in both the book and the TV series is the comic book artist Frank Miller), “Cursed” has the look and heft of series like “Game of Thrones.” But it’s less grim in its depiction of this heavily stratified society, challenged by a woman who’s often underestimated by the powers that be.

The 2018 movie adaptation of Beth Reekles’ young adult novel “The Kissing Booth” (written when the author was still a teenager) overcame some savage reviews to become one of Netflix’s most buzzed-about romantic comedies. The sequel, “The Kissing Booth 2,” is also based on a Reekles book, written roughly a decade later. The story picks up where its predecessor left off, with Elle Evans (Joey King) trying to keep a long-distance relationship going with the college-bound Noah Flynn (Jacob Elordi). Complications ensue, as Noah befriends a female classmate while Elle becomes attracted to a new boy in school.