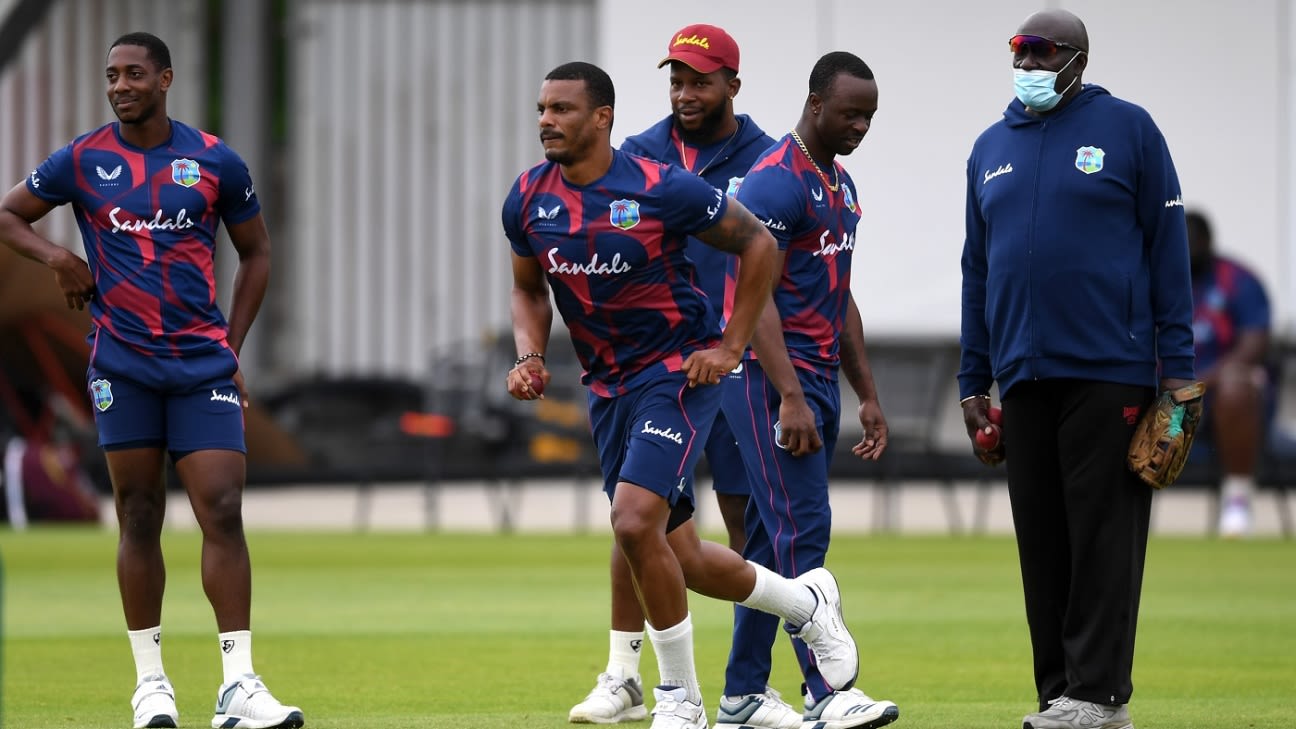 West Indies have officially added fast bowler Shannon Gabriel to their squad for the Test series against England. Gabriel had been part of the reserve personnel on tour but has proved his fitness and comes into the 15 vying for contention at the Ageas Bowl next week.

Gabriel underwent ankle surgery last year and has not played a first-class game since September, but he claimed figures of 8 for 122 across West Indies’ two warm-up games in Manchester.

“I am delighted that we are able to add Shannon to the Test squad,” CWI lead selector Roger Harper said. “He has shown that he is fit and ready, he will add experience, firepower and potency to the bowling unit.”

The addition of Gabriel to the full squad means West Indies will be able to call upon the same attack that helped them to a 2-1 series win over England in the Caribbean last year – although there have been concerns over the fitness of captain Jason Holder, who has been suffering from an ankle niggle and only bowled five overs so far on tour.