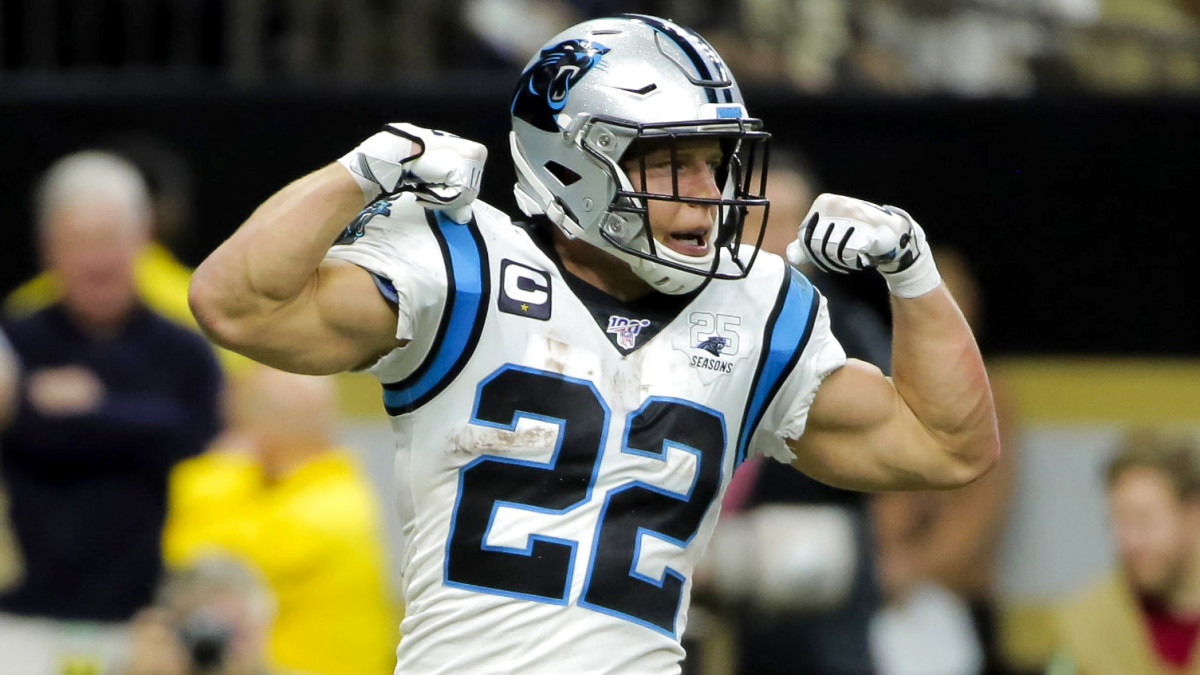 This coming Monday, after America celebrates Independence Day, the fantasy football community will come together to participate in the Scott Fish Bowl. This is Year 10 of the mega-league, so if you’ve seen the hashtag #SFBX all over Twitter, now you know why!

Before I discuss the draft and the interesting twists that it provides, I want to take a moment to talk about the commissioner, Scott Fish. Fish was named the Fantasy Sports and Gaming Association’s Humanitarian of the Year in 2019 for raising money for the Fantasy Cares program. The league has always been about finding ways for the community-at-large to give back via charities, and in particular, the Toys for Tots program. For that, Fish stands out among our peers as someone who has truly made a difference.

This year the league has 1,440 teams. Yes, that’s right, 1,440 teams! There are 120 12-team leagues made up of industry experts and fans. Experts are normally invited through the websites they write for, while fans must go on to scottfishbowl.com to make their case for why they should be invited. (Note: My kidney donor, Thomas Shepherd, is one of the fans participating in the league for the first time after reaching out to Fish, who graciously invited him to join.)

The SFBX has a unique scoring system that is different from most any league that a fantasy player would encounter. First of all, it is a superflex league, which means that a second quarterback can be started at the flex spot instead of a RB/WR/TE. This makes the draft more interesting as quarterbacks start flying off the board in the first round. I expect Lamar Jackson and Patrick Mahomes to be first-rounders this season. Additionally, in the 22-round draft, there are no kickers and no defenses as part of the league scoring, so fantasy players must go incredibly deep to find talent at the end of the draft.

The SFBX does not stop there. There are points for first downs made, QB completions, punt/kick return TDs, and there are even negative points for when a QB is sacked, passing incompletions and interceptions thrown. It is a non-trading format, and there are weekly waivers with $100 FAAB that fantasy players have to spend for the entire season.

For the first time in league history, Fish allowed teams to state their preference for both division (each division is always named after some clever theme—this year’s theme is Toys) as well as their preference for draft slot. Admittedly, I was going to let luck determine my draft selection, but when I saw other experts in the industry ask for a certain pick, I decided to do the same. (If you are wondering whether I suffer from FOMO, the answer is decidedly yes!)

This is my fifth year in the league, and for the first two years, I did not make the playoffs. In the last two seasons, though, I made it to the semifinals, which is quite the accomplishment considering that there are over 1,400 teams in the league. In the past two seasons, I learned the key rule that has helped me: wait on selecting a quarterback. In the past, I jumped at the chance to select Andrew Luck and Aaron Rodgers only to see my running back and wide receiver depth suffer all season long. Last year I made the semifinals with Bills QB Josh Allen and Giants QB Daniel Jones as my two starters. In fact, I was the last undefeated team in my conference last season (10-0) because I was able to draft Titans RB Derrick Henry and Bucs WR Chris Godwin earlier in the draft while other teams were taking their quarterbacks.

This year I have the good fortune of selecting first in my league. I apologize for ruining the suspense, but there is no way that I am passing on taking Panthers RB Christian McCaffrey (don’t tell my colleague Ben Heisler who recently made the argument for Saquon Barkley as the first player off fantasy draft boards). As for round two and beyond, I will have to see what my league mates do. If I can wait to take a quarterback until Round 5 and beyond, I would be more than happy to do so. If a ton of QBs are off the board early, I will make sure that I get at least one starter in Rounds 2 or 3. The most important thing in the Scott Fish Bowl and any other fantasy football draft is to pay attention to the draft board and see what your fellow owners are doing. Never follow the herd, as it will always let you down in the end.

I will do another update about the draft when it finishes in two or three weeks. Until then, be sure to check out social media as 1,440 experts, and fans will certainly be letting you know about their upcoming selections!