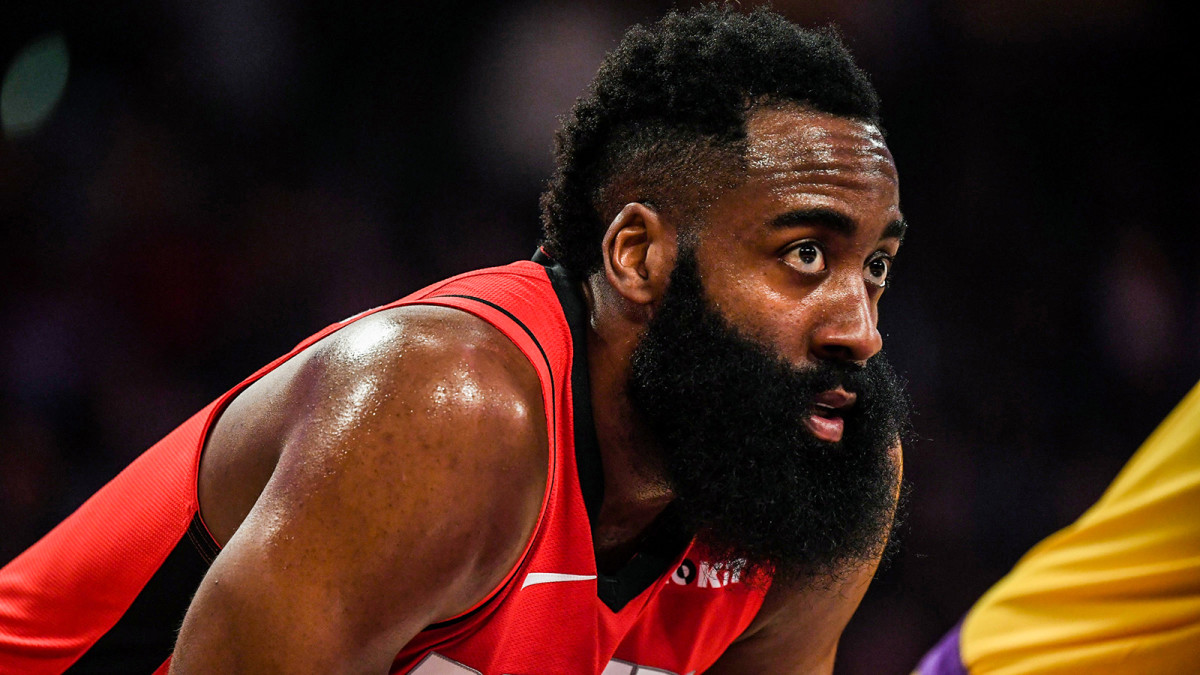 The NBA’s bubble plan to resume the 2019-20 season in Orlando is uncharted territory, but for some, the circumstances will further heighten an already make-or-break year.

Teams and players’ previous aspirations got put to the backburner once the season was postponed in March due to the coronavirus. Now that the NBA’s restart is less than a month away, goals are being refocused—and certain players will have heightened responsibilities for teams to contend and the league to succeed.

Players such as Giannis Antetokounmpo and LeBron James will bear the pressure of holding onto their teams’ leads in the East and West, but others around the league will also have the chance to step up to the challenge in Orlando. Which players will be under the most pressure when the season resumes?

Here are six players who will have the opportunity to make the most out of the NBA’s restart.

It is no secret that the 2019-20 season holds great expectations and opportunities for James. In his 17th year in the NBA, the four-time MVP has averaged 25.7 points, 7.9 rebounds and 10.6 assists while leading the Lakers to a 49-14 record atop the Western Conference.

The success experienced by the Lakers this year had raised hopes for a fourth ring for James, but he will be challenged with further rallying his team as it will be lacking a key piece. Avery Bradley, who averaged 8.6 points and 2.3 rebounds in 24.2 minutes, left the Lakers with a hole to fill after he announced that he will be sitting out the rest of the season.

In an effort to replace Bradley’s contributions, the Lakers will have the added task of meshing with J.R. Smith—who was signed by the team for the rest of the year. It is yet to be seen if Smith will be able to contribute consistently after not playing since November 2018. It will also be interesting to see how he will work with James after reuniting for the first time since their Cavaliers days.

How James leads the Lakers in Orlando will define the team’s ceiling. He has proven to be up to the task throughout his career, but with limited opportunities for him to win another championship, a rested and motivated James will be one to watch.

The Bucks were on track to make history prior to the NBA season’s suspension, and it is yet to be seen whether the team will pick up where it left off. All teams may not be properly structured to return to—and succeed in—high-intensity play over four months since the last regular-season game.

Milwaukee has many key contributors in its lineup, but none more important than reigning MVP Antetokounmpo. He has put together another MVP-caliber season while leading the Bucks to a 53-12 record.

While the Bucks may find challenges in hitting their stride in Orlando, the season’s hiatus has allowed time for Antetokounmpo to get to full strength. The extended rest time has allowed Antetokoumpo to heal from the knee injury he suffered prior to the season’s suspension, with coach Mike Budenholzer saying his star player is “completely and totally healthy.”

With Antetokounmpo getting time to heal, many may expect the Bucks to be the last team standing in the Eastern Conference—and perhaps the NBA. Antetokounmpo has said that “this is gonna be the toughest championship you could ever win,” and he will have to lead the way for Milwaukee to live up to the challenge.

The Jazz’s Rudy Gobert will be under a different type of pressure when he steps onto the court in the NBA’s restart.

Gobert has not played a minute since his COVID-19 diagnosis caused the NBA, and consequently the sports world, to halt in mid-March. His teammate Donovan Mitchell tested positive quickly after, which reportedly affected their relationship to the point that it was not seen as salvageable.

Utah Jazz executive Dennis Lindsey has downplayed any rift between Gobert and Mitchell, saying the two teammates are ready to “move forward.” But questions remain in how Gobert will be treated on the court. Will opposing players give him a harder time? Will Mitchell show frustration toward Gobert? Will Gobert be at full health?

The Jazz currently stand one game up on the Rockets and Thunder at the No. 4 seed in the West. Seeding will be on the line once the season resumes, so Gobert finding rhythm again in Utah’s lineup will likely be key to how the team will bounce back and get along in Orlando.

It has been argued that James Harden has the most to gain in the 2019-20 playoffs. With his league-high points per game (34.4) and an improved supporting cast, this season may be Harden’s best chance at a ring as the leading contributor.

What awaits Harden and the Rockets (40-24) in Orlando, though, is a steep challenge. Beyond the circumstances, both the Lakers and Clippers stand in Houston’s way in the Western Conference—potentially as early as the second round. The Rockets have beaten both the Lakers (once) and Clippers (twice) this season, but it is unclear which team will bring the most firepower with adjusted lineups and extended rest time.

For Harden to win his first ring, he will have to rely on his supporting cast in Orlando—especially Russell Westbrook. Once the calendar turned to 2020, Westbrook was at his peak, averaging 31.7 points and 6.8 assists in the new year. Westbrook and the Rockets found a late groove prior to the season’s halt due to COVID-19, but will need to regain that momentum in the hunt for a Finals trophy. Westbrook is capable of top performances, and both he and Harden will need to compete at MVP levels for the Rockets to take strides to be among the top contenders as the season restarts.

While many do not expect Houston to be the last team standing in the conference, the pressure is on Harden to perform in another career season. He will likely continue to dominate in future years, but 2020 provides an opportunity without the threat of the Golden State Warriors standing in his way.

After an underperforming 2019-20 regular season, the Philadelphia 76ers—sixth in the East (39-26)—have the potential to be a sleeper team come time for the restart in Orlando. Pressure has existed for the team to live up to its potential, and much of that will fall on Joel Embiid as the season resumes.

Heading into Orlando, the 76ers will have health on their side. Embiid has had time to rehab his shoulder, while Ben Simmons is expected to be healthy after dealing with a back injury. Still, serious questions remain as to whether the team can solve the chemistry issues that have plagued it throughout the year.

While the 76ers have a strong defensive rating (108.2), Embiid played a role in the team’s struggles on offense. Missing 26 games due to injury, Embiid’s points (23.4) and rebounds (11.8) have both taken a drop since last season. Embiid has proven there is another level to his game that he can reach, but it has remained largely untapped in 2019-20.

For the 76ers to contend in Orlando, they will have to rely on their chemistry and health, and Embiid stands at the base of both factors. If Embiid can help the team’s communication and assume more responsibility offensively, then Philadelphia can help make up for what has been a season that has fallen short of expectations.

If last year’s postseason proved anything, it is that Damian Lillard loves to live up to the moment. With the Trail Blazers sitting 3.5 games out of the No. 8 seed in the West this year, many may look for him to create the same magic in Florida.

One of the newly-announced 2K21 cover athletes, Lillard has experienced a jump in points (28.9) and assists (7.8) per game this season, along with his efficient three-point percentage (.394). Still, Portland has struggled defensively, allowing 115.2 points per game in 2019-20. It is a hurdle that the team has faced in its injury-laden year, having spent the majority of the season without Jusuf Nurkic and Zach Collins.

The return of Nurkic and Collins should add size and ease the responsibility Lillard has held this season in their absences. Still, difficulties exist as to whether the two will meld with the lineup after missing nearly the entire season. It will ultimately be on Lillard to orchestrate the offense to improve production and outlast the other teams also in the hunt for the No. 8 seed in the West.

Portland reached the Western Conference Finals last season in thrilling fashion behind the heroics of Lillard, but the five-time All-Star will have to fill a larger role for his team to reach the postseason in Orlando. The Trail Blazers have health on their side, and if Lillard can help rally the team past the Grizzlies in the West, Portland could potentially challenge the Lakers in the first round of the playoffs with its revamped lineup.