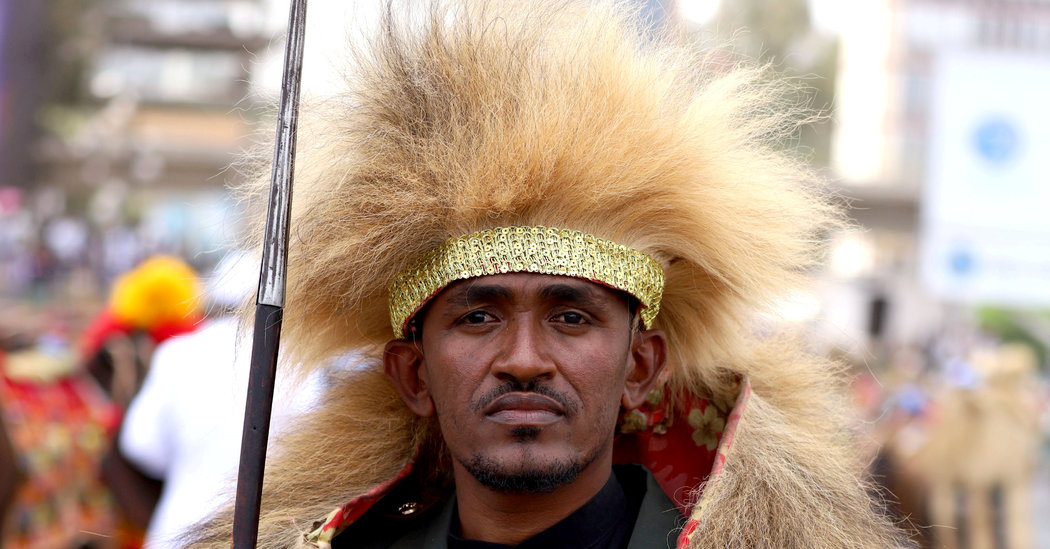 NAIROBI, Kenya — In life, Hachalu Hundessa’s protest songs roused and united Ethiopians yearning for freedom and justice. He is doing the same in death, with thousands flocking on Thursday to bury him in Ambo, the town 60 miles west of the Ethiopian capital of Addis Ababa where he was born and raised.

Mr. Hundessa, 34, was shot on Monday night by unknown assailants in Addis Ababa and later died of his wounds in a hospital. His death has ignited nationwide protests that have killed 81 people, injured dozens of others and caused extensive property damage. The authorities have blocked the internet and arrested 35 people, including a prominent media magnate and government critic, Jawar Mohammed.

The unrest, analysts say, threatens the stability of Africa’s second-most populous country and deepens the political crisis in a nation already undergoing a roller-coaster democratic transition.

“I am in bitter sadness,” said Getu Dandefa, a 29-year-old university student. When he saw Mr. Hundessa’s coffin in Ambo, he said he dropped to the ground and started crying.

“We lost our voice,” he said, “We will keep fighting until Hachalu gets justice. We will never stop protesting.”

Mr. Hundessa’s funeral serves as a moment of national reckoning in a country already facing myriad political, economic and social challenges. The fury aroused by his death poses a challenge to Prime Minister Abiy Ahmed, who rose to power in 2018 following a wave of antigovernment protests that Mr. Hundessa — a member of the country’s largest but historically marginalized ethnic group, the Oromo — helped to galvanize through his music.

Since then, Mr. Abiy, an Oromo himself, has introduced a raft of changes aimed at dismantling Ethiopia’s authoritarian structure, releasing political prisoners, liberalizing the centralized economy, committing to overhaul repressive laws and welcoming back exiled opposition and separatist groups.

In 2019, Mr. Abiy was awarded the Nobel Peace Prize for his initiative to resolve the decades-long conflict with neighboring Eritrea and for spearheading regional peace and cooperation in the Horn of Africa.

A nation of about 109 million people, Ethiopia has one of the fastest-growing economies in Africa, hosts the headquarters of the African Union, and is a key United States ally in the fight against terrorism.

But while the 43-year-old prime minister has made great strides, the changes have unleashed forces that have produced a sharp increase in lawlessness in many parts of the country, with rising ethnic tensions and violence that have displaced 3 million people.

Yohannes Gedamu, an Ethiopian and lecturer in political science at Georgia Gwinnett College, in Lawrenceville, Ga., said that the ruling coalition had lost its grip on the structures it once used to maintain order in an ethnically and linguistically diverse nation. As a result, he added, as the country moves toward multiparty democracy, rival ethnic and political factions have clashed over resources, power and the country’s direction forward.

The government has come under fire for failing to stop the killing of government critics and prominent figures, like the chief of staff of the Ethiopian Army, and its inability to rescue a dozen or more university students abducted months ago.

In combating the disorder, the authorities have resorted to the tactics of previous, repressive governments, not only blocking the internet, but arresting journalists and enacting laws that human rights advocates say could limit freedom of expression. Ethiopian security forces have been accused of gross human rights violations, including rape, arbitrary arrests and extrajudicial killings.

The coronavirus pandemic has complicated all this, leading the government to postpone August elections that many saw as a critical test of Mr. Abiy’s reform agenda. The move drew condemnation from opposition parties, who fear the government will use the delay to attempt a power grab.

“The last few days demonstrate just how combustible the situation in Ethiopia is,” said Murithi Mutiga, the project director for the Horn of Africa at the International Crisis Group.

He added: “The merest spark can easily unleash all these bottled up, ethnonationalist passions that have become the defining feature of Ethiopian politics, especially as it goes through this very delicate transition.”

While Mr. Abiy has a daunting task at hand, many say the government’s forceful response to discontent could make matters worse. Laetitia Bader, the Horn of Africa director at Human Rights Watch, said the group had received reports that security forces had used lethal force on protesters in at least seven towns.

“The initial signs aren’t good,” Ms. Bader said. “The government needs to make clear that it is listening to these grievances, creating the space for them to be heard and adequately responding to them without resorting to repression or violence.”

Given Mr. Hundessa’s stature, and how his music provided a stirring soundtrack against repression, the authorities should pull back and allow “people to grieve in peace,” said Henok Gabisa, the co-chairperson of the International Oromo Lawyers Association, based in St. Paul, Minn. About 200 of the city’s Oromo community protested on Tuesday.

“The Oromo people are in disbelief, shocked and confused,” said Mr. Gabisa, who knew Mr. Hundessa and met him a few months ago in Ethiopia. But arresting political opposition leaders like Bekele Gerba, of the Oromo Federalist Congress party, and raiding Mr. Mohammed’s Oromia Media Network only risked inflaming long-simmering tensions, he said.

Despite the recent upheaval, however, analysts still give Mr. Abiy high marks for his efforts to put Ethiopia on a new course.

“It is my understanding that revolutionary positive changes might actually take some time,” Mr. Gedamu said. “But overall, the gains of the reform outweigh the challenges.”

For now, tensions remain high across Ethiopia as Mr. Hachalu is being laid to rest. The military was deployed to parts of the capital on Wednesday, and witnesses reported hearing gunshots.

Rawera Daniel, 24, an unemployed university graduate in Addis Ababa, said the authorities should not crack down on citizens who want to mourn.

On hearing of Mr. Hundessa’s death, “I cried like I lost my mother,” he said. “He fought for our freedom. His lyrics spoke on our behalf.”

Mr. Mutiga, of the International Crisis Group, said that Mr. Abiy should rise to the occasion not just as a political leader but as Ethiopia’s healer in chief.

“I think where Abiy definitely could do better is to try to fashion consensus,” he said, “persuade his opponents and be more deliberative and consultative and try to carry people along with him.,”