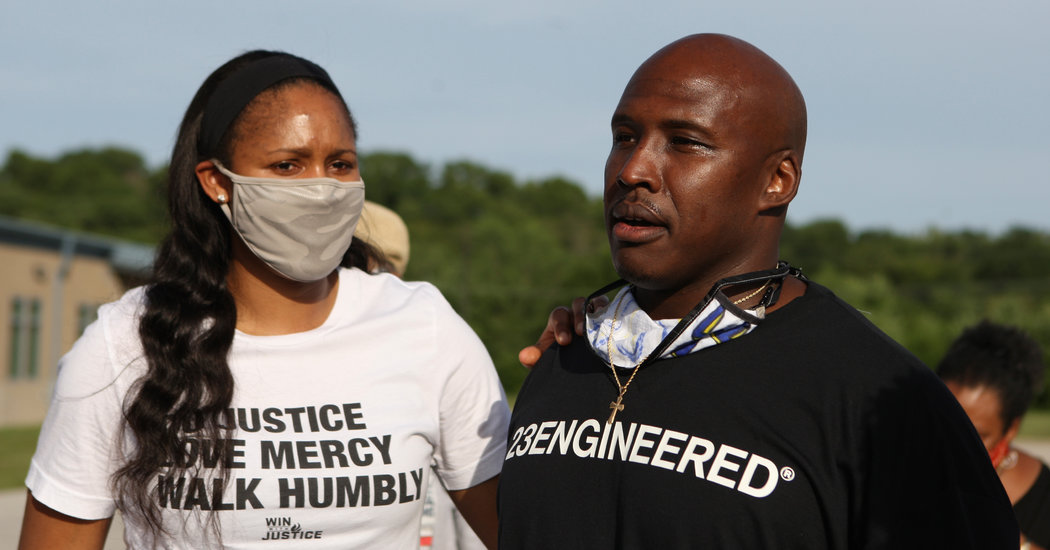 Despite his youth, Irons was tried as an adult. On the advice of his public defender, he did not testify. In a county with few minority residents, he was convicted by an all-white jury and given a sentence that made him ineligible for parole until he was about 60 years old.

Throughout his time in prison, Irons — a religious man who educated himself behind bars and earned commendations from prison administration — said he would never agree to parole, because it would require him to admit guilt when he had done nothing wrong.

Moore, an evangelical Christian who has spent much of the last year ministering in Atlanta and connecting with her church and family, continues to say she has no plans to return to basketball anytime soon. In January, she announced she was extending her hiatus for a second year, partly to continue helping Irons. That decision meant she would miss not only a second W.N.B.A. season, now set to start in late July after being postponed because of the coronavirus pandemic, but a chance to win a third straight gold medal in this summer’s Tokyo Olympics, which were moved to 2021.

During a recent telephone interview from prison, Irons said he initially planned to live with Moore’s godparents in Atlanta, across the street from her home. Moore’s godfather, Reggie Williams, had worked in his spare time to investigate Irons’s case and uncovered the key fingerprint evidence.

“I hope to be an agent of positive change,” Irons said in the interview. “I want to encourage and inspire people and share my story with anyone who will listen. I want to be an advocate, part of the conversation going forward, for justice and police reform.”

Asked about Stotler, Irons did not hesitate.

“He was a victim twice,” Irons said. “A victim once by the person who burglarized his home and assaulted him. And he was a victim of the police who manipulated him into identifying me.”

“I would extend my hand in peace to him. I want to dialogue with him. If he wanted to go for dinner, I would start there.”