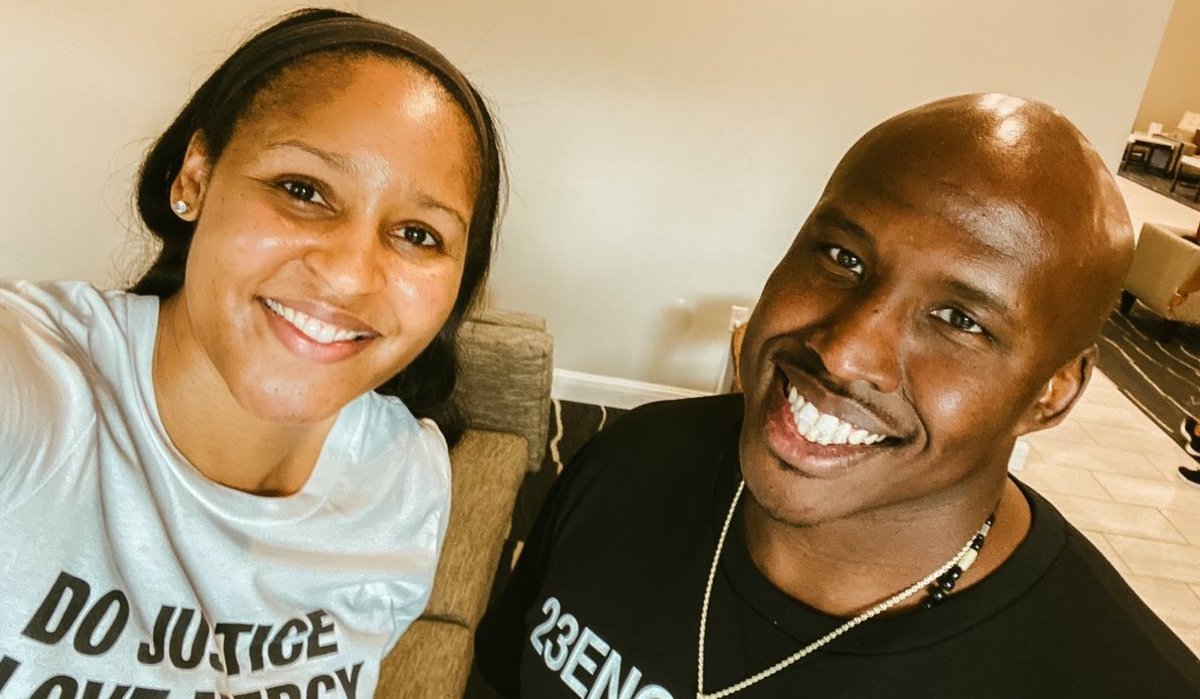 After serving more than 20 years in prison for a crime he did not commit, Jonathan Irons was finally released from prison on Wednesday.

Irons, 40, was serving a 50-year sentence on charges of burglary and assault for a crime that took place when he was 16 years old. His case for a retrial and eventual overturned conviction was aided by WNBA star Maya Moore.

Moore, whose relationship with Irons dates back to 2007 through her family’s involvement in prison ministry, walked away from her playing career in 2019 to dedicate her time to ministry work. In January, she announced she’d be skipping the 2020 season to focus on criminal justice reform.

As Irons walked out of a Missouri penitentiary a free man, Moore was among the friends, family and supporters there to greet him.

“I feel like I can live life now,” Irons said, according to Kurt Streeter of The New York Times. “I’m free, I’m blessed, I just want to live my life worthy of God’s help and influence.” He added: “I thank everybody who supported me—Maya and her family.”

Irons’ conviction was overturned on March 9 after Missouri judge Daniel Green granted Irons’s petition for a writ of habeas corpus. A key factor in Green’s decision was a fingerprint found inside a door of the house of Stanley Stotler, then 38, who was shot twice in the assault. The fingerprint report was never turned over to Irons’ defense team, and experts determined the print belonged to neither Irons nor Stoller. In his decision, Green wrote that the case against Irons was “very weak and circumstantial at best.”

About sitting out the 2020 WNBA season, Moore told The New York Times in January that she had no doubts about her choice, and that she’s investing her time and effort where she needs to be.

“I’m in a really good place right now with my life, and I don’t want to change anything,” Moore said. “Basketball has not been foremost in my mind. I’ve been able to rest, and connect with people around me, actually be in their presence after all of these years on the road. And I’ve been able to be there for Jonathan.”

Moore, 31, is a four-time WNBA champion and one of the best players in league history. She’s won two Olympic gold medals, the 2014 WNBA MVP award and made six All-Star teams.