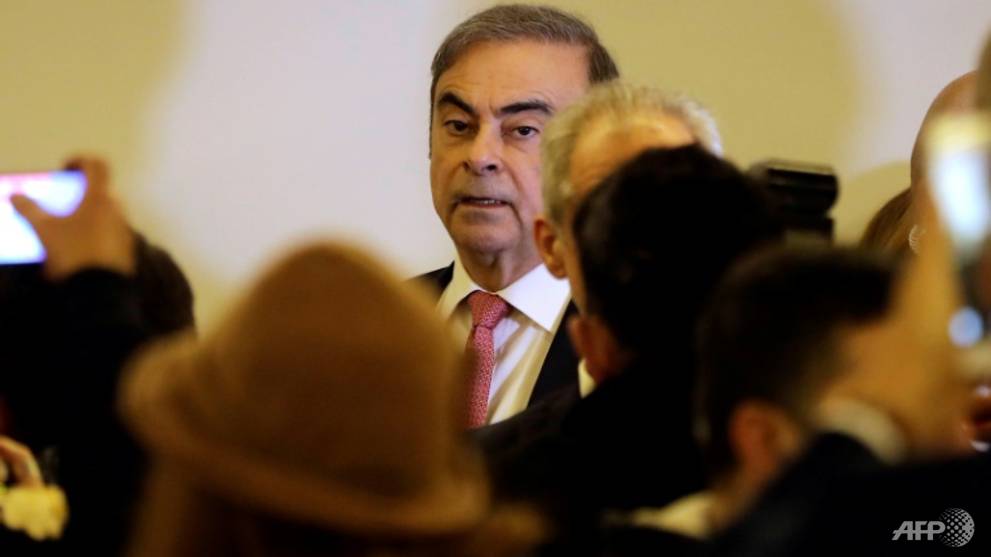 The men – security contractor and former US special forces member Michael Taylor and his son Peter – were taken into custody on May 20 after they were named earlier in a Japanese arrest warrant for participating in Ghosn’s dramatic escape.

The Taylors were arrested in Harvard, Massachusetts as the son was preparing to travel to Lebanon, where Ghosn fled after sneaking out of Japan.

The United States and Japan have an extradition treaty, but Lebanon and Japan do not.

“Japan’s requests for the extraditions of Michael L. Taylor and Peter M. Taylor have been submitted to the US Department of State in accordance with the extradition treaty between the United States and Japan,” Andrew Lelling, the US attorney in Massachusetts, told a Boston court.

The Taylors and a Lebanese man named George-Antoine Zayek are accused of helping Ghosn flee Japan on Dec 29.

Ghosn, who led Nissan for nearly two decades before his arrest in 2018, was out on bail awaiting trial for alleged financial crimes when he made the audacious escape.

According to court documents, the Taylors and Zayek, posing as musicians, helped the auto boss hide inside a large black case of the kind used to transport audio equipment for music, which they then loaded onto a private jet.

In February Nissan filed a civil lawsuit to reclaim some 10 billion yen (US$90 million) from Ghosn for what it called “years of his misconduct and fraudulent activity.”