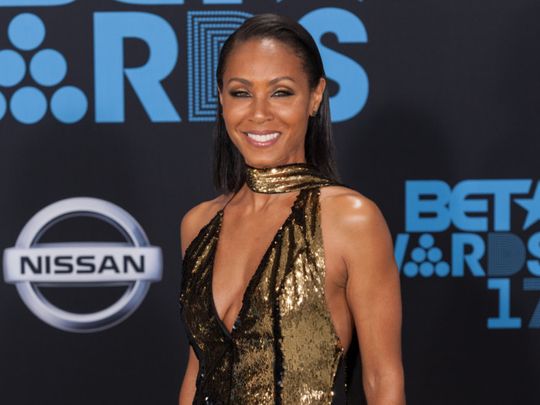 Singer August Alsina, 27, has opened up about his alleged relationship with Jada Pinkett Smith, 48 — and he even claims that Will Smith gave his blessings for the two to be together.

In an interview with Complex, Alsina seems to have been totally taken by Jada and gets candid about how badly his heart was broken, saying “it almost killed me. Not almost. It did.”

He also says Jada’s husband Will was in the know and that he was fine with it.

“I actually sat down with Will and had a conversation, due to the transformation from their marriage to life partnership that they’ve spoken on several times, and it, you know, not involving romanticism,” Alsina said. “He gave me his blessing.”

He added: “I totally gave myself to that relationship for years of my life, and I truly and really, really deeply loved and have a ton of love for her … I can die right now and be okay knowing that I fully gave myself to somebody … Some people never get that in this lifetime.”

Alsina said that he’s now opening up about the alleged relationship, which happened years ago — Alisna would have been 22 at the time they met — because he is “not okay” with his character being questioned.

“I’ve lost money, friendships, relationships behind it. And I think it’s because people don’t necessarily know the truth. But I’ve never done anything wrong. I love those people [the Smiths] … They are beautiful people,” said Alsina.

He referred to the break-up as “the hardest thing I ever had to experience in this lifetime.”

Jada’s representatives have shot down Alsina’s claims that the two had been in a relationship with Will’s approval, saying that the statements are “absolutely not true.”