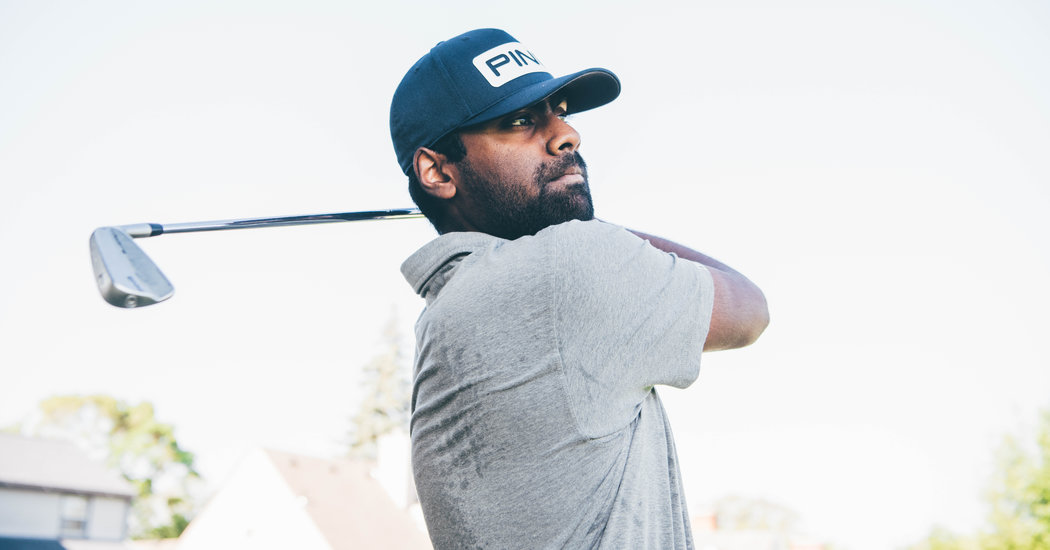 Sahith Theegala hardly remembered the details, but his father did.

Well before he was a three-time All-American golfer at Pepperdine and long before he made his professional PGA Tour debut this past week at the Travelers Championship in Cromwell, Conn., Theegala was a 10-year-old public course golfer trying to figure out fast greens. So his father, Muralidhar, who was born in Hyderabad, India, took him to a practice area at a local private country club he knew of near their home in the Los Angeles suburbs. In short order, a man walked up to them and delivered a clear message about race in golf.

“Rather than saying, ‘Who are you?’ he just said, ‘You’re not supposed to be here.’ He just assumed that because of the color of our skin,” Muralidhar said.

The incident did not thwart Theegala’s development to become the top male collegiate golfer in the country, a distinction he earned this season before his No. 1-ranked Pepperdine team had their national championship hopes dashed in March by the coronavirus outbreak.

Theegala, 22, who is Indian-American, now faces the biggest challenge of any amateur’s path, turning pro, as one of the smattering of nonwhite players in a traditionally conservative sport. He also does so at one of the most tumultuous times in history, as the PGA Tour’s restricted environment has been infiltrated by positive tests for the coronavirus among golfers and their caddies.

Standing 6-foot-3, with a languid and unorthodox swing and a sublime short game, Theegala will make the second PGA Tour start of his career this week at the Rocket Mortgage Classic in Detroit, hoping that his professional future can have a special impact.

“In light of what’s going on, I’m proud of who I am and what I’m adding to the golf community in terms of diversity,” Theegala said. “Ultimately, we’re all trying to do the same thing in pro golf and that’s make a successful career. Hopefully there is some inspiration behind that, for people who watch me and realize that you don’t have to be the stereotypical white golfer.”

It has never been easy for racial minorities to ascend to the top ranks of professional golf, from Lee Elder breaking the color barrier at The Masters in 1975 — the year Tiger Woods was born — to Harold Varner III addressing racial inequity while vying for the early lead at the Charles Schwab Challenge in Fort Worth last month while protests began gripping American cities after the death of George Floyd in police custody.

Theegala was born in Fullerton, Calif., eight months after Woods won his first professional major championship at the 1997 Masters, and moved to Chino Hills outside of Los Angeles when he was about 2 years old. Woods’s rise had been predicted to prompt an influx of golfers from more diverse backgrounds whether they were recreational players or pros, but 23 years later Woods and Varner are the only African-American golfers ranked in the top 200.

“I always believed that my boy is something special,” Muralidhar Theegala said. “Hopefully things work out, and by the grace of God, he’ll do wonderful. But I believe that he was born to do something great.”

At least once every two years, Muralidhar made it a point to bring the family back to India, where his parents still live. In 2001, Karuna, his wife and Sahith’s mother, began a battle with thyroid cancer, so her mother, Vijaya Laxmi, came to the United States to help with the children. Every year since, Laxmi has spent six months with them in California and six months back in India. Theegala balances his connection to India with a Southern California nonchalance: He’s warm and gentle, if not downright goofy at times.

“I’m definitely very proud of my background and my Indian heritage,” Theegala said. “But when I’m around my friends and other golfers, it’s not something that I think about.”

Theegala grew up in a family that emphasized academics and was enthralled by American sports. When Sahith was less than 2 years old, Muralidhar would prop the toddler up on his knee to watch Lakers games on television. When Muralidhar cheered, Sahith would get excited. And when Sahith got old enough to understand what was going on, he would cry when the Lakers lost.

Theegala was close to crying again in January when he finished off a college win at the Southwestern Invitational wearing a Kobe Bryant jersey over his collared shirt, two days after Bryant’s fatal helicopter crash. It was an unusual visual at the end of a golf tournament, but not as unusual as what Theegala has often done before them.

At the first tournament he qualified for as a college freshman, Theegala had warmed up terribly on the driving range, struck by a case of nerves. So he decided to shake them off by intentionally hitting even worse shots. Shanks zipped by competitors trying to prepare, and chunks of grass and dirt barely got out of his shadow. Full-swing flop-shots from a foot off the chipping green made people fear for their safety. Pepperdine Coach Michael Beard was summoned from the clubhouse to see what his young star was doing, and was shocked to see Theegala get to the first tee, take out a handful of irons and swing left-handed.

But when it was his time to tee off, the right-handed Theegala smashed a beautiful left-to-right fade in the narrow gap between a rock outcropping and a canyon. He then hit a 6-iron onto the par-5 green and two-putted for birdie to start his collegiate career.

“I was looking at my assistant like, ‘He’s going to be OK,’” Beard recalled, with a laugh. “To me, that kind of sums him up. He’s very comfortable with who he is.”

When Beard first began recruiting Theegala, he did so as much for the wunderkind’s resume as for his unconventional approach. Theegala had won the first tournament he played in at the age of 6, the prestigious Junior Worlds in San Diego, and won it again at ages 8 and 10. He moved up in age groups, holding his own against future PGA Tour pros like Xander Schauffele and Beau Hossler.

But when Beard first saw him, Theegala also shoved clubs into the wrong slots in his bag, wore socks pulled halfway up his calves and shirt slightly untucked. (Theegala continued needing fashion help throughout his college career.) The Theegalas were not members of a private club, and Sahith was mostly playing at a public course called El Prado.

Before Theegala made his professional debut in a small Outlaw Tour event in early June, he drove with Roy Cootes, his friend from junior golf and roommate for four years at Pepperdine, to Arizona where they stayed in an $80-per-night motel room. Theegala shot 62 in his first round as a pro before finishing in a tie for third, taking in about a $1,000 profit after the entry fee and expenses.

It was all in an attempt to keep his game sharp, a very different process than most rising stars in the game who are often overburdened with instruction and over-reliant on technology to aid in improvement.

“I was asking him how his short game is so put together, and he basically said nothing is mechanics-based,” Cootes said. “He’s just looking at the shot and trying to come up with the best situation to get it in the hole. He doesn’t care how he has to swing or what he has to do to get the ball in the hole. It’s so refreshing. It’s incredible.”

But Theegala’s game was not as sharp as he’d hoped during his PGA Tour debut at the Travelers Championship last weekend, as he shot even par over two rounds and missed the cut. He called it “a great learning experience,” which didn’t change his lofty expectations going forward.

“I don’t want to sound cocky or anything, but I’m playing to win,” Theegala said. “It’s not like I’m just playing to make the cut or anything like that. If you’re not trying to win, what are you doing?”