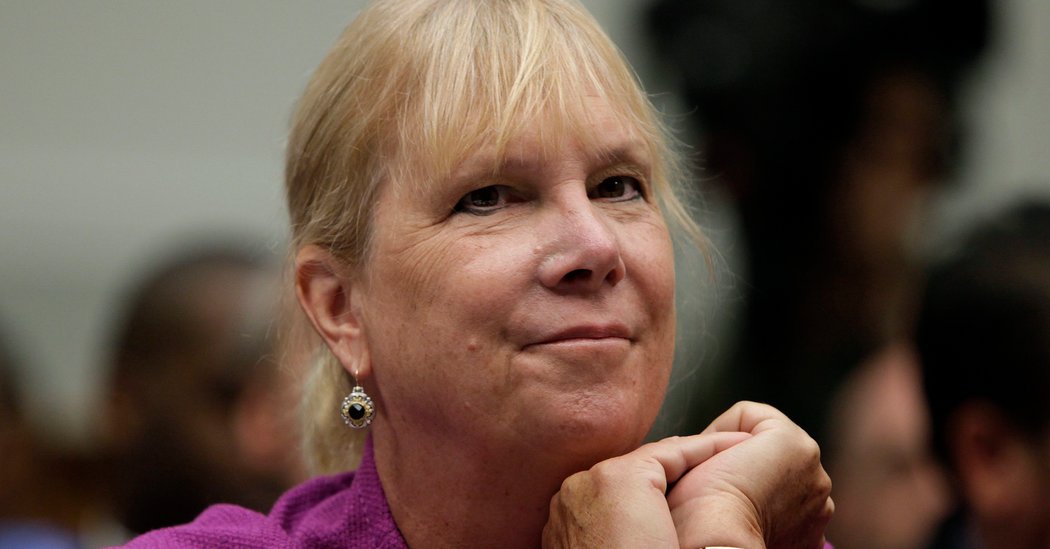 Gay Culverhouse, who put aside her career focusing on special education and child psychiatry to join the family business, the Tampa Bay Buccaneers of the N.F.L., and who went on to champion the cause of former professional football players debilitated by dementia and other health issues, died on Wednesday at her home in Fernandina Beach, Fla. She was 73.

A family spokeswoman said the cause was complications of myelofibrosis, a type of chronic leukemia that inhibits the production of red blood cells.

Ms. Culverhouse spent nearly a decade as a senior executive of the Buccaneers when they were owned by her father, Hugh Culverhouse Sr., who brought them into the N.F.L. as an expansion team in 1974. (Their first game was in 1976.)

Though she loved the game, she never intended to make football a career. Before joining the Bucs in 1986, she had earned a master’s degree and a doctorate in mental retardation research from Columbia University, and she had been an instructor at the University of South Florida College of Medicine, as an education specialist focusing on child psychiatry, from 1982 to 1986.

She resigned as the Buccaneers’ president in 1994, then made a resounding return to the pro football scene 15 years later when she lent her voice, backed by her money, to the cause of retired players with brain disorders that might have resulted from on-field concussions largely ignored by their teams.

After tracking down former players who had become neurologically impaired, Ms. Culverhouse testified in October 2009 at a House Judiciary Committee hearing on football brain injuries.

She characterized team physicians as management figures whose prime concern was keeping an injured player on the field to win games. In calling for the hiring of independent doctors and mandatory guidelines for sidelining players with concussions, she recounted what she had found among retired players who were incapacitated.

“When these men played, there were no huge salaries,” she said. “They are no longer besieged for autographs. They walk though our lives looking like old men crippled by arthritis and, in some cases, dementia.

“My men have headaches that never stop. They cannot remember where they are going or what they want to say without writing it down. Some are on government welfare. Some are addicted to pain medication. Some are dead.”

Based in Tampa and opened a month after her congressional testimony, it locates former players with dementia, provides them with medical assistance, and helps them apply for a program, jointly run by the N.F.L. and the players’ union and adopted in 2007, that provides up to $130,00 a year in financial aid for long-term dementia care.

The N.F.L. and its players’ alumni association announced in October 2010 that they would work with Ms. Culverhouse’s organization to expand its efforts.

Shortly before she testified at the congressional hearing, Ms. Culverhouse met with several former Buccaneer players who were neurologically impaired. They included Scot Brantley, a linebacker with the team for eight seasons in the 1980s, who had lost short-term memory.

“The thing that I always admired about Gay is that she’s a rebel with a cause,” Mr. Brantley told The New York Times. “Football was a man’s world. Still is. I’ve always said, if you want something done and done right, get a woman involved.

“No one else has shown any interest in us for a second,” he continued. “We might as well have the plague.”

Gay Culverhouse was born on Feb. 5, 1947, in Montgomery, Ala. Her father and her mother, Joy (McCann) Culverhouse, had met while students at the University of Alabama.

She graduated from the University of Florida in 1969 with a degree in special education before going on to graduate study at Columbia.

At her father’s behest, she put her career aside to join the Bucs, overseeing community relations and finances. She became vice president and treasurer in 1990 and team president, handling business affairs, later that year. She was for years one of the highest-ranking women in the N.F.L.

She resigned as team president in May 1994. Her father died that August, and in 1995 the trustees of his estate, estimated at about $380 million, sold the team to Malcolm Glazer, a Florida businessman, whose family still owns it.

Ms. Culverhouse left Florida in 1995 after she was traumatized by the arrest of an ex-convict subsequently convicted of plotting to kidnap either her or her daughter, a student at Eckerd College in St. Petersburg, Fla., for a $1 million ransom.

She was briefly president of Notre Dame College in suburban Cleveland, a women’s school at the time. She also continued working in special education and was a leading competitor on the Paso Fino horse-riding circuit.

Ms. Culverhouse said she was drawn to aid former players with dementia after Tom McHale, a Bucs offensive lineman during her time in the team’s front office, died of a drug overdose in May 2008 at 45 and was found to have chronic traumatic encephalopathy, a degenerative brain disease linked to repeated head hits.

“I became very concerned and started looking more thoroughly into concussions,” she told ESPN. “And I thought, ‘I’ve got to do something. I can’t let this fester.’”

She wrote about the issue in “Throwaway Players: Concussion Crisis From Pee Wee Football to the NFL” (2011).

In 2009, she was told that blood cancer and renal failure left her only six months to live. Outlasting that prediction by a decade, she often said she knew she was on borrowed time.

In addition to her daughter, Leigh Standley, Ms. Culverhouse’s survivors include a son, Chris; a brother, Hugh Jr., a lawyer in Miami; and several grandchildren. Her mother, Joy, died in 2016. Ms. Culverhouse had been married three times but was not married at time of her death.

In April 2010, Ms. Culverhouse was asked if she felt any guilt about helping run the Bucs’ organization at a time when player concussions were barely treated and were dismissed as little more than dings to the head.

“None of us knew what was going on, really,” she told The Times. “Now I’ll stand in front of a truck to make things right.”