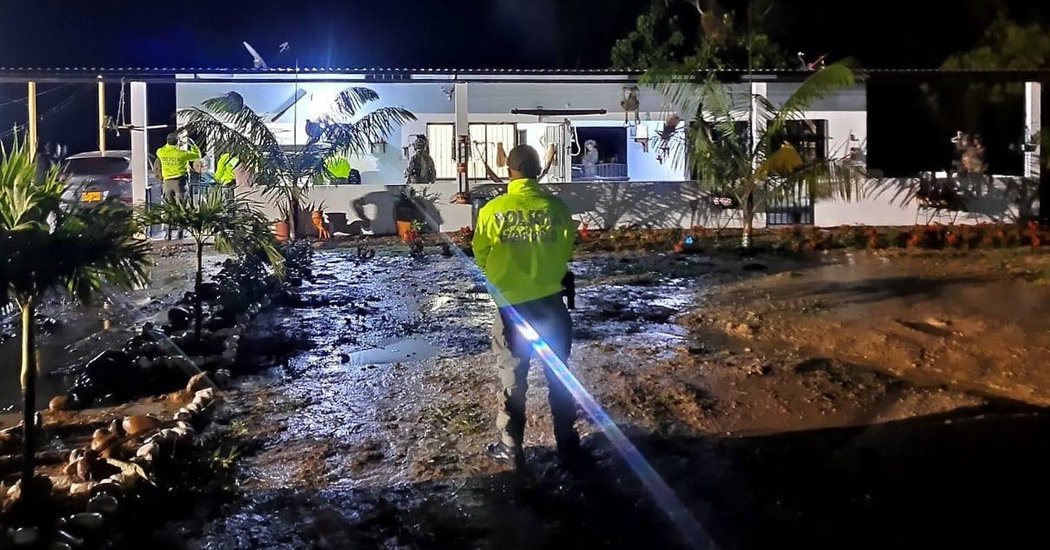 BOGOTÁ, Colombia — Colombian authorities have captured eight members of a left-wing guerrilla group who helped carry out the deadliest attack in years in the capital city, Bogotá, officials said on Thursday.

Prosecutors said the people arrested were members of the National Liberation Army, known as E.L.N., the rebel group that took responsibility for the car bombing at the National Police Academy in January 2019 that killed 22 cadets. The bombing shocked a country emerging from decades of civil war, and ended peace talks with the rebels.

“Colombia lived a very painful moment,” President Iván Duque said in a national address after the arrests were announced, calling the bombing a “miserable terrorist attack that ended the lives of 22 students who chose the path of good, to study to serve their society.”

The arrests and the investigation leading up to them allowed the police to dismantle both an urban guerrilla cell and the financial network of one of E.L.N.’s main groupings, which operates in the plains region in the east of the country. That network, “supplied resources, weapons, explosives and official uniforms and drugs to the urban guerrillas,” Mr. Duque said.

He added that the raids provided further proof that E.L.N.’s top leadership was involved in the attack, weakening the already-dim prospect of restarting talks and reaching an agreement with the rebels. At the time of the attack, the group’s leaders were in daily negotiations in Havana with government representatives on a possible peace deal.

The evidence could also raise tensions between Colombia and the Cuban government, which has declined to extradite top E.L.N. leaders residing there to face prosecution in Colombia.

The arrests took place in a series of raids around Colombia, including one on a cheese warehouse in a working-class neighborhood of Bogotá, where officials said the car bomb was hidden prior to the attack. Prosecutors said the guerrillas financed the attack by funneling drug trafficking revenues from their dairy-rich rural strongholds to a series of fake cheese companies in the capital.

Although the arrests dealt a blow to the E.L.N., they also revealed the group’s extensive presence in the most heavily-policed Colombian city and the sophistication of its financing and logistical networks.

And the top E.L.N. leaders accused of masterminding the attack remain at large.

“I don’t think this will be a big hit for the E.L.N., but it’s a necessary step by the government to investigate a crime that had such an impact on society,” said Luis Eduardo Celis, a Colombian security analyst. “E.L.N. is a complex organization that has very dynamic planning and financial capacity.”

Formed in the 1960s, the rebel group has transformed from a rigidly Marxist guerrilla force, fighting to depose the country’s right-wing elites, to a multinational criminal organization financed increasingly by drug trafficking, illegal gold mining and extortion in neighboring Venezuela.

The country’s largest leftist guerrilla group, the Revolutionary Armed Forces of Colombia, known as FARC, agreed to lay down the arms in 2016 after years of lengthy negotiations. Several right-wing paramilitary groups that fought in the civil war have also disbanded.

The 2019 bomb attack dashed hopes for a final national reconciliation and brought back, for Bogotá residents, memories of nearly daily violence at the peak of the insurgency in the 1990s.

Months after the policy academy explosion, factions of the FARC announced they were returning to the jungle to resume their fight.

Since then, a growing number of assassinations of left-leaning community leaders and Indigenous leaders in the countryside, among other factors that guerrilla members see as failures of promises made by the government, have further threatened to unravel the peace deal.