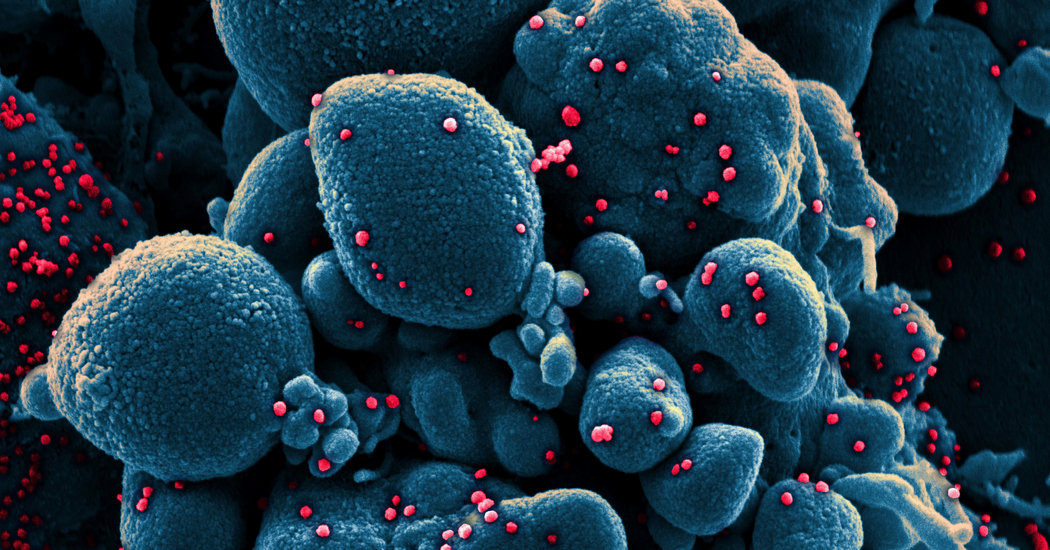 For months, scientists have debated whether a variant of the coronavirus that has come to predominate in much of the world did so partly because it is more transmissible than other viruses.

On Thursday, a team of researchers reported new evidence that is likely to deepen the debate rather than settle it, experts said; too many uncertainties remain, in a pandemic that changes shape by the day.

The new report, posted by the journal Cell and led by investigators at Los Alamos National Laboratory, suggested that the variant did have such an advantage. Other researchers said the findings were not yet definitive.

The underlying question is as important as ever, both for understanding the early phases of the pandemic and anticipating how it will progress in the coming months. If the genetic glitch that defines the variant, known as D614G, imparted even a slight increase in transmissibility, it would help explain why infections exploded in some regions and not in others with similar density and other attributes. Others experts argue that it is far more likely that the variation spread widely by chance, multiplying outward from explosive outbreaks in Europe.

Last month, virologists at Scripps Research, Florida, found that viruses with the D614G mutation were far more infectious than those without it, at least in cell culture. Those differences are necessary for higher transmission to occur in the real world, but hardly sufficient; there is no evidence that the D614G variant makes people sicker.

The new paper, led by Bette Korber, a theoretical biologist, presents evidence in the form of lab findings, tests of infected patients and a broad statistical analysis of the pandemic as the D614G variant repeatedly took over in cities, regions and countries. “The consistency of this pattern was highly statistically significant, suggesting that the G614 variant may have a fitness advantage,” the authors concluded.

In an interview, Dr. Korber said that the three lines of evidence “all support the idea this is quite likely to be a more transmissible virus” than other variants. She added: “It is the dominant virus in the world, it only took about a month for that to happen, and it’s now the one we should be looking at.”

The report also acknowledged that other alternate explanations were possible, including so-called founder effects — an advantage rooted in chance, and in the dynamics of transmission in regions where the variant first took off. Other research has found no evidence of increased transmissibility for D614G, and for many scientists the question remains an open one.

“It’s exciting to see a group take on the challenge of solving this, and the differences they report are intriguing, particularly the consistency across geography,” said Dr. Marc Suchard, a biostatistician at the University of California, Los Angeles, School of Medicine. “But this is an extraordinarily challenging problem, the evolution and demography are complex, so there’s much more work to be done.”

Dr. Korber helped focus scientists’ attention on the D614G mutation in early May, when she posted a paper arguing that “when introduced to new regions it rapidly becomes the dominant form.” The new report expands on the previous one, and Dr. Korber said that her group intended to continue its investigation by testing different variants in animals, to see if differences in transmission are detectable.