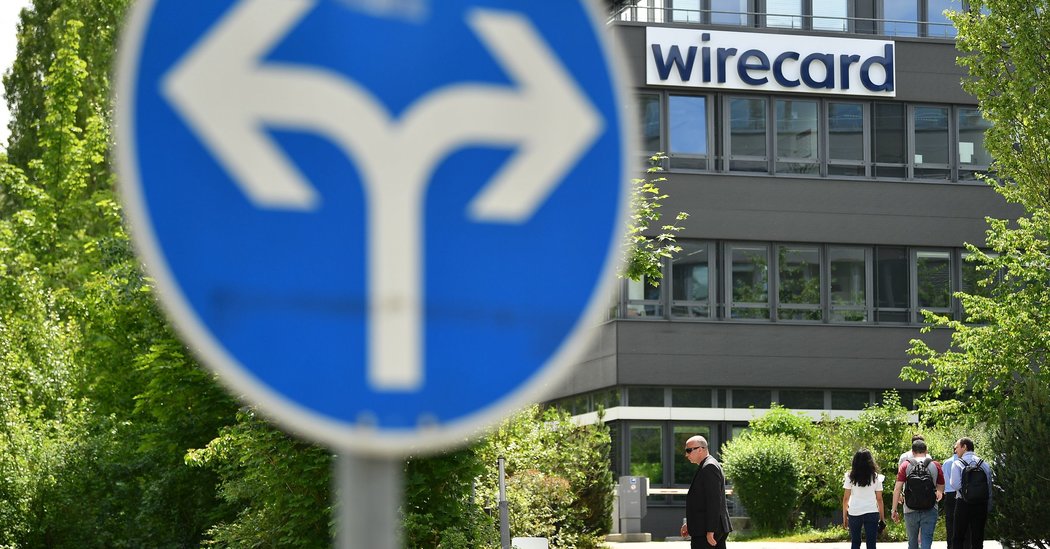 BERLIN — Two weeks after the spectacular crash of the German fintech giant Wirecard, Deutsche Bank said Thursday that it was open to provide emergency financing to help keep the company functioning, even as its former chief executive is out on bail and his top aide is hiding from the authorities.

“We are, in principle, prepared to provide this support,” said Sebastian Krämer-Bach, a Deutsche Bank spokesman, “if such assistance should become necessary.”

The lender said the offer was being discussed with Germany’s financial regulatory agency and the insolvency administrator currently running Wirecard’s affairs. It did not provide any further details.

The statement was perhaps the first bit of good news for Wirecard since the company, once a rising star of Germany’s tech scene providing digital payment services across the globe, imploded two weeks ago after its auditor could not find 1.9 billion euros ($2.1 billion) listed in the company’s books. The disclosure forced the resignation of Markus Braun, the longtime chief executive. He was later arrested on suspicion of market manipulation and released on bail after spending the night in jail.

Wirecard, which has 5,700 employees, later said the €1.9 billion probably didn’t exist, and filed for insolvency.

The company’s headquarters outside Munich have been searched twice by the police in recent weeks. Jan Marsalek, the former chief operating officer, who was fired shortly before Mr. Braun was arrested, is believed to be hiding in Asia, according to news reports.

Deutsche Bank has faced its own problems in recent years, and in January reported a loss for 2019 of €5.3 billion. Once Europe’s largest bank by assets, Deutsche Bank is trying to recover from years of its own scandal and mismanagement.

The Wirecard scandal has called into question the efficacy of Germany’s financial regulator, BaFin. The agency’s director admitted at a conference on Thursday to problems with oversight.

“This does indeed raise questions that I have asked regularly over the last two years, and which we need to address at a regulatory, a political level,” BaFin’s president, Felix Hufeld, said. He pointed out that the regulator’s formal responsibility was merely for a bank owned by Wirecard, not the whole company.

The government has not yet announced any concrete changes to BaFin. But this week it said it would dissolve the Financial Reporting Enforcement Panel, a private group assisting BaFin that was responsible for accounting oversight over Wirecard.