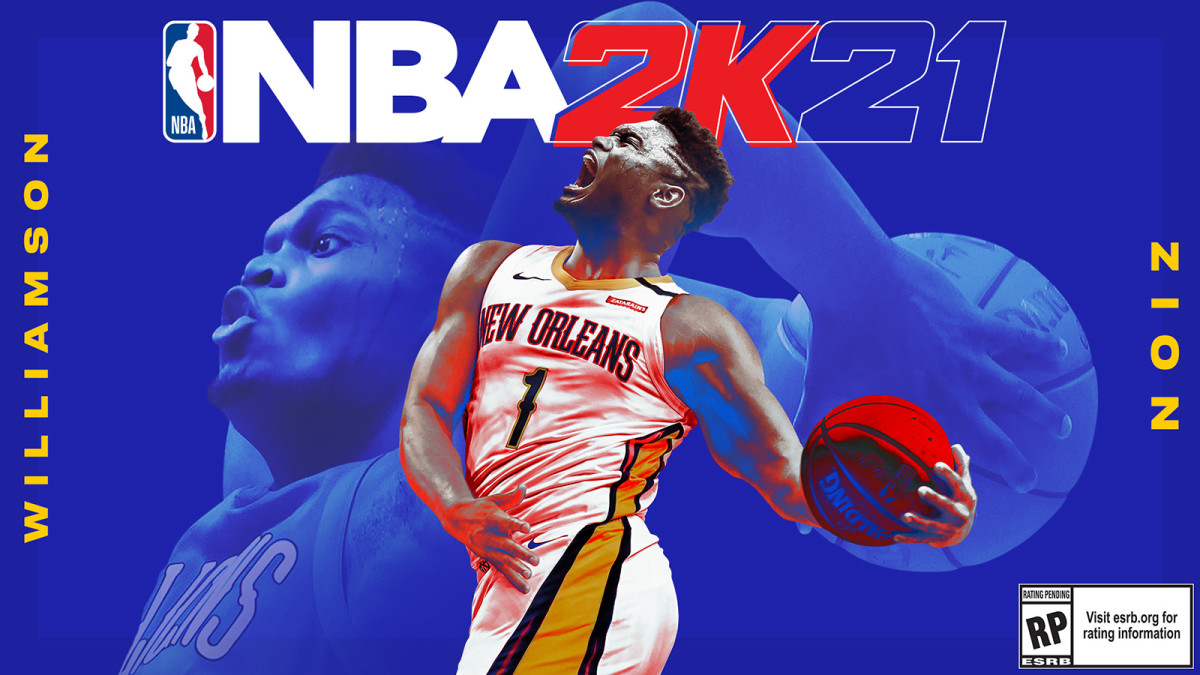 Zion Williamson has only been in the NBA for a little over a year and he’s already built one of the most impressive off-the-court résumés.

The New Orleans Pelicans star and the 2019 No. 1 overall pick has been named the NBA 2K21 cover athlete on next-generation consoles.

“Realizing that I am going to be on the cover of NBA 2K21 was one of those moments that I am still processing,” said Williamson over a Zoom chat with Sports Illustrated. “I dreamed about being on the cover and for 2K to give me this honor, it means a lot because I have always played 2K with teammates and all my friends growing up. 2K has always been there with me. Looking at each cover and thinking maybe one day I could possibly be on the cover of one of these and for it to actually happen is a lot to process.”

Williamson’s mother delivered the news to him.

“It was one of those subtle things, like ‘hey mom how is it going?’ and she was like ‘Yeah, 2K is going to put you on the cover.’ And it was one of those things that just grab your whole attention and you’re like ‘what, for real? Nah you are playing?’ And when my agent and my team confirmed it… like I am still processing it. That game is global. Everyone plays that game everywhere. For them to choose me as the cover athlete is a dream man.”

Williamson’s brand skyrocketed when his dunks and mixtapes at Spartanburg Day School went viral. The videos earned millions of views and it wasn’t long before Zion earned the one-name recognition to go along with athletes like LeBron, Serena, Shaq, and Ronaldo.

The former Duke star took the NCAA by storm, earning consensus 2019 National College Player of the Year honors and he became one of the most sought after sneaker prospects since LeBron James. He signed a deal with Jordan Brand for a record rookie sneaker deal worth $75 million over five years and he quickly became the face of the Air Jordan XXXIV signature model. His portfolio also includes a five-year deal with Mountain Dew and a multiyear deal with Gatorade.

Williamson said this past year has been a lot to process and he is still taking time to fully accept the reality of all his recent accolades.

“This year has been a lot. I got drafted No. 1, which was another dream come true and then my season was delayed because of a knee injury and then I came back and was able to play in 19 games and learned a lot within those 19 games. Then the season was postponed for obvious reasons and now 2K tells me I am going to be the cover athlete, it’s a lot to process.”

Williamson’s social media presence has instantly made him a can’t miss marketing star who can relate to the younger generation.

“For the cover of the next-generation version of NBA 2K21, we wanted to find someone who could represent the next-generation of NBA superstar,” stated Alfie Brody, VP of Marketing at NBA 2K. “Zion is one of the few young players who has met the hype and can be considered a standard bearer for the next generation. We’re thrilled that he is representing the 2K21.”

When asked what it means to join players like Michael Jordan, Kobe Bryant, LeBron James, and Giannis Antetokounmpo on the cover, Williamson says it is an honor and a dream come true.

“Just to have my name mentioned in the same sentence as those guys and I know I keep saying it but it is just a big honor. Those are greats and for them to put me in with those guys just means a lot”.

NBA 2K will announce the final cover athlete for NBA 2K21 on Thursday.