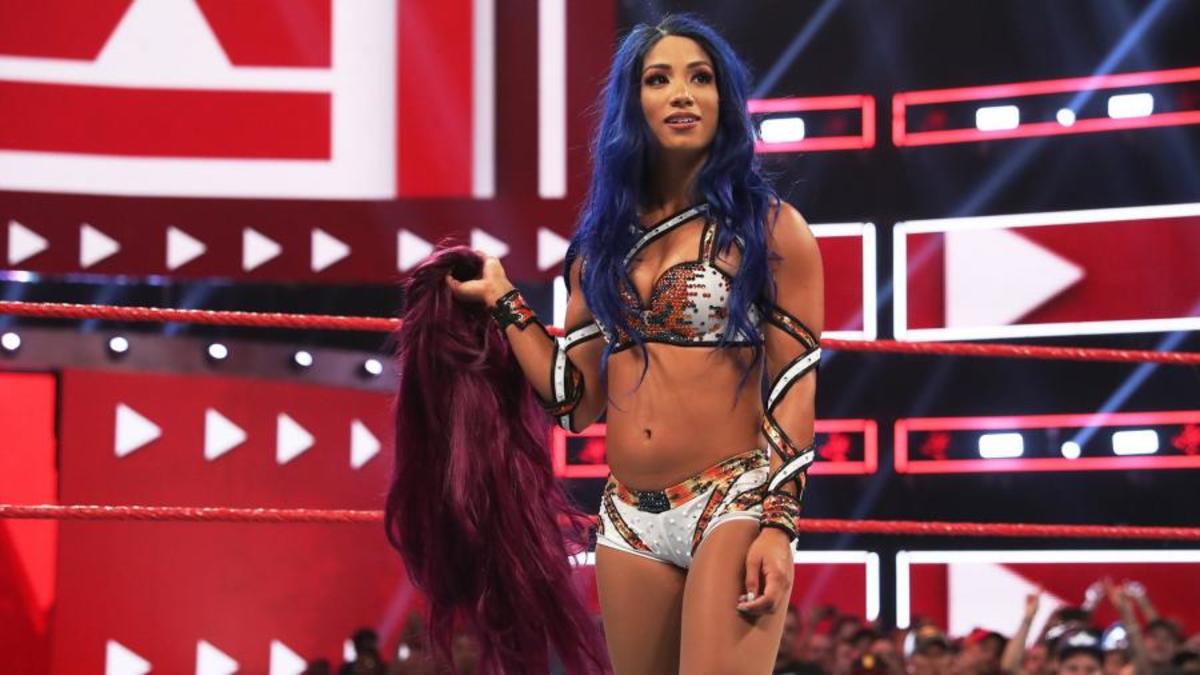 Sasha Banks is setting an example atop the wrestling world through her actions and her words.

“For me, being a role model and a leader is what I have to give back to the universe,” said Banks, whose real name is Mercedes Kaestner-Varnado. “It’s not easy to be so exposed and so open and so raw, but I’m here to show people that I’m a real person, too. I am just lucky and fortunate enough to be living my dream in front of millions of people. If that connects with people, if that resonates, all I can do is be myself and hopefully show people that no matter what they go through–whether it’s good, bad, or hard–we’re all in this together.”

An old interview of All Elite Wrestling star Sammy Guevara recently resurfaced during which he mentioned Banks in a horribly inappropriate manner. Guevara, who has been suspended by AEW for his comment, stated four years ago on the Raw’s 4th Hour podcast that he wanted to “go f—— rape” Banks. Though Banks had every right to admonish Guevara in her reply, she instead issued a statement filled with dignity and class, stressing accountability in order for true growth to occur.

“As you can see on social media, I left my comment out there, I made my statement,” said Banks. “I don’t feel like I need to touch upon it any more than I did, but as a role model, I have to lead by example. I can’t show hate with hate. I only can show through education, dignity, and integrity.”

Setting an example for her fans across the globe is paramount to Banks.

Banks calls herself “The Boss,” but that persona and state of mind took time, toil, and tears to build. She is open and honest about battling abandonment issues as a child, noting that her self-esteem was severely altered after her father left the family when she was only five. She looked toward her mother for guidance and strength, qualities she now shares with her fan base, a massive group that is both loyal and dedicated.

“We all have a journey and a story, and we’re able to tell people what we’ve overcome,” said Banks. “No one’s perfect, no one’s had an easy road or an easy life, but overcoming difficulty makes us who we are. I’m so thankful for everything that I’ve ever been through since I was a kid. If I didn’t go through those things, I wouldn’t be the strongest person I’ve ever been in my whole life.”

As captivating as Banks is on the microphone, her work in the ring is even more compelling. She steps in the ring Wednesday night at NXT’s Great American Bash special in a must-see match against Io Shirai.

Shirai is one of wrestling’s most phenomenal talents, and the possibility exists for a masterpiece when she shares the ring with Banks. She is also NXT Women’s Champion, a title Banks held in 2015. Banks had a transcendent run in NXT, and her TakeOver: Brooklyn match five years ago with Bayley helped set a new standard in wrestling.

“I’m just coming down here today to show people that this is not their NXT,” said Banks. “This has always been my NXT, and that’s what I’m going to show tonight.”

Since Banks and Bayley won the Women’s Tag Team Championship, they have wrestled across WWE’s entire lineup of shows, starring on Raw, SmackDown, and NXT in a manner that feels fresh and invigorating. Her main event this past Monday on Raw, teaming with Dolph Ziggler against Asuka and Drew McIntyre, was filled with tension and suspense, common denominators in Banks’ work.

“I used to wrestle five days a week,” said Banks. “It’s nothing new. Working three times a week is easy for me. If I need to work Raw, SmackDown, and NXT, then that’s what I’m going to do.”

Reaching and sustaining stardom in WWE is far from easy, but Banks continues to add a unique vigor and excitement to the product. Using her fame to set the right example, Banks has served as a beacon of light for WWE amidst the pandemic. And with such a passionate fan base behind her, she was asked if her next goal is to headline next year’s WrestleMania.