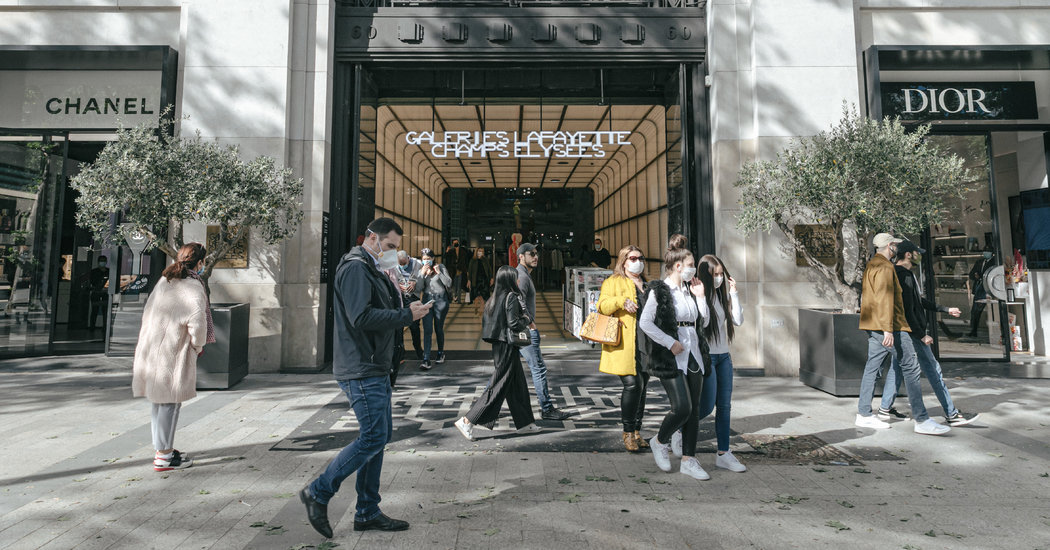 BRUSSELS — After the devastating financial crisis of 2008 and 2009, the United States recovered much more quickly than Europe, which suffered a double-dip recession. This time, many economists say that Europe may have the edge.

The main reason America did well was the rapid response of the government and the flexible nature of the American economy, quick both to fire workers but also to hire them again. Europe, with built-in social insurance, tries to keep workers from layoffs through subsidies to employers, making it harder to fire and more expensive to rehire.

But this is a different kind of collapse, a mandated shutdown in response to a pandemic, driving down both supply and demand simultaneously. And that difference creates the possibility that the European response, freezing the economy in place, might work better this time.

“It’s an important debate,’’ said Jean Pisani-Ferry, a senior economist with Bruegel in Brussels and the Peterson Institute for International Economics in Washington. “This isn’t a normal recession, and there’s a lot you don’t know, especially if the virus comes back.’’

By now, the coronavirus has turned the world into a giant laboratory of competing systems, each with its own way of fighting the virus and mitigating its economic damage. The contrast between Europe and the United States has been particularly stark.

Much of Europe resorted to strict lockdowns that mostly beat back the virus but capsized economies. In the United States, President Trump has prioritized getting the economy moving even as infections multiply.

Nearly everywhere governments had to step in with support as the emphasis shifted to relief and recovery. The common denominator is debt. The International Monetary Fund is forecasting that global debt will increase this year by 19 percent relative to gross domestic product.

But the contrast is not only about different systems. It is also about different wagers on how the pandemic will proceed — which will make all the difference to how long government relief can be sustained.

Already the different approaches are yielding different outcomes, not only in terms of infections and deaths — where the United States leads the world — but also jobs, with unemployment soaring in U.S. while it remains largely stable in Europe.

The United States has provided an early burst of funds for taxpayers and company support, but is effectively leaving it up to the market to reallocate jobs.

European governments, faced with an artificial shutdown, rather than a traditional fiscal crisis, have chosen to try to “freeze” their economies, in the hope of resuming them quickly.

They have bet on a fairly rapid recovery, opting to try to preserve jobs as much as possible through wage subsidies, often up to 80 percent of salary, and for part-time work.

But if the pandemic goes on too long, or returns in an extended second wave, European governments are unlikely to extend such support for much longer.

Already, said Mr. Pisani-Ferry, “everyone is pulling back a bit.” Some plans were very generous and “there is a question of balance — you want to avoid fraud and avoid companies keeping people on furlough if there’s no chance of rehiring them.’’

Many European countries have adopted what is known in Germany as ‘‘kurzarbeit,’’ in which firms promise not to lay anyone off but to share the work, while the government makes up much of the lost income.

“So far Europe is doing quite well, with a huge increase in unemployment in the U.S. and not so much here,’’ said Guntram Wolff, director of Bruegel, an economic think tank.

“If what we see is temporary, if we return to an economic system much like before, then kurzarbeit is the right response,’’ he said. ‘‘But if you think there will be longer-lasting shifts, if you need to reallocate, then the U.S., which is more agile, may be better off.’’

Initial American spending was massive — up to $2.7 trillion in March and April (about 13 percent of gross domestic product) to provide economic relief to individuals, firms and states. It was the largest economic stimulus in American history. It was also several times bigger than Europe’s package, which in France, for example, was only 2 percent, Mr. Pisani-Ferry said.

Still, “the European response was better — simpler and more effective in terms of the use of public funds,’’ he said.

The reason is Europe’s existing social welfare system. Its “automatic stabilizers’’ kick in to support the poor and unemployed, without the need, as in the United States, to pass ad hoc legislation.

The American response was a broad rather than targeted attack, with large amounts of money handed out quickly but indiscriminately and thus inefficiently by the Treasury, which had no system in place to do otherwise.

The main point was to get money into the system so it did not shut down entirely, so consumer demand would continue. But the Treasury ended up giving a lot to those who did not need it — including to many dead people — and on a first-come, first-serve basis to employers, some of whom did not need the help.

But even that huge spending, largely targeted at individuals rather than employers, did not prevent massive layoffs. Washington is relying on unemployment insurance and increased those payments by $600 a week, but that runs out at the end of July. Without any certainty about what comes next, consumers will hesitate to spend, slowing any recovery.

The rise in unemployment in America has been roughly five times that in France, Mr. Pisani-Ferry wrote in a paper with Jérémie Cohen-Setton. “As an immediate crisis response, the French (and European) approach undoubtedly offered a bigger bang for the buck.’’

But such European generosity to prop up the existing system may slow job growth compared to the more flexible, insecure American system, where it’s easier to hire and fire, argues Megan Greene, an economist at Harvard’s Kennedy School.

“Labor market flexibility creates more opportunities for U.S. workers, usually leading to a faster recovery after a downturn,’’ she wrote.

That has helped America bounce back faster in traditional recessions, but this is a different kind of recession, a sudden freeze with no obvious exit.

“The United States had a much larger fiscal stimulus, but as usual, fewer automatic stabilizers, so the discretionary part was bigger,’’ said Lucrezia Reichlin, professor of economics at London Business School. “So in America there is a bigger debate about who is winning and who is losing.’’

Jacob Funk Kirkegaard of the Peterson Institute for International Economics pointed out that because most Europeans don’t have to worry about getting their salaries, the “lockdown was also easier to sustain.’’

That was especially true, he said, for “the critical eight weeks, mid-March to mid-May,’’ when Europe largely succeeded in snuffing out the rapid advance of the virus, which is continuing to spread in the United States at a record pace.

In the United States, “there are a lot of voices clamoring to open up or it will cost us the economy, since there are millions of Americans that need to work to put food on the table,’’ he said. “So Americans were willing to take chances that Europeans did not have to.’’

A lot will depend now on the course of the pandemic.

No doubt, Europeans continue to argue fiercely over the size and shape of their coronavirus recovery fund and how it will be distributed, but by now there is no doubt that the money will be in the pipeline.

If Europe is lucky and can engineer a broad, comprehensive lockdown but a short one, then whenever that money arrives next year will help the economy grow, especially if recovery is slow, weak and prolonged.

Last week, Christine Lagarde, the head of the European Central Bank, which stepped in with a massive program to guarantee new government debt, said: “We probably have passed the lowest point,’’ but given all the unknowns, “I say that with some trepidation.”

In the United States, on the other hand, the uncertainty of the government response is itself a factor. “Despite being one country,” Ms. Reichlin said, “the U.S. is coming out much more fragmented than Europe.’’

If American consumers remain apprehensive, or their unemployment benefits run out, or if there is a continued rise in illnesses or a second coronavirus wave, the American recovery could be short-circuited.

“We live with the idea that the U.S. has an ability to rebound that is almost unlimited,” Michel Duclos, a former French ambassador, told The Atlantic. “For the first time, I’m starting to have some doubts.”