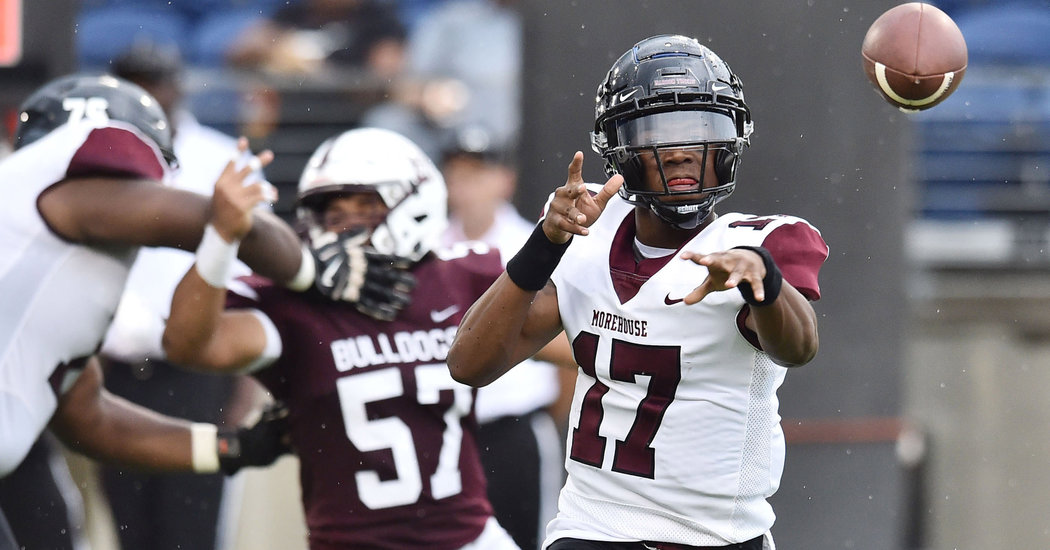 Jeffries, the professor at Ohio State, said college athletes could soon consider their place as cogs in a machine — much the same way a handful of W.N.B.A., N.B.A. and Major League Baseball players have chosen not to return as their leagues plot restarts during the pandemic.

And perhaps the Arizona players are a start.

“These are kids that play with broken bones, concussions — that’s the professional athlete mentality even if you’re not getting paid,” he said. “But I do wonder, in this moment that we’re in, if we’re very close to having a serious reckoning with race and college sports. It’s not a big leap for an athlete to say, ‘you value my humanity and you’re going to put me in this situation?’”

“I would not be surprised, especially as these conversations of Black lives and dignity and worth continue, and are increasingly being captured and articulated by college athletes, that if Covid cases continue to increase in athletic facilities we hear them say, ‘nah, this doesn’t make any sense.’”

Hawkins, the Houston professor, said that carrying on with football given recent data on asymptomatic spread, increasing rates of infection among college-age adults and outbreaks among teams “is anti-intellectualism at its finest.”

Still, he called Morehouse’s decision to call off football “gutsy” and “profound,” because the sport underpins the economic and cultural foundations of so many colleges.

“That’s why it’s provocative to say, ‘no, we’re not going to do this, we’ll survive, we’ll bounce back,’” said Hawkins, who spent 20 years teaching at Georgia, a Southeastern Conference power. “It’s sad when the economic piece trumps the health and well-being of the students, but that’s capitalism — exploit the labor. So, a major piece is that it took an H.B.C.U. to come to this decision. If a school like Alabama or Georgia took the lead, that would be an amazing step.”