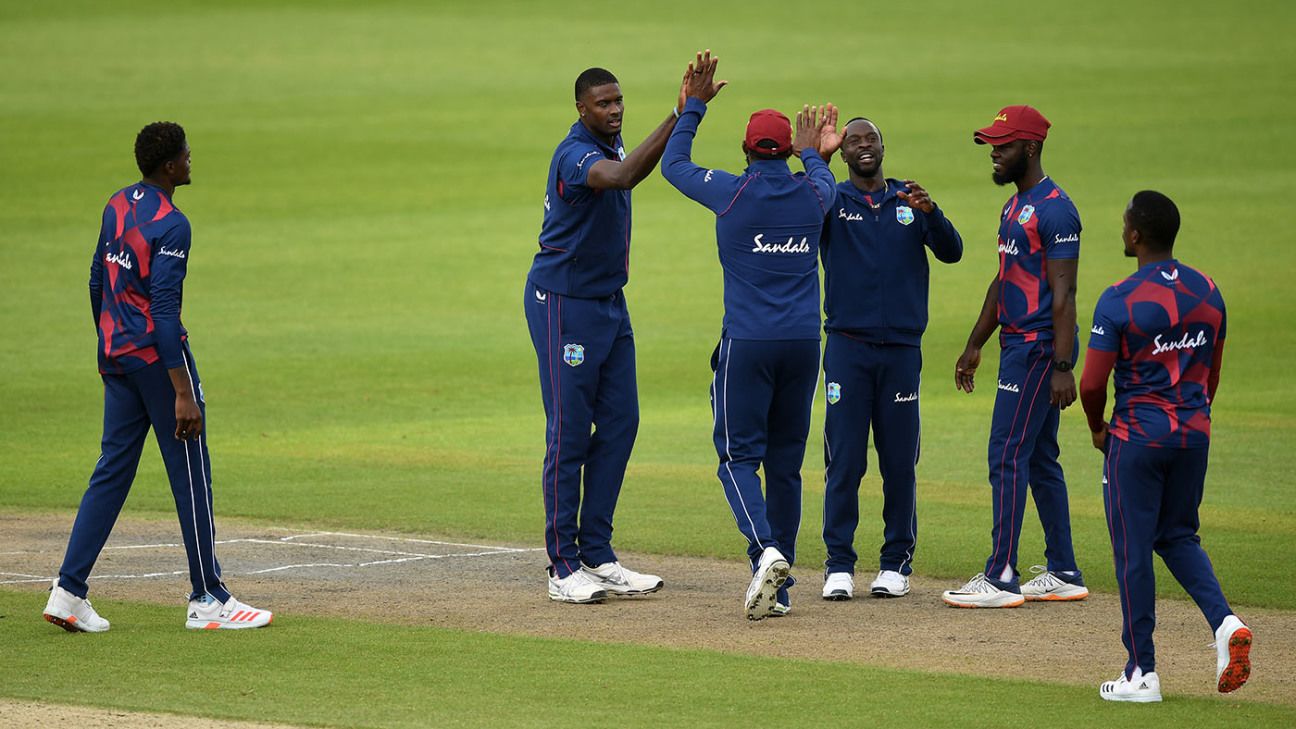 Jason Holder has told West Indies’ batsmen to “really look at [themselves] in the mirror” after suffering a top-order collapse on the third day of their intra-squad warm-up match.

The second fixture between the Holder XI and the Brathwaite XI has again pitted the Test side’s likely bowling and batting line-ups respectively against each other, and on Wednesday there was no doubt who came out on top, as the batsmen limped to 112 for 7 at the close.

Holder, who took a wicket in his first over of the tour, told the PA news agency: “No doubt, we’ve got to really look at ourselves in the mirror and really knuckle down, especially up front.

“Up front is probably the hardest place to bat in any format in cricket and we’ve got to find ways to fight a little bit harder up front in our innings.

“But in our first game, you pretty much saw people knuckle down and got in, Kraigg played really well and he’s been batting well in the nets, Shai Hope got a score in the first game. There’s still some scores from our top-order.”

Holder did not bowl in the first game after an ankle niggle, but said that he was feeling “pretty good” after getting through five overs on Wednesday evening.

“I’m pretty good. I won’t push it as hard as I probably would in a game as yet, but there’s still a few more days before the first Test but this has been the first bowl in the middle I’ve had since maybe March.

“I just need to work myself back into it, gradually. I don’t feel under-prepared. I’ve had a good amount of time in the nets. Yes, I haven’t had the time in the middle but I’ve ticked all the boxes in terms of preparation.”

Meanwhile, wicketkeeper/batsman Joshua Da Silva has declared himself ready for inclusion in the Test side if incumbent Shane Dowrich is not fit to play in the first Test.

Dowrich hurt his side in last week’s warm-up game, and has played no part in this warm-up match as a precaution. A Cricket West Indies spokesperson said that Dowrich was “100% fit”, but Da Silva said that he was “definitely” ready if called upon after making an unbeaten 133.

“Any opportunity I get, I’ll be ready to take, 100%,” he said in a virtual press conference. “You’re always trying to make the first team, but it’s not in my control. I’m just here to play cricket and score runs when possible – whatever happens, happens.

“[The innings] wasn’t that difficult for me. I’ve been doing a lot of work with [batting coach Floyd] Reifer. All the other guys I thought gave away their wickets a little easily. The wicket had a bit in it – it was a bit slow, it was a bit two-paced at times and the ball moved around at times as well.

“It means everything. Every hundred is an awesome feeling to me. I opened last season for the majority of the season, and did it in a couple of games this season as well, so it’s nothing I’m not accustomed to. Anywhere I’m needed, I’m ready to take up the role.”

Despite his analysis that his team-mates had given away their wickets too easily, Da Silva said that he was “100% confident” that the batsmen were ready for the first Test on July 8.

“The squad and the batting group is quite ready. In the last practice match we had a few good scores from each of the batsmen. I’m 100% confident that the guys are ready for the Test coming up. The bowlers asked the right questions – it can happen.”