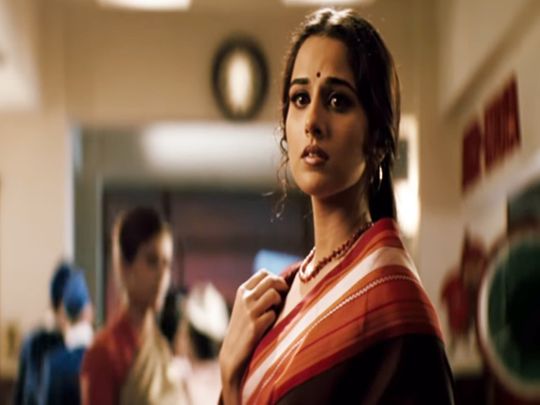 Composer Shantanu Moitra of ‘Parineeta’ fame recalled seeing actress Vidya Balan in a very vulnerable state when she was rejected 75 times for her starring role in the film.

Directed by Pradeep Sarkar, ‘Parineeta’ was an adaptation from the Bengali novella of the same name by Sarat Chandra Chattopadhyay. The film also starred Saif Ali Khan, Sanjay Dutt and Dia Mirza.

Looking back at the experience of working on the film, he said: “The fondest memory I have about ‘Parineeta’ is that of an incredible girl who was sitting with us at Vidhu Vinod Chopra’s office. We slowly became friends.”

“I asked her what she was doing and she said she was here for audition. I’m talking about Vidya Balan. This story is for those people who think that enough is enough, let’s give up. The girl auditioned about 75 times and got rejected every single time. Can you imagine her self-worth? Then Pradeep would tell Vinod to try a new look because the previous one wasn’t working. At that time, many top actresses were giving the same auditions as well and calling him for a role. Think about the pressure on that girl!

“I still remember the day after getting rejected for the 75th time, there was a Bryan Adams concert in Mumbai and she said that she was going for it. At that time, Pradeep said that ‘let’s do one last audition’ and around 3.30pm, she quickly came and gave the test with the belief that it won’t happen and after her test, she left for the concert,” he added.

Moitra continued: “The next part, I was the witness to since I was there to present our song ‘Piya bole’. The song happened and things were going smooth when suddenly Pradeep opened the laptop and told Vinod that there is one more test. Vinod just took a look at it and said that they have finally found her, they found Parineeta. Now the deal was to call Vidya from the concert.”

Moitra continued: “Pradeep was calling Vidya but she was thinking about switching off the phone, thinking that the call was about a rejection. Someone texted her — ‘Dude it’s over, you are ‘Parineeta’. I think she got the message and she walked outside, crying. She just kneeled and was sobbing because she had got the role. After that film, she became this amazing actress, strong woman but I have seen her in that vulnerable state when she was rejected 75 times.”