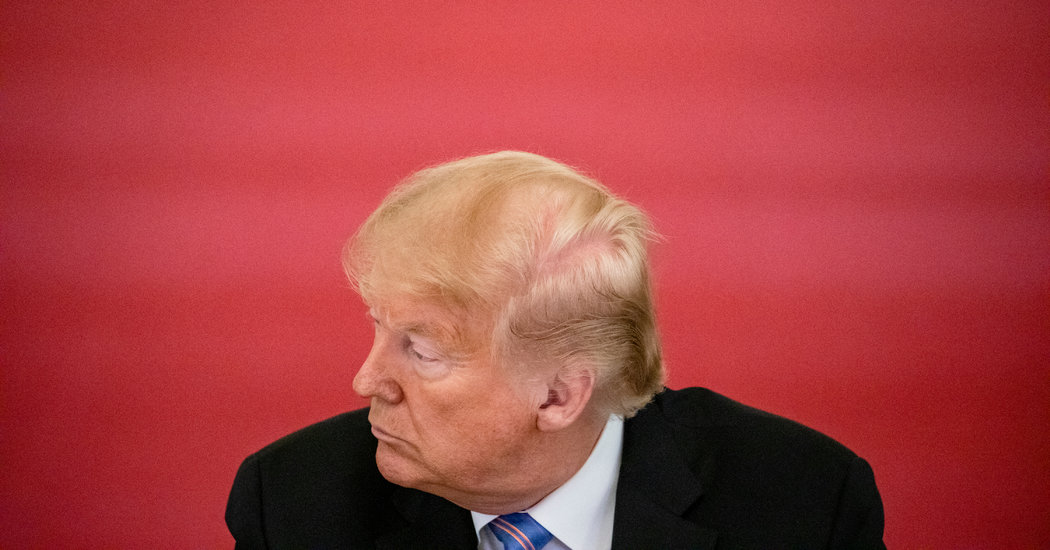 The intelligence finding that Russia was most likely paying a bounty for the lives of American soldiers in Afghanistan has evoked a strange silence from President Trump and his top national security officials.

He insists he never saw the intelligence, though it was part of the President’s Daily Brief just days before a peace deal was signed with the Taliban in February.

The White House says it was not even appropriate for him to be briefed because the president only sees “verified” intelligence — prompting derision from officials who have spent years working on the daily brief and say it is most valuable when filled with dissenting interpretations and alternative explanations.

But it doesn’t require a high-level clearance for the government’s most classified information to see that the list of Russian aggressions in recent weeks rivals some of the worst days of the Cold War.

There have been new cyberattacks on Americans working from home to exploit vulnerabilities in their corporate systems and continued concern about new playbooks for Russian actors seeking to influence the November election. Off the coast of Alaska, Russian jets have been testing American air defenses, sending U.S. warplanes scrambling to intercept them.

It is all part of what Senator Mitch McConnell of Kentucky, the majority leader, said on Monday was “the latest in a series of escalations from Putin’s regime.”

Yet missing from all this is a strategy for pushing back — old-fashioned deterrence, to pluck a phrase from the depths of the Cold War — that could be employed from Afghanistan to Ukraine, from the deserts of Libya to the vulnerable voter registration rolls in battleground states.

Officially, in Mr. Trump’s national security strategy, Russia is described as a “revisionist power” whose efforts to peel away NATO allies and push the United States out of the Middle East have to be countered. But the paper strategy differs significantly from the reality.

There are at least two Russia strategies in this divided administration. Secretary of State Mike Pompeo, usually so attuned to Mr. Trump, speaks for the hawkish wing: He came to the State Department podium a few weeks ago to declare that Crimea, annexed by Russia six years ago, will never be recognized as Russian territory.

Yet the nature of intelligence — always incomplete and not always definitive — gives Mr. Trump an opening to dismiss anything that challenges his worldview.

“By definition, intelligence means looking at pieces of a puzzle,” said Glenn S. Gerstell, who retired this year as the general counsel of the National Security Agency, before the Russian bounty issue was front and center. “It’s not unusual to have inconsistencies. And the President’s Daily Brief, not infrequently, would say that there is no unanimity in the intelligence community, and would explain the dissenting views or the lack of corroboration.”

That absence of clarity has not slowed Mr. Trump when it comes to placing new sanctions on China and Iran, who pose very different kinds of challenges to American power.

Yet the president made no apparent effort to sort through evidence on Russia, even before his most recent call with President Vladimir V. Putin, when he invited the Russian leader to a Group of 7 meeting planned for September in Washington. Russia has been banned from the group since the Crimea invasion, and Mr. Trump was essentially restoring it to the G8 over the objection of many of America’s closest allies.

The White House will not say whether he would have acted differently had he been aware of the Russian bounty for American lives.

It is just the latest example of how, in Mr. Trump’s “America First” approach, he rarely talks about Russia strategy other than to say it would be good to be friends. He relies on his gut and talks about his “good relationship” with Mr. Putin, echoing a line he often uses about Kim Jong-un, the North Korean dictator.

So it is little surprise that after three and a half years, there is often hesitation to bring Mr. Trump damning intelligence about Russia.

And in this case, there was another element: concern inside the White House about any intelligence findings that might interfere with the administration’s announcement of a peace deal with the Taliban.

After months of broken-off negotiations, Mr. Trump was intent on announcing the accord in February, as a prelude to declaring that he was getting Americans out of Afghanistan. As one senior official described it, the evidence about Russia could have threatened that deal because it suggested that after 18 years of war, Mr. Trump was letting Russia chase the last American troops out of the country.

The warning to Mr. Trump appeared in the president’s briefing book — which Mr. Bolton said almost always went unread — in late February. On Feb. 28, the president issued a statement that a signing ceremony for the Afghan deal was imminent.

“When I ran for office,” Mr. Trump said in the statement, “I promised the American people I would begin to bring our troops home, and see to end this war. We are making substantial progress on that promise.”

He dispatched Mr. Pompeo to witness the signing with the Taliban. And as Mr. Trump noted in a tweet over the weekend, there have been no major attacks on American troops since. (Instead, the attacks have focused on Afghan troops and civilians.)

Russia’s complicity in the bounty plot came into sharper focus on Tuesday as The New York Times reported that American officials intercepted electronic data showing large financial transfers from a bank account controlled by Russia’s military intelligence agency to a Taliban-linked account, according to officials familiar with the intelligence.

The United States has accused Russia of providing general support to the Taliban before. But the newly revealed information about financial transfers bolstered other evidence of the plot, including detainee interrogations, and helped reduce an earlier disagreement among intelligence analysts and agencies over the reliability of the detainees.

Lawmakers on Tuesday emerged from closed briefings on the matter to challenge why Mr. Trump and his advisers failed to recognize the seriousness of the intelligence assessment.

“I’m concerned they didn’t pursue it as aggressively or comprehensively as they should have,” said Representative Adam Smith, a Washington Democrat who heads the House Armed Services Committee. “Clearly there was evidence that Russia was paying the bounties.”

The oddity, of course, is that despite Mr. Trump’s deference to the Russians, relations between Moscow and Washington under the Trump administration have nose-dived.

That was clear in the stiff sentence handed down recently in Moscow against Paul N. Whelan, a former U.S. Marine, after his conviction on espionage charges in what the U.S. ambassador to Russia, John J. Sullivan, called a “mockery of justice.”

Even Russian state television now regularly mocks Mr. Trump as a buffoon, very different from its gushing tone during the 2016 presidential election.