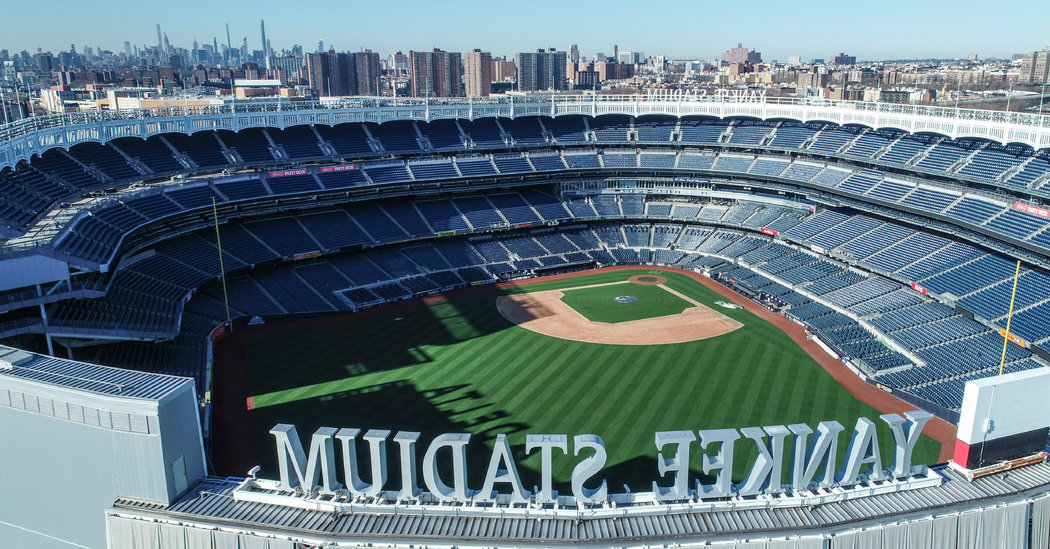 While praising the breadth of the protocols, Cashman and Boone acknowledged a level of unpredictability in the season.

“If this year has taught you anything, it’s to understand that anything is possible with this,” Boone said, referring to the virus. “All I know is that in my world, my job and my focus is to comply as best I can and comply as best as a team that we can.”

In recent days, Yankees officials have rushed to adapt their workouts, and Yankee Stadium itself, to the new health and safety requirements. The Yankees’ first choice for a second camp was their sprawling spring training facilities in Tampa, but as the virus surged in Florida they decided to return to their home stadium.

It will be unlike any preseason camp they have experienced. To follow social distancing rules, Cashman said players and staff at Yankee Stadium will spread out between the home, visiting and auxiliary clubhouses. Both the home and visiting bullpens and batting cages will be used. Pitchers may even use the stadium’s concourses to play catch, and training tables might be set up in open areas for better ventilation.

“We will utilize every aspect” of Yankee Stadium, Cashman said.

As soon as workouts begin, Boone said he expected pitchers, who have been throwing bullpen sessions over the past few months, to face their teammates. Intrasquad games are expected later in camp.

Cashman said four key injured Yankees — pitcher James Paxton (back surgery), and outfielders Aaron Judge (fractured rib), Aaron Hicks (Tommy John surgery) and Giancarlo Stanton (calf strain) — had been able to continue rehabilitating during the hiatus, and he was optimistic they would all be ready for opening day on July 23.

But Cashman was aware that his team’s status as favorites might have been dented by this season’s untraditional circumstances. Games will be, at least to start, in front of empty stands. Players and support staff will have to adjust their routines in several ways, at and away from the stadium. On the field, there are many new rules, including a runner on second base to start extra innings. And the Yankees will have just more than a third of the usual runway to separate themselves from the rest of baseball.