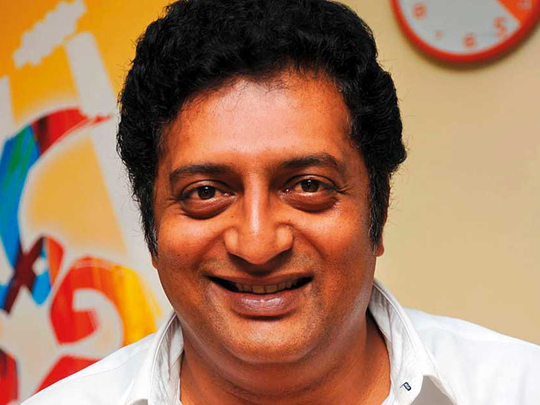 Indian actor Prakash Raj, who will be in the UAE this month to film his career’s first web series ‘Line Of Fire’, expressed his happiness at swinging back to work after a temporary lull due to the COVID-19 pandemic.

“It’s wonderful to know that you will be back at work soon. Nothing should stop us now. Yes, it’s a herculean task to get back to work. But I feel wonderful about starting work on my web series soon,” said Raj in an exclusive interview.

A week ago, Bollywood producer Gaurang Doshi of ‘Aankhen’ fame revealed that he would charter private planes for his actors featuring in the UAE-set web series to ensure their safety in the post COVID-19 reality. He intends to film two web series in the next two months here.

“I loved his line where he said: ‘the show must go on’. Gaurang has mustered the courage, pooled in resources and talent to re-start work and that talks a lot about a man … His love and respect for me is endearing,” said Raj.

The South Indian actor, who has also dabbled in Hindi blockbusters in mostly villain roles, claims that he was offered many web series’ scripts, but Doshi’s whodunit ‘Line Of Fire’ excited him tremendously.

“It’s a whodunit filled with conspiracies … My character has several shades to him and I am sure this will be an edge-of-the-seat thriller,” said Raj.

Producer Doshi is now awaiting permissions to begin the shoot in the UAE this month. He has joined hands with Emirati businessman Suhail Mohammad Al Zarooni to get his shows on the road.

“I have even kept aside a few days for the cast or crew to exercise quarantine if God forbid anything happens. We will play by the rules of this country and follow them strictly. We will make sure that everyone is safe and sound. I have always believed that where there is a will, there is a way,” said Doshi in an interview with Gulf News last week.

He intends to film two seasons of the Raj-starrer in this region.