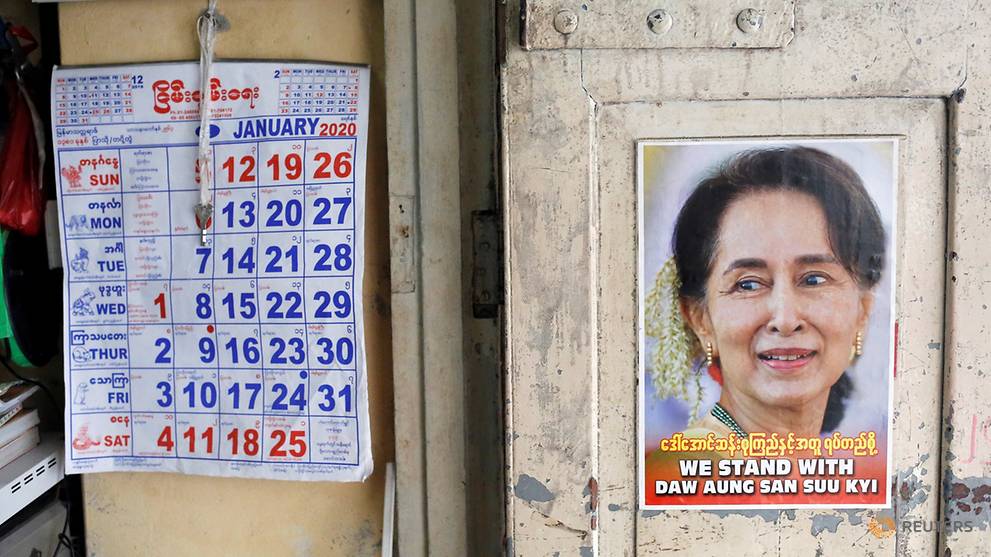 YANGON: Myanmar will hold its next general election on Nov 8, the country’s election commission announced on Wednesday (Jul 1), in a test for the country’s fledgling democratic government led by Aung San Suu Kyi.

The Nobel laureate ushered her National League for Democracy (NLD) to a landslide victory in 2015 polls after five decades of military rule.

A political prisoner once hailed as a moral icon by western governments, Suu Kyi’s image has been tarnished by a brutal military crackdown in Myanmar’s west that forced around 750,000 stateless Rohingya Muslims to flee into neighbouring Bangladesh.

She personally appeared at an international tribunal in The Hague to defend the army against allegations of rape, arson and mass killing in the campaign, which rights groups have said was tantamount to genocide.

Her promises of a soaring economy after her party’s election have largely failed to materialise, while some ethnic minority groups say their concerns have gone unheard by her government.

But “Mother Suu”, as she is referred to by much of the country’s public, remains a widely loved figure within Myanmar.

Her party’s main challenger is the military-backed Union Solidarity and Development Party, which oversaw the country’s transitional government for five years before Suu Kyi took office.

Yangon-based political analyst Richard Horsey said the elections are unlikely to bring a change in government given Suu Kyi’s popularity.

But “they will further consolidate electoral democracy in a country that was under authoritarian rule for so many decades,” he told AFP.

The poll will be held on the back of the coronavirus pandemic, which has postponed political campaigns and wrought havoc on election plans around the world.

The Southeast Asian country appears to have largely escaped the outbreak, registering some 300 cases and six deaths so far — though experts suspect the low number is partly due to limited testing.