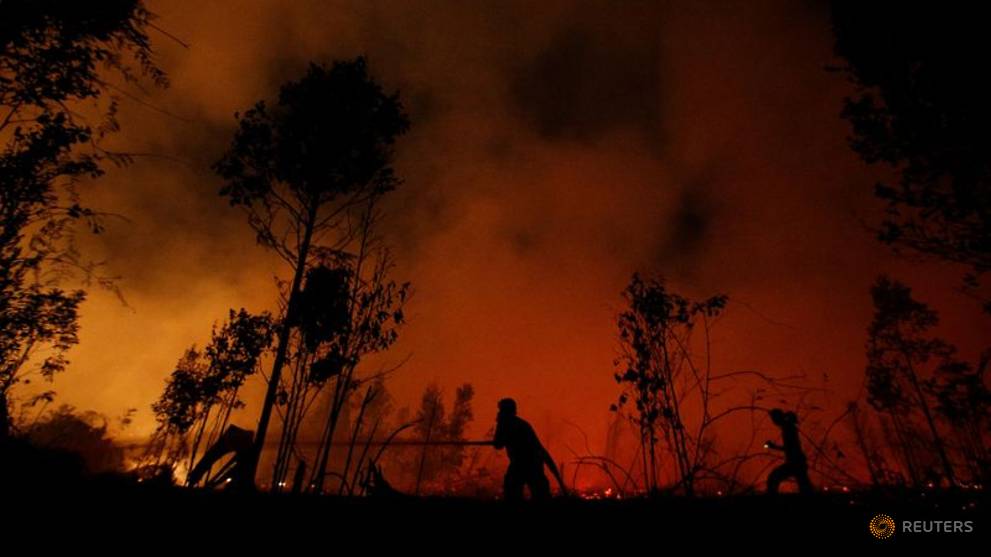 JAKARTA: Indonesia’s third-largest province declared a state of emergency from Wednesday (Jul 1) after identifying more than 700 fires, as the Southeast Asian nation braces for its annual fire season.

The declaration comes as Indonesia scales back protection for some of the world’s most important tropical forests. The team that identifies fires and helps put them out has seen its budget halved due to the economic impact of the coronavirus, an environment ministry official told Reuters last month.

The province of Central Kalimantan said the state of emergency will run until Sep 28. The level of emergency is at the first “alert” stage which calls for increased patrols and early extinguishing efforts.

“Efforts to mitigate forest fires are underway because almost every region in Central Kalimantan entered the dry season in July,” said Alpius Patanan, an official with province’s disaster mitigation agency.

Kiki Taufik, head of the Greenpeace forests campaign in Indonesia, said the budget cuts could result in more dangerous fires and communities left to fight them on their own.

“Fire hot spots could potentially be bigger and spread to remote peat land areas, especially in the burned areas from 2019 that are not yet restored,” said Taufik. “And the haze could be potentially thicker or similar to last year.”

Indonesia is the world’s largest producer of palm oil and each year fires are linked to slash-and-burn practices used to clear areas for palm oil cultivation. Last year’s fires were particularly damaging, with 1.6 million hectares of forest and peatland burned.

Much of the country’s palm oil is grown in forest-rich Kalimantan, also known as Indonesian Borneo as well as on the island of Sumatra.

Environmentalists say Indonesia’s palm oil industry is one of the leading drivers of deforestation that is also damaging the habitats of endangered species such as Sumatran tigers and the Bornean orangutan.