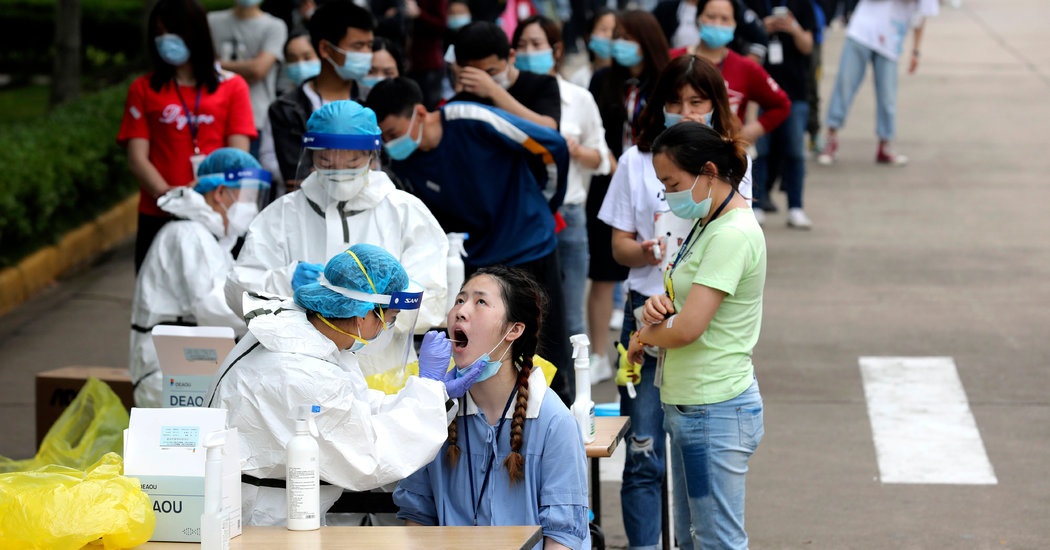 In the absence of federal guidance, some health officials have forged ahead on their own.

In mid-March, as the number of infections in Nebraska climbed, the state was running out of supplies needed for coronavirus tests. The state lab had for years screened pooled samples of donated blood for pathogens and from pregnant women for sexually transmitted diseases.

Peter Iwen, the lab’s director, estimated that pooling coronavirus samples could conserve supplies and increase testing capacity by at least 70 percent. He tried to persuade officials at the Centers for Disease Control and Prevention to allow its assay to be used for pooled testing.

“They told me it’s an interesting concept, that’s as far as it went,” he said.

Dr. Iwen also appealed to the Food and Drug Administration. Officials said the agency could not comment on pending applications for emergency use authorizations.

But Gov. Pete Ricketts of Nebraska had declared a state of emergency on March 13, which meant that certain federal and state rules could be superseded. With permission from the governor, Dr. Iwen moved to put pooled testing in place.

Looking for ideas to contain a coming surge in coronavirus infections, Mayor Jim Strickland of Memphis called Dr. Jain, who recalled a World Health Organization mission to India in November where he had seen pooled testing for tuberculosis.

Dr. Jain, like Dr. Iwen, found that in the federal government, “there was no one really encouraging this to be done.” But he proceeded with the mayor’s blessing. Hundreds of Memphis firefighters, police officers and city workers volunteered to swab their own noses.

The lab tested the samples in batches of three, five, seven or 10, and determined that pooling seemed to work best with batches of seven. The data were submitted to the F.D.A.; the agency has responded positively, but has not yet authorized the pooled method, Dr. Jain said.