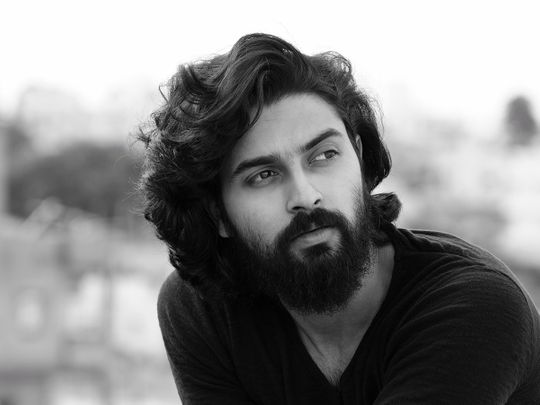 The long wait of two years is over and nobody can be more excited than Dev Mohan who is playing one of the leads in Malayalam film, ‘Sufiyum Sujatayum,’ which drops on July 3 on Amazon Prime Video.

In an exclusive interview with Gulf News, the mechanical engineer working in an MNC in Bengaluru opens up about his dream debut with Jayasurya and Aditi Rao Hydari in the romantic thriller about a kathak dancer who is married to one man but loves another.

How are you feeling in the lead up to the film’s release?

I am happy and excited. Post the trailer release of ‘Sufiyum Sujatayum,’ I have been receiving calls from many and the best part is hearing from my childhood friends. Everyone is surprised to notice me in the trailer. I had kept it a secret all along.

Did you get the role through an audition?

Yes, two years ago I attended an audition. The character’s requirements suited me and I was keen on working under a Friday Film House. I was asked if I had any acting experience. I told them that I had never acted before but was confident of taking on the role. After the selection I had to wait for one and a half years for shooting to begin.

What did you do during this long time?

Initially, I sported cropped hair but for the role I had to grow my hair and beard. Since this is not the norm in the corporate world, colleagues teased me and some asked in jest if I was going to do an ‘Arjun Reddy’ [Vijay Devarkonda’s hit film] kind of role. Finally, I had to disclose to my seniors at work that I will be working in a Malayalam film [and that was] the reason for my long hair and beard.

The long gap gave me enough time to prepare and understand the body language of a Sufi saint. I even visited [the] Ajmer Sharif Dargah hoping to meet a Sufi saint there but had no luck. I also learnt Arabic.

What was the most difficult thing you had to learn?

The most difficult part was mastering ‘whirling’— the Sufi dance that involves spinning on one’s feet. Online videos came to my rescue. Initially, I felt dizzy and nauseous but did master it eventually.

When did the acting bug bite you?

Growing up in Thrissur, our family outings to theatres was a regular thing during weekends. It fuelled my love for cinema. Though fascinated by acting, I never went up on stage either in school or college. However, I was actively involved in extra-curricular activities. I did consider learning acting later, but with work, it was not possible. The dream to act was always there.

How was it working with director Shanavas?

It has been great bonding with him over the past two years. He is clear in communicating his requirements and I understood it well. Though we had no workshops prior to shooting, his guidance and encouragement motivated me. Vijay Babu (producer) was a big support too.

Tell us about your experience working with Aditi Rao Hydari.

Shanavas and DOP Anu [Moothedath] sir met me on the evening before the day of my shoot with Aditi. They told me that even though Aditi was an experienced actor, my respect for her should not come in the way of our on-screen chemistry as lovers.

Meeting Aditi the next morning, I told her that I was a beginner and needed her support. She made me comfortable. Her friendly nature and support went a long way. We discussed every scene and the preparation brought out our scenes organically during shoot.