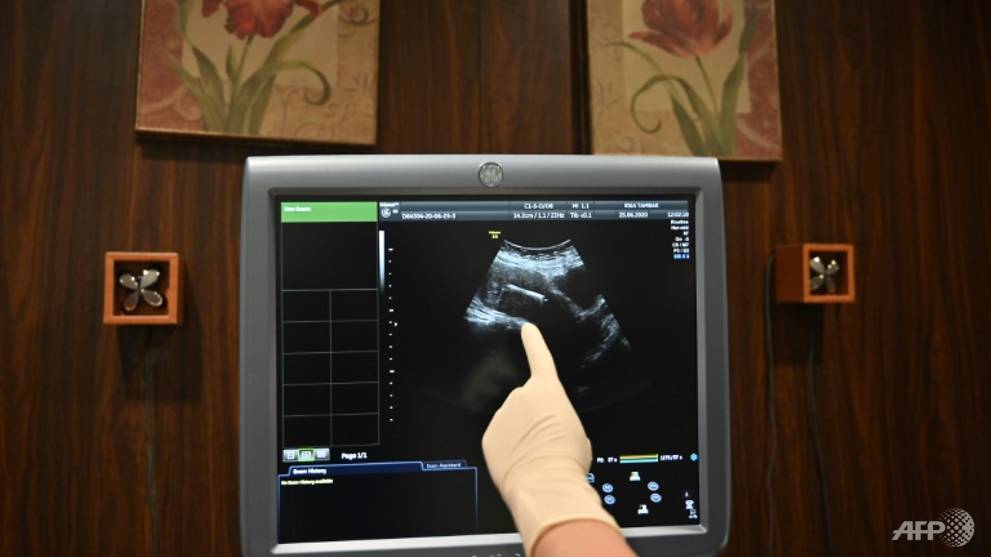 JAKARTA: With her husband left jobless by the pandemic, the last thing Indonesian mother Juarsih needed was to get pregnant, but now she’s expecting a third child – one of many in the country anxiously preparing for a COVID-19 pandemic-fuelled baby boom.

Indonesian authorities believe there could be 400,000 more births than usual next year as lockdowns keep couples at home and cut access to contraception, prompting fears of an increase in abortions and stunting of children in poorer families.

Juarsih, 41, says her birth control ran out as clinics closed or slashed hours and overwhelmed hospitals struggled to keep up with mounting coronavirus infections in the world’s fourth most populous country.

The mother of two teenagers is now too scared of the deadly respiratory disease to risk going out for a pregnancy checkup in her hometown Bandung, on Java island.

“At first I was shocked when I found out that I was pregnant,” she said.

“I started feeling happy later although there’s still some sadness … I should be grateful but this is happening at a difficult time.”

Contraception use has “dropped drastically” since the pandemic took hold across the sprawling archipelago in early March, Hasto Wardoyo, head of Indonesia’s national population and family planning board, told AFP.

Health authorities are worried increasing numbers of expectant parents will turn to abortions and push up maternal mortality rates.

“We’re also worried about stunting – not all families can afford proper nutrition,” he said.

With access to hospitals and contraceptives difficult, health authorities have been forced to get creative.

One campaign saw health workers in government vehicles rolling through communities to announce that now wasn’t the time to have a baby.

“You can have sex,” one message blared out as workers trundled through a village.

“You can get married. But don’t get pregnant.”

“Dads, please control yourself … You can have sex as long as you use contraception.”

Birth control has been a key plank of a family planning push launched by Indonesia’s late dictator Suharto half a century ago.

The programme was later applauded for population control measures that saw in a big drop in the then developing nation’s fertility rates.

This week authorities launched a one-day blitz that aimed to give away contraceptives to 1 million citizens.

Condoms are not popular in Indonesia, where some 98 per cent of contraceptive users are women, mainly of hormone injections and birth-control pills.

The family planning agency also enlisted the help of celebrities with huge social media followings to get the word out to the country’s nearly 270 million people.

At a health clinic in the capital Jakarta Monday, mother-of-two Rahma took advantage of the handouts, admitting that there was more romance in her household since the virus struck.

“My husband has spent a lot more time at home,” she laughed.

“But since I’m using this programme I’m not worried about having more babies.”

Still, infection fears are keeping many at home like Ratna Dewi Nur Amalia, who has decided to rely on charting her menstrual cycle in the hopes of avoiding pregnancy.

“I wanted to go to the gynaecologist for my birth control, but then the pandemic happened,” said the 39-year-old Amalia.

“I’m too scared to go anywhere near a hospital.”

Nearly 3,000 people have died of COVID-19 in Indonesia, according to an official tally, but independent researchers say the real toll could be several times higher.

Budget cuts and a decentralised political structure across the huge country already made it tough to educate the public about family planning.

“Now health workers are too busy focusing on handling corona patients so birth-control services have been pushed aside,” said Kusmana, the head of West Java’s family planning agency, who goes by one name.

But the pandemic’s work-from-home orders were an unexpected blessing for Arie Novarina and her husband after the busy couple’s nearly two years of fruitless efforts to conceive.

The 38-year-old is now pregnant with her first child.

“Maybe it was because we were healthier and not exhausted anymore, and we had lots of quality time together at home,” said Novarina, a state-owned firm employee.

“My husband and I joke that this is a corona baby.”