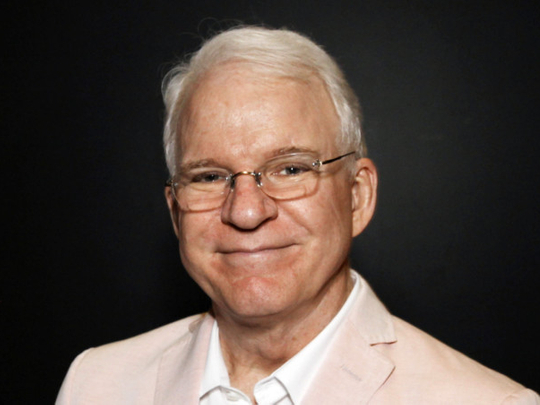 “I met him in 1950 when he joined Sid Caesar on Your Show of Shows and we’ve been best friends ever since. I loved him. When we were doing The 2000 Year Old Man together there was no better straight man in the world. So whether he wrote or performed or he was just your best friend — nobody could do it better.” — Mel Brooks, in a statement.

“Last night my dad passed away. As I write this my heart is hurting. He was my guiding light.” — Rob Reiner, via Twitter.

“My idol, Carl Reiner, wrote about the human comedy. He had a deeper understanding of the human condition, than I think even he was aware of. Kind, gentle, compassionate, empathetic and wise. His scripts were never just funny, they always had something to say about us.” — Dick Van Dyke, via Twitter.

“Goodbye to my greatest mentor in movies and in life.” — Steve Martin, via Twitter.

“The great #CarlReiner has gone to that Show of Shows in the sky. I worked with him, loved him, and consider myself one of the luckiest people in the world to have once attended lunch with his hilarious, garrulous gang.” — Bette Midler, via Twitter.

“Not only did he make my favourite TV & movies (see: Where’s Poppa) but his humanity was beyond compare. His heart was so full of love” — Sarah Silverman, via Twitter.

“Carl Reiner made every room he walked into funnier, smarter, kinder. It all seemed so effortless. What an incredible gift he gave us all.” — George Clooney, in a statement.

“Anyone in comedy who got to know or even just meet Carl Reiner felt that they had been given a great gift. His comedy energy was one of pure joyfulness. It’s an unusual quality in our world and I’ve always tried to emulate him.” — Jerry Seinfeld, via Instagram.

“Carl Reiner, Bronx born and bred, made TV comedy that endures to this day. He made America laugh — a true gift.” — New York Gov. Andrew Cuomo, via Twitter.

“Carl Reiner was a lovely, hilarious man who knew how to drive home his beliefs with grace and humour.” — Hillary Clinton, via Twitter.

“His talent will live on for a long time, but the loss of his kindness and decency leaves a hole in our hearts.” — Alan Alda, via Twitter.

“A brilliant comedy talent w/heart & intellect whether writing, directing, producing or performing. Try estimating how many times in your life this fella’s work made you laugh. I count well over 3k for me & growing.” — Ron Howard on Twitter.

“As if 2020 weren’t cruel enough. Goodbye to one of the greatest comedic minds of all time. Thank you for always making us laugh and for always giving us joy.” — Josh Gad, via Twitter.

“We lost a person who gave us great times-countless laughs. He was brilliant. And kind. … He was with us through good times and hard times.” — Mia Farrow, via Twitter.

“Growing up Carl was like a second dad to me. He was the greatest. Not just as a comic legend but as a man. There was no one else this funny and this nice. I loved him.” — Albert Brooks, via Twitter.

“One of our comedy heroes. Thank you for everything you did for all of us — Adam Sandler, via Twitter.

“Carl Reiner was a comedic giant, one of the smartest comedy minds ever. He used his voice to the very end, speaking truth to power and the insanity we are all living in.” — Ben Stiller, via Twitter.

“He was a brilliant writer, director, playwright, actor, comedian_ and he directed The Jerk! He was the nicest, best person and was an inspiration to the world.” — Judd Apatow, via Instagram.

“Carl Reiner was a gift to us all. Hilarious, brilliant and always a gentleman. My relationship with him will always be cherished. He was a hero to me and all of us in comedy have lost a giant.” — Jason Alexander, via Twitter.

“Beyond his astonishing accomplishments in TV and film, I’ll really miss @carlreiner on here. A passionate, funny, heart-warming reminder to always stay in the game. What an inspiration.” — Billy Eichner, via Twitter.

“The Dodgers are saddened to hear about the passing of Carl Reiner, an incredible talent and lifelong Dodger fan.” — The Los Angeles Dodgers, via Twitter.

“He was just getting started. Life is unfair.” — Marc Maron, via Twitter.