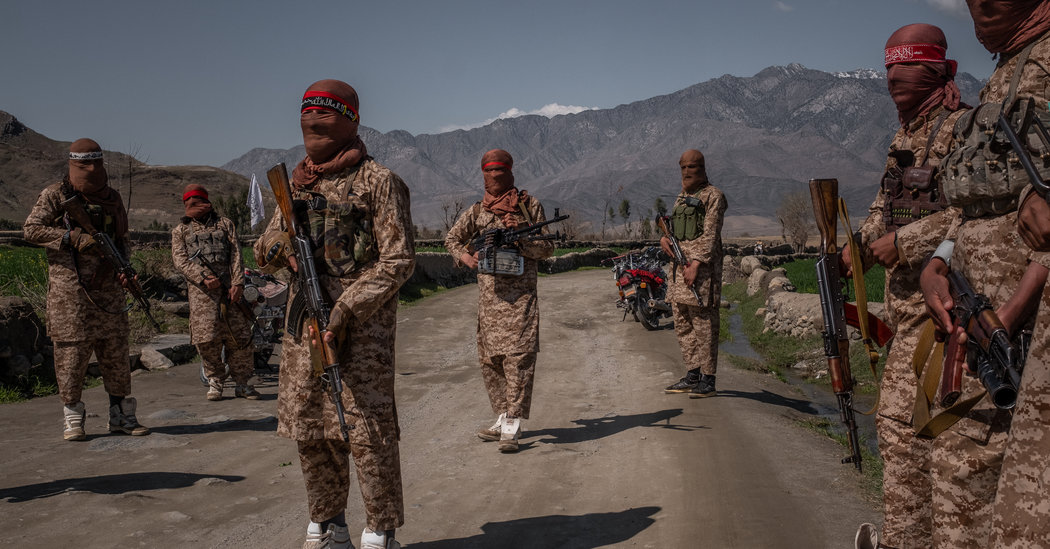 Just how the money was dispersed to militants carrying out attacks for the Taliban, and at what level the coordination occurred, remains unclear. But officials say the network had grown increasingly ambitious and was in communication with more senior levels in Taliban military ranks to discuss potential targets.

About six months ago, Afghanistan’s intelligence agency, the National Directorate of Security, raided the offices of several Hawala businessmen both in Kabul, the capital, and in Kunduz, in the north, who were believed to be associated with the bounty scheme, making more than a dozen arrests.

“The target of the operation was Rahmat, who was going back and forth to Russia for a long time and said he worked there but no one knew what he did,” said Safiullah Amiry, the deputy head of Kunduz provincial council, referring to Mr. Azizi. But by the time the raid took place, “Rahmat had fled.”

“From what I heard from security officials, the money had come from Russia through Rahmat,” he added.

Russia was initially seen as cooperating with American efforts after the U.S. invasion of Afghanistan in 2001, as its interests in defeating Al Qaeda, an international Islamist terror group, aligned with those of the United States.

But in recent years, as the two powers clashed elsewhere, the Kremlin grew wary of the prolonged United States presence and moved closer to the Taliban, hedging its bets on who would take power in a post-American Afghanistan.

The Russians also saw an opportunity for long-awaited payback for the Soviet humiliation in Afghanistan in the 1980s, when the Red Army withdrew after being unable to defeat a United States-backed insurgency.