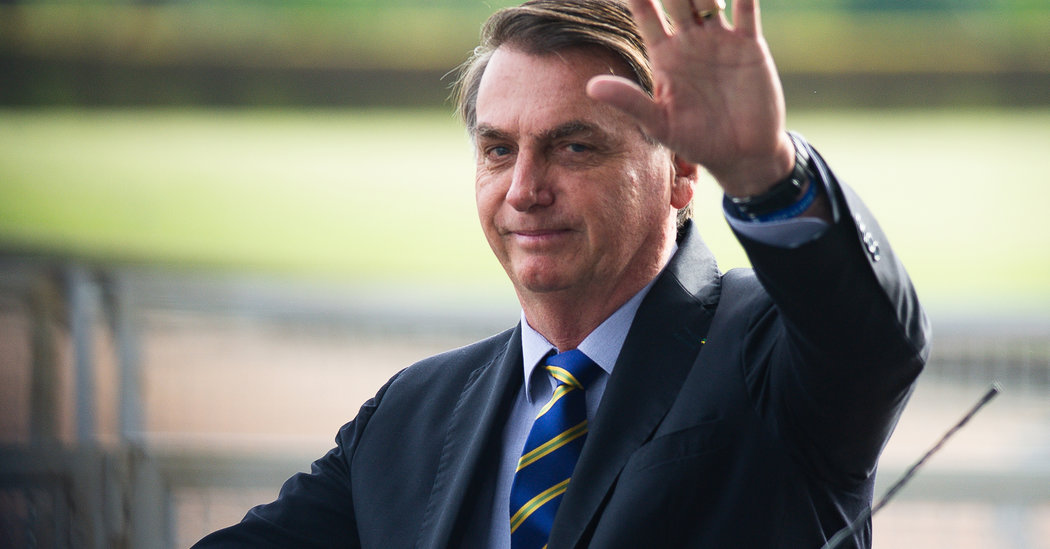 Soon after a guard at the presidential palace in Brazil spotted the friendly white dog roaming the streets last month, he took him in. The pup wasted no time ingratiating himself in the highest echelons of power: Before long, he was introduced as the official mascot of President Jair Bolsonaro’s family.

“My new home,” was the caption of the first post on the presidential dog’s Instagram account, which debuted in late June. Sporting a black vest with the Brazilian flag, Augusto looked radiant.

In the days that followed, he wooed the first lady, Michelle Bolsonaro, who gave him free rein of the president’s home. He played fetch in the garden, was allowed on the sofas and slept in the bedroom of Letícia Firmo, Mrs. Bolsonaro’s teenage daughter from a previous relationship.

In his brief stint as the First Mascot, Augusto racked up thousands of Instagram followers. The tale of a lost dog finding a new gilded home was the rare development in the capital, Brasília, that did not become politicized, angrily debated or litigated.

But from the start, there were clues that his reign might be short-lived.

“We had an inkling he wasn’t a street dog,” the first lady said in a live story video she recorded on the dog’s account. “We had a sense the owners might turn up.”

The dog’s owner, Nagib Lima Zeidan, had had a pretty rotten year, having lost his job at a gas station in recent months, and then his beloved dog, whose real name is Zeus.

“I was very sad when I learned he had run away,” Mr. Lima, 25, told the Brazilian magazine ÉPOCA. “You end up loving animals a lot because they are so protective and affectionate.”

So Mr. Lima was thrilled — and stunned — to learn what his dog had been up to during his days off the leash.

After seeing the Instagram account, Mr. Lima got in touch with the Bolsonaro family and sent them photos of Zeus back when he had led a more pedestrian life.

The Bolsonaro family invited Mr. Lima to the palace to pick up Zeus, and returned him during a low-key ceremony on Tuesday, which the president attended.

It was hard to know whether Zeus had mixed feelings about giving up the fancy residence and title. But he pressed his paws onto Mr. Lima and gave him a big kiss when the owner walked into the palace.

In a deeply polarized nation, Mr. Lima saw fit to make clear that he doesn’t support any political party. “I’m very grateful to the president and his family for having taken such good care of my puppy,” he said.

Mrs. Bolsonaro said the owner had suggested that they could perhaps share custody.

“He found his way into our heart,” she said of the dog. “There was a lot of joy when Augusto was reunited with his owner, but also many tears.”