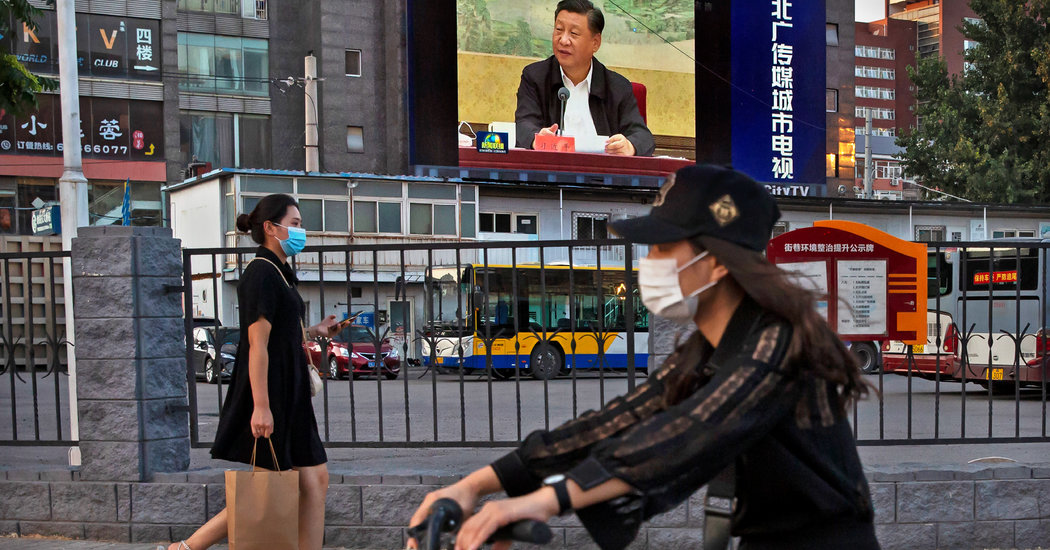 What we know about the Hong Kong security law

The new national security law for Hong Kong that was adopted in China on Tuesday gives the government in Beijing sweeping powers to crack down on dissent.

The new legislation, released to the public for the first time after its adoption, provides a blueprint for the authorities and courts to suppress the city’s protest movement and for China’s national security apparatus to pervade layers of Hong Kong society.

In ambiguous wording, it lays out new crimes and authorizes life imprisonment in the most serious cases. Here are some key points:

Big picture: Critics have called it a death knell to the “One Country, Two Systems” political framework that preserved Hong Kong’s distinctive status.

Response: The business world has largely fallen in line behind China’s campaign to tighten its grip on Hong Kong. Many leaders around the world condemned the law, The Financial Times reports.

Europe bars travelers from the U.S., Russia and Brazil

The European Union will open its borders to visitors from 15 countries as of Wednesday, but not to travelers from the U.S., Brazil or Russia, where coronavirus cases continue to balloon.

The list of nations that the bloc has approved includes Australia, Canada and New Zealand; travelers from China will be permitted if China reciprocates. E.U. countries are hoping to restart travel and tourism while preventing new outbreaks.

The decision came as Anthony Fauci, the top infectious disease expert in the U.S., said the number of new infections in the nation could more than double to 100,000 a day if the country fails to contain the surge that is now underway in many states.

Employers like Facebook are becoming excited about the long-term prospect of remote working, but decades of setbacks suggest a bumpy road ahead.

In the past, IBM, Best Buy and other companies scrapped work-from-home experiments after finding that telecommuting diminished accountability and creativity. Technology has made big strides since then.

Swine flu: A study warns that a new strain of the H1N1, common on pig farms in China since 2016, has “the essential hallmarks of a candidate pandemic virus” and should be “urgently” controlled.

Huawei and ZTE: The U.S. Federal Communications Commission on Tuesday designated the Chinese telecommunications firms as national security threats, cutting them off from billions of dollars in federal broadband subsidies.

Australia-China relations: Australia will be spending nearly $1 billion on cyberdefense, including recruiting cyberspies, over the next decade as tensions with China increase.

Belgium: King Philippe has expressed his “deepest regrets” for his country’s brutal past in a letter to the president of the Democratic Republic of Congo, the first public acknowledgment from a member of the Belgian royal family of the devastating toll during eight decades of colonization.

In memoriam: Carl Reiner, the multifaceted master of comedy, has died at age 98.

Snapshot: Above, Sunset Beach in Treasure Island, Fla. Beaches in the southern part of the state will be closed for the Fourth of July, the biggest summer travel holiday in the U.S., as Florida reverses course on its reopening because of a rise in coronavirus cases.

What we’re listening to: This retro radio station, where it is always the summer of 1997. “The desktop themes and tunes alone will make your day,” says Remy Tumin on the Briefings team.

Cook: This Sichuan chile crisp with peanut streusel is a combination that doesn’t sound like it should work, but it does — especially when paired with a sundae. You can also omit the peanut streusel or replace it with crushed peanuts.

Watch: Cinéma vérité raises fascinating questions about the genre’s capacity to accurately mirror the world. Our reviewer recommends “Crisis” and “Salesman” if you want to become acquainted with a style that tests the boundaries of nonfiction filmmaking.

Do: Bridal boutiques are offering virtual shopping experiences where brides, grooms and members of their wedding parties can try on and purchase their attire online. Here are a few options for shopping without having to leave your house.

Staying safe at home is easier when you have plenty of things to read, cook, watch and do. At Home has our full collection of ideas.

Black with a capital B

The Times announced on Tuesday that it would start using uppercase “Black” to describe people and cultures of African origin, both in the U.S. and elsewhere. Here is what our National editor, Marc Lacey, wrote about the change.

My father was born a Negro. Then he was black. Late in life, much to his discomfort, he became an African-American.

Everyone in this country who traces their ancestors back to Africa has experienced a panoply of racial identifiers over their lives, with some terms imposed and others embraced. In the course of a single day in 2020, I might be called black, African-American or a person of color. I’m also labeled, in a way that makes my brown skin crawl, as diverse, ethnic or a minority.

Amid the nation’s reckoning with racism following the death of George Floyd, another name is being widely adopted: Black with a capital B.

John Eligon, a New York Times national correspondent who writes about race, captures the discussion in an article. As he notes, each name change brings spirited discussion. Isn’t black a color, not a race? If one capitalizes Black, should one also capitalize White? And Brown?

As one who works in words, I would never suggest that word choice does not matter. Words can affect the thinking of both those who write them and those who read them. So I am in favor of pushing the shift key — but I doubt it will be the last time we edit what people like me are called.

[You can sign up for the Race/Related newsletter here.]

P.S.
• We’re listening to “The Daily.” Our latest episode is about the Supreme Court’s ruling on abortion this week.
• Here’s our Mini Crossword, and a clue: Bird with light blue eggs (five letters). You can find all our puzzles here.
• A trove of internal ISIS documents obtained by the Times journalist Rukmini Callimachi and her colleagues in 2018 have been released to the public as part of a project with George Washington University.