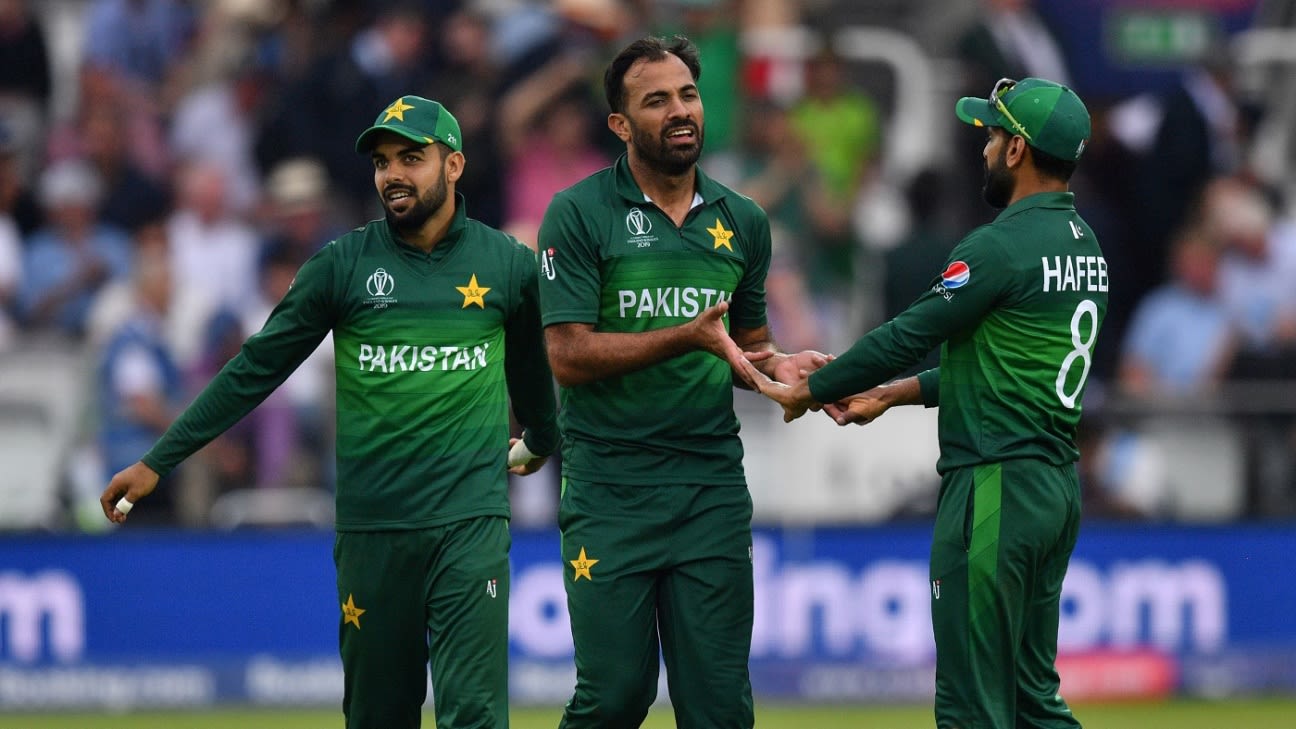 Pakistan’s touring party in the UK is set to get bigger after six more players who returned two successive negative Covid-19 tests became eligible to join the initial squad of 20 in Worcester.

Fakhar Zaman, Mohammad Hasnain, Mohammad Hafeez, Mohammad Rizwan, Shadab Khan and Wahab Riaz all underwent a second test inside three days on Monday, following a first negative test last week. All the players are currently in isolation at a five-star hotel in Lahore and are likely to fly out later this week to England.

Currently, the 18 players who returned two negatives as well as two reserve players – Musa Khan and wicketkeeper Rohail Nazir – are part of the group of 20 who flew to Manchester on a chartered plane organised by the England and Wales Cricket Board (ECB). The tour group also consists of 11 support-staff members. While head coach Misbah-ul-Haq flew with the squad from Lahore, bowling coach Waqar Younis and physiotherapist Cliff Deacon arrived in England from Australia and South Africa respectively.

Among the players that will now join the squad, Hafeez and Riaz had earlier tested themselves at a private laboratory in the wake of their returning positive results after the first round of testing by the PCB. Although the re-test came back negative, the board didn’t consider the result valid as the tests were conducted outside the testing protocols.

Meanwhile, Kashif Bhatti, Haris Rauf, Haider Ali and Imran Khan have tested positive, but are believed to be asymptomatic and are in isolation. They will be tested again in a few days, with players needing to return two negative tests to become eligible for selection.

The tour comprises three Test matches and three T20Is in August and September. All six games will be played behind closed doors.