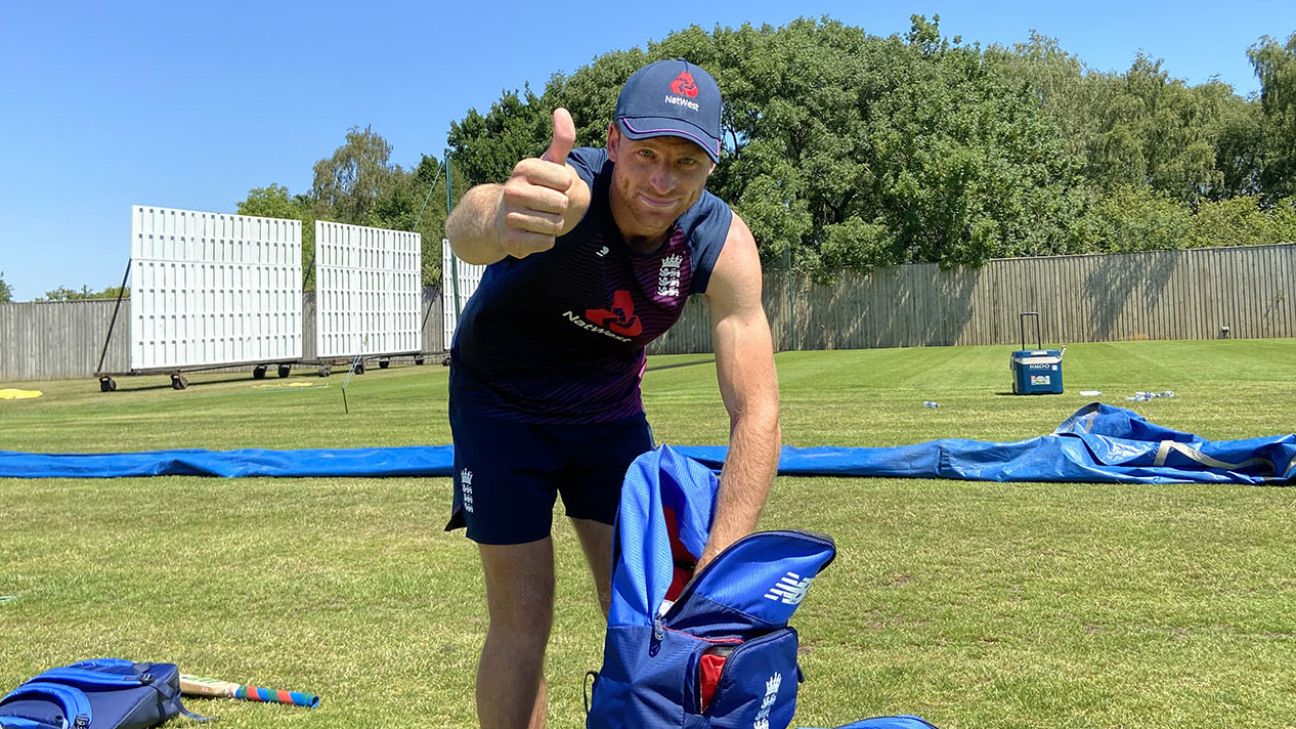 Jos Buttler is set to retain his place in England’s Test team for the start of the series against West Indies.

While Buttler has endured a lean run of form with the bat in recent Tests – he has averaged 23.32 in 13 Tests since the start of 2019 and 17.55 in five Tests since the end of the last English season – he retains the faith of the team management and is poised to keep the gloves ahead of competition from Jonny Bairstow and Ben Foakes.

Underlining that faith, Buttler has been confirmed as one of the team captains in England’s warm-up match, starting on Wednesday, and as England’s vice-captain in the first Test against West Indies next week. England’s regular Test vice-captain, Ben Stokes, has been promoted to the captaincy in the absence of Joe Root, on paternity leave, and Buttler is taking on Stokes’ previous role. England hope to have Root back for the second Test.

The three-day warm-up match will feature 27 players – there are 14 on Buttler’s side and 13 on Stokes’ – so will not have first-class status. The only three players from the 30-man training squad not taking part are Amar Virdi, Jamie Overton and Root. All three are understood to be fit, but Root is leaving the squad on Wednesday to attend the birth of his second child and the team management have decided that, in order for key players to gain the match practice required, there is no room for the other two. The match will be live-streamed from static cameras at each end of the ground on the ECB’s website

Although England’s head coach, Chris Silverwood, was giving little away when he spoke to the media on Tuesday afternoon, he did confirm Buttler’s inclusion and hinted that, in general, those players “in possession” of places at the end of the South Africa tour might be in favourable positions. With the Sri Lanka tour subsequently postponed and the English domestic season curtailed due to the Covid-19 pandemic, none of the players involved have played since the South Africa tour finished.

“I wouldn’t say selection is a blank page,” Silverwood said. “You know the people who are the mainstay, the engine room of the team. It is difficult to go too far away straight away from where we finished off.

“Jos will be vice-captain and he is in possession [of the gloves] at the moment. No, you don’t [have to be a genius] to work that out.”

That would appear to represent bad news for Foakes and Bairstow. While it remains possible England could recall Bairstow as a specialist batting replacement for Root – he is probably competing with Dan Lawrence and Joe Denly for the position – his preference for batting in the middle order may count against him.

If possession really is a key factor in this selection, it would appear to be good news for Denly and Dom Bess, too. But Denly could be squeezed by the return of Rory Burns at the top of the order, while Bess is fighting off competition from both Moeen Ali and Jack Leach as spinner. Moeen, with five Test centuries behind him, might have an especially strong claim for a recall in a side lacking Root.

The beneficiary of Root’s absence could well be Lawrence. While Denly’s durability has been admirable, his failure to register a century in his 14 Tests and his age (he’s 34) may both count against him. Lawrence impressed on the Lions tour to Australia – he made 190 in the warm-up match and 125 in the unofficial ‘Test’ – and, aged 22, is seen as a growing force. With one eye on a return to Australia in 18 months, this could be the time to promote him. Zak Crawley, who seemed to grow in stature with each appearance in South Africa, looks set to retain the No. 3 spot behind Burns and Dom Sibley.

“Dan has settled in very well,” Silverwood said. “He’s a confident guy. He has come in, been himself and played well. He’s certainly one of them that has put his best foot forward.”

The other area England are facing competition for places is in their seam bowling. The enforced break has given the bowlers an almost unique opportunity to rest and work on their strength and conditioning. The result is that, right now, they are all deemed fit.

“The only thing the lockdown has done is delivered me a load of fit fast bowlers,” Silverwood said. “All the guys coming back have had a good break. They are refreshed and they’re firing. They are very, very motivated to crack on. The one thing I have been impressed with is the shape that everyone has come back in.”

Crucially, the three quickest bowlers of those involved in this warm-up match – Mark Wood, Jofra Archer and Olly Stone – are all available, giving the selectors (and for this first Test, Stokes should be considered a selector) an intriguing dilemma. Wood, at his best, is hard to omit and claimed nine wickets in England’s most recent Test. But similar might be said about Archer, James Anderson and Stuart Broad. Tough choices loom.