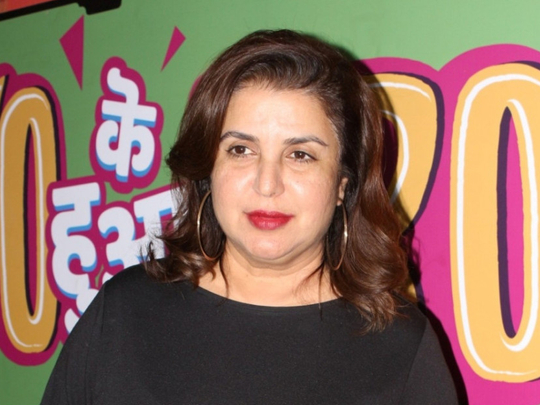 After news that TikTok was one of 59 mobile apps to be banned in India, Bollywood stars took to social media to offer their thoughts on the move.

The Chinese video sharing application has been particularly popular in the country, and had nearly 119 million active users in India, according to Indian Express. Celebrities who were active on it included Jacqueline Fernandez, Madhuri Dixit Nene, Tiger Shroff and Deepika Padukone.

Director and choreographer Farah Khan had a pragmatic response to the decision.

“If we are to compete with the worlds largest manufacturer, we better be well equipped to do so before we decide to ban everything Chinese bec the fact is that something in everything is made in China. Action without thought will lead to more problems. We need Brains not Emotions,” she tweeted.

“On a lighter note, since the Chinese are such BIG fans of Aamir Khan, maybe we should ask him to intervene and help our cause,” she joked.

The ban on the app comes amid political tensions between China and India.

The apps are “prejudicial to sovereignty and integrity of India, defence of India, security of state and public order”, India’s ministry of information technology said.

Some stars welcomed the ban, not due to a political stance, but because of what they consider to be cringe-worthy content.

Model Malaika Arora posted on Instagram: “Best news I have heard in lockdown… finally we will not be subjected to people’s ridiculous videos.”

Comedian Vir Das hoped that people who used the app for fun would be able to find a new avenue for self-expression.

“I support the ban on Chinese apps. Tik tok included. But also tik tok was a very large community of content creators. Their videos were easy to make fun of, and we did, they’re not slick and fancy, but they’re still creators. Shout out to them and hope you find a new home soon,” he tweeted.

Not one to shy away from taking a jibe, singer Vishal Dadlani compared the ban to Indians clapping and lighting candles to boost the morale of coronavirus frontline workers.

“Banning Apps is to China, what Taali/Diyas [clapping/lamps] were to Coronavirus,” he tweeted.