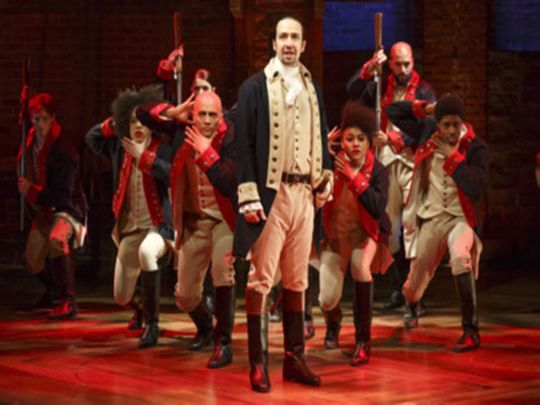 ‘Hamilton’ the film is coming to the region on July 4, OSN has confirmed.

The movie, based on Lin Manuel Miranda’s award-winning Broadway show, will release a day earlier in the United States on streaming platform Disney+.

In the UAE and the rest of the Middle East, fans will be able to watch it exclusively on subscription streaming platform OSN.

Disney+ is not availale as a standalone service locally, but rather communicates part of its catalogue through OSN.

‘Hamilton’ stars the original cast of the stage production, including creator Miranda as Alexander Hamilton.

The hip hop-inspired retelling of Hamilton’s life takes place across two acts — from leaving his home in the island of Nevis as an orphan, to becoming a founding father of America; his rivalry with politician Aaron Burr is a central point.