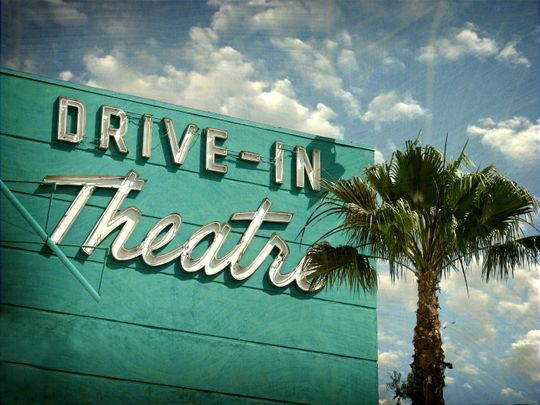 Sharjah has accelerated towards its own drive-in cinema concept, which is set to open to the public on July 1.

Arada, which first announced the opening of its drive-in concept last month, has now revealed the opening schedule for its ‘Movie Nights at Aljada’, with ‘The Avengers’ flying in to entertain lovers of pop culture on the opening night.

Ahead of the opening, Ahmed Al Khoshaibi, Arada’s CEO, told Gulf News how important it was to provide a safe viewing experience for UAE’s entertainment arena during the pandemic.

“The drive-in cinema is a way to give back to the community following an extremely challenging time for everyone in Sharjah. It is also a way of welcoming back the local community to Madar at Aljada, allowing families a safe and secure way to enjoy great food and great films together,” Al Khoshaibi said. “We have been happy to see that parts of Madar, particularly the drive-thru food district Zad, have remained popular in recent months and we think the cinema will result in even greater footfall for this destination.”

The opening schedule includes a wide range of family, action and comedy classics, in both Arabic and English. All films at the 150-capacity cinema will be free to enter, on a first-come, first-served basis, with all current and future government guidelines being followed with regards to social distancing and safety.

Al Khoshaibi also further stated that the free concept was a novel one and they had no plans to charge for entry for the foreseeable future.

Following the screening of the superhero classic ‘The Avengers’ on day one, which will be screened at 8pm on July 1, the following night will showcase the 2018 blockbuster ‘Crazy Rich Asians’ at the same time on July 2, with Pixar family favourite ‘Toy Story’ showing on July 3 and Marvel’s smash hit ‘Black Panther’ on July 4.

Those looking for wholesome Arabic content can catch the Egyptian comedy ‘Zaki Chan’, which will be screened on July 5.

The full schedule of movies and timings and further details about the cinema can be found both on the dedicated Movie Nights at Aljada website as well as its Facebook and Instagram social media channels. Future plans for the drive-in cinema include movie double bills and themed nights and weekends.

When quizzed about similar concepts popping up around Sharjah, Al Khoshaibi stated: “We have no further plans for drive-in cinemas in our projects, although it is worth pointing out that Madar at Aljada itself will have an 11-screen cinema when the project is fully completed.”

Meanwhile, cinemagoers can enjoy the drive-thru food district that has opened with the cinema featuring 17 different types of cuisines, from popcorn and burgers to sushi to vegan snacks. They may either visit the drive-thru prior to entering the cinema, or order via the dedicated website. Meals will then be delivered directly to them.

Visitors to the cinema will also be allocated specific parking spaces, depending on the size of their car, and will be able to access the audio of the movie by tuning their car radios to 87.7 FM. All guests are encouraged to arrive at least 10 minutes before the film is scheduled to begin, switch their headlights off and remain in their cars at all times.

Located in the Muwaileh district in the heart of New Sharjah, Aljada is one of several places in the UAE that have introduced a drive-in cinema concept in recent months. While Vox Cinemas Drive-In at Mall of the Emirates was the first to open, Reel Cinemas soon followed suit with The Dubai Mall Zabeel and another at Dubai Hills Estate.