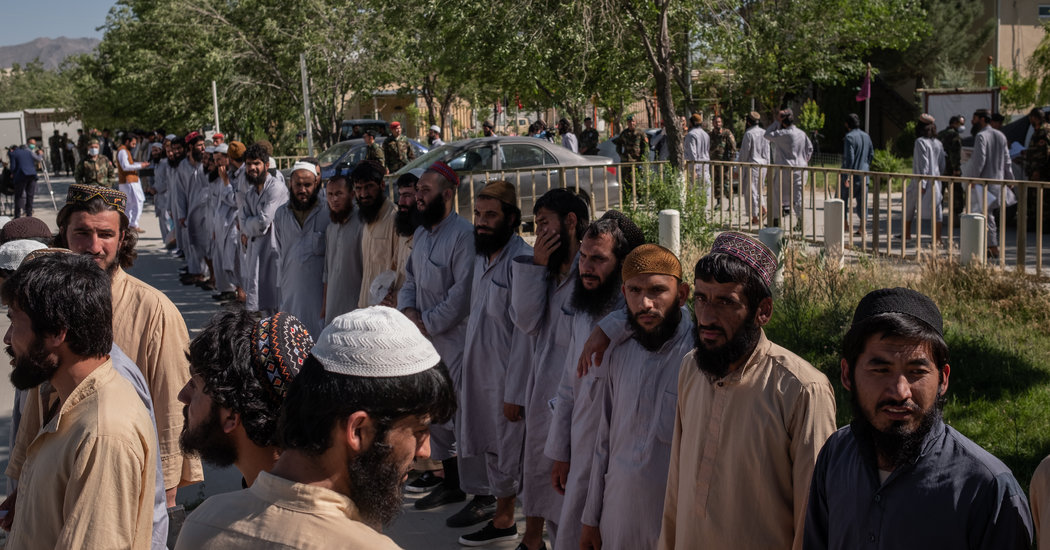 The Times reported last week that intelligence officials believed that a unit of the G.R.U. had offered and paid bounties for killing American troops and other coalition forces and that the White House had not authorized a response after the National Security Council convened an interagency meeting about the problem in late March.

Investigators are said to be focused on at least two deadly attacks on American soldiers in Afghanistan. One is an April 2019 bombing outside Bagram Air Base that killed three Marines: Staff Sgt. Christopher Slutman, 43, of Newark, Del.; Cpl. Robert A. Hendriks, 25, of Locust Valley, N.Y.; and Sgt. Benjamin S. Hines, 31, of York, Pa.

On Monday, Felicia Arculeo, the mother of Corporal Hendriks, told CNBC that she was upset to learn from news reports of the suspicions that her son’s death arose from a Russian bounty operation. She said she wanted an investigation, adding that “the parties who are responsible should be held accountable, if that’s even possible.”

Officials did not say which other attack is under scrutiny.

In claiming that the information was not provided to him, Mr. Trump has also dismissed the intelligence assessment as “so-called” and claimed he was told that it was “not credible.” The White House subsequently issued statements in the names of several subordinates denying that he had been briefed.

The White House press secretary, Kayleigh McEnany, reiterated that claim on Monday and said that the information had not been elevated to Mr. Trump because there was a dissenting view about it within the intelligence community.

But she and other administration officials demurred when pressed to say whether their denials encompassed the president’s daily written briefing, a compendium of the most significant intelligence and analysis that the intelligence community writes for presidents to read. Mr. Trump is known to often neglect reading his written briefings.

Intelligence about the suspected Russian plot was included in Mr. Trump’s written President’s Daily Brief in late February, according to two officials, contrasting Mr. Trump’s claim on Sunday that he was never “briefed or told” about the matter.