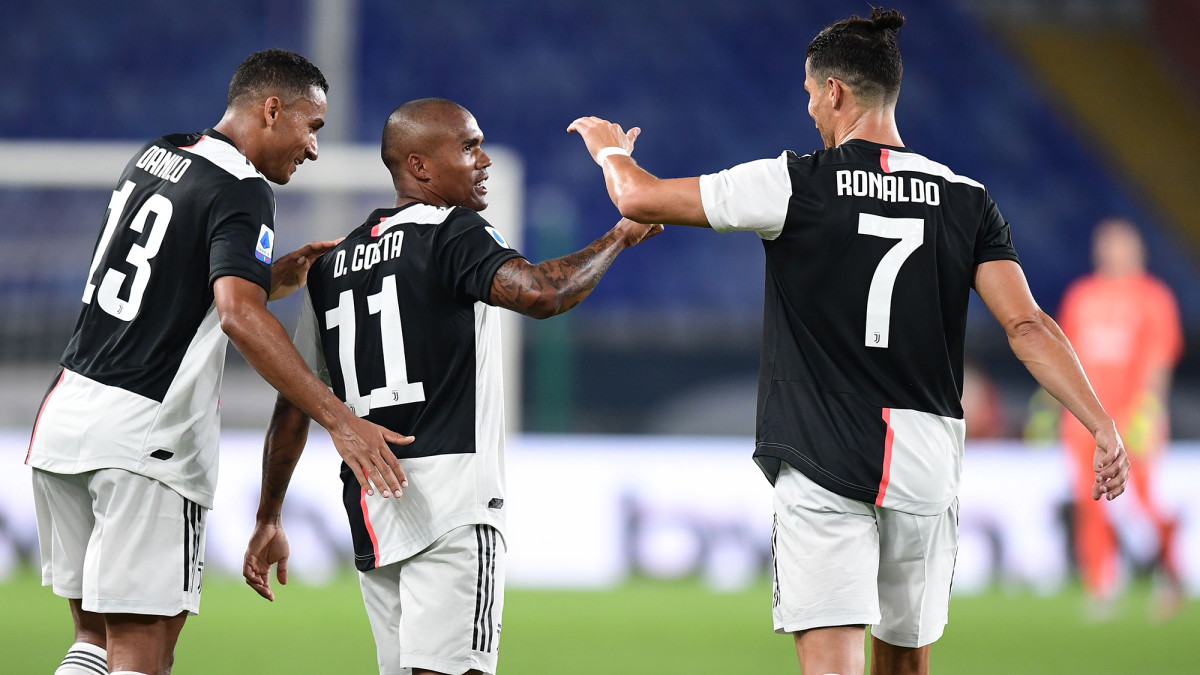 Cristiano Ronaldo appears to have shaken off the rust he displayed in Juventus’s first matches after the restart.

The Portuguese star scored a sensational goal in a 3-1 win over Genoa on Tuesday, taking off from just inside his half before firing home a 25-yard blast to double his side’s advantage on the day.

Juventus entered Tuesday with a four-point lead over Lazio, who came from behind to beat Juve’s city rival Torino earlier in the day. Juve made sure that lead was restored, but it took a little while. Paulo Dybala broke the deadlock in the 50th minute, before Ronaldo hit his stunner to make it 2-0. He had been held scoreless in the club’s two Coppa Italia matches after a three-month layoff, before connecting for penalty kicks in each of the last two Serie A matches. What he did Tuesday, however, was that of a player who has his legs back under him.

Douglas Costa may have one-upped his teammate some 17 minutes later. The Brazilian winger cut inside and displayed some quick footwork before uncorking a perfect curling blast from 20 yards inside the far upper 90 to give Juventus a 3-0 edge.

The duo will look to keep it going in Juventus’s next match, a Turin derby vs. Torino on Saturday before consecutive matches vs. AC Milan and Atalanta. Juventus is attempting to win a ninth straight Serie A title, and it remains alive in the Champions League as well, trailing Lyon 1-0 after the first leg of their last-16 series. It’s unclear where that second leg will take place, with the quarterfinals and beyond being staged in Lisbon, Portugal, as a single-leg knockout tournament between Aug. 12 and 23. Ronaldo, surely, would relish the opportunity to return to his home country with a chance to win Europe’s top prize again.