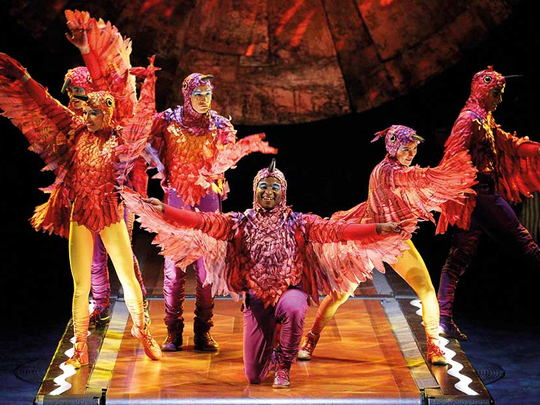 Cirque du Soleil Entertainment Group filed for bankruptcy protection after the coronavirus pandemic forced it to close shows around the world, bringing one of the best-known brands in live performance to its knees.

The Montreal-based company, controlled by private equity giant TPG Capital, requested court protection through the Companies’ Creditors Arrangement Act in Canada. Application under the CCAA will be heard by the Quebec Superior Court Tuesday and the company will also seek its immediate provisional recognition in the US under Chapter 15.

Entertainment companies that depend on large crowds were among the first business casualties of the virus. Cirque du Soleil laid off 4,679 employees — about 95 per cent of its workforce — on March 19 after shutting down 44 productions to comply with government orders around the world.

The company, which grew from a troupe of Quebec street performers into a global live entertainment giant, entered into a so-called stalking horse purchase agreement with its top shareholders — TPG, Shanghai-based Fosun International Ltd. and Caisse de Depot et Placement du Quebec. The Quebec government’s investment and lending arm, Investissement Quebec (IQ), is involved as a lender, the company said.

Under the terms of the proposal, the sponsors will inject $300 million of liquidity into the restructured business to support a successful restart and assume some of Cirque’s liabilities, the company said.

IQ would act as a debt provider, lending $200 million as part of the $300 million, while the shareholders acquire substantially all of the company’s assets for a combination of cash, debt, and equity. Cirque du Soleil’s existing secured creditors would receive $50 million of unsecured, takeback debt in addition to a 45 per cent equity stake in the restructured company.

The crisis hit the 36-year-old company just as it emerged from a string of acquisitions, which helped it diversify from its original acrobatic shows but also put it deeper into debt.

It bought Blue Man Productions in 2017, followed by children’s entertainment company VStar Entertainment Group in 2018. Last year, it added Works Entertainment and its troupe of magicians called the Illusionists to its portfolio, before striking a separate deal to make feature-length films with the company that co-produced the hit “The Lego Movie.”

Cirque du Soleil, which ran shows in Las Vegas including Mystere and Michael Jackson ONE, hired advisers to explore debt restructuring options in March, people with knowledge of the situation said at the time.