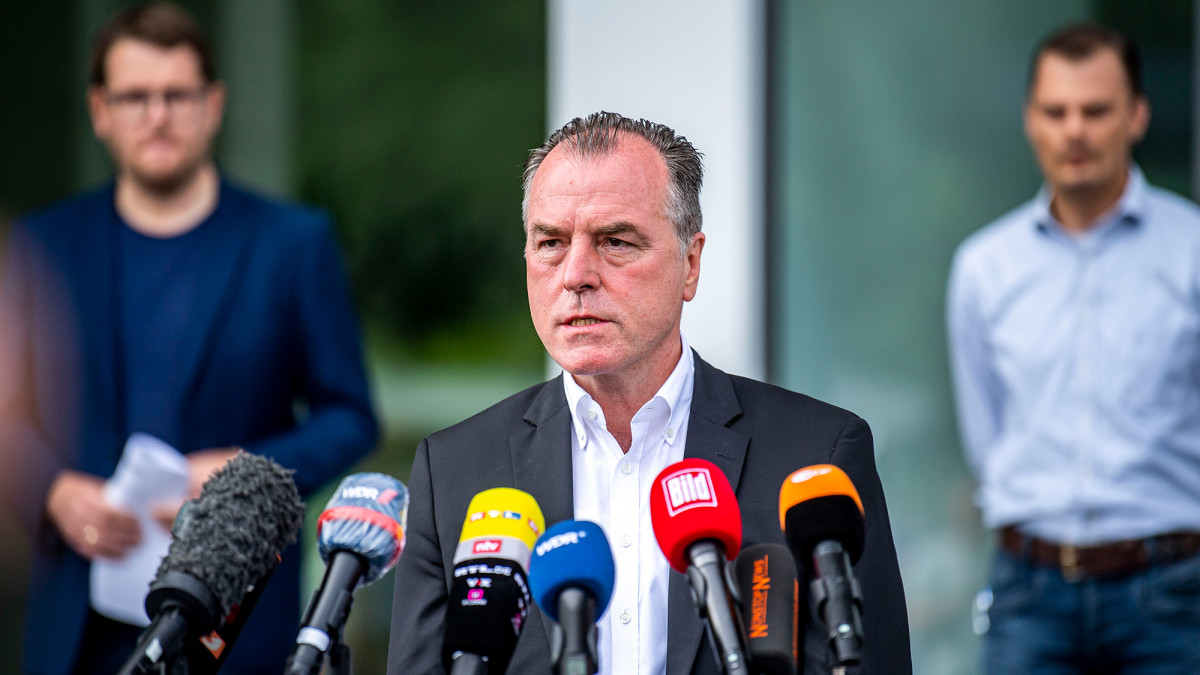 GELSENKIRCHEN, Germany (AP) — The chairman of German soccer club Schalke stepped down Tuesday after bowing to increasing pressure following a huge outbreak of coronavirus infections at one of his company’s slaughterhouses.

Schalke fans had been calling for 64-year-old billionaire Clemens Tönnies’s resignation since he made racist comments about Africans at a public meeting in Paderborn last August.

Tönnies leaves after 26 years on the board of the Bundesliga club and 19 as chairman.

On Saturday, up to 1,500 Schalke supporters formed a socially distanced human chain near the club’s stadium to protest against its management as the team slumped to a 4-0 loss to Freiburg. The result extended the club’s longest Bundesliga run without a win to 16 games.

But the outbreak of about 1,400 cases of COVID-19 at the Tönnies Group’s slaughterhouse in his hometown of Rheda-Wiedenbrück was the main reason for the fans’ anger. The outbreak led to a spike of cases in the western state of North Rhine-Westphalia, leading to lockdowns in local counties where the mostly Eastern European slaughterhouse workers lived. It also placed a spotlight on their often dire workplace and living conditions.

Banners with messages including “No exploitation at Schalke – Tönnies out!” and “No racists at Schalke!” were displayed by fans on Saturday.

“We think the club needs a complete new start to make Schalke 04, Schalke 04 again,” said Sven Schneider, the chairman of the fan club against racism and discrimination.

In a statement, Schalke and some of its board members praised Tönnies for his passion for the club and his role in developing the stadium and youth facilities. They made no mention of why he was stepping down, nor was there any hint of criticism for their former chairman.

“We know how difficult it was for him to make this decision, so it deserves our utmost respect,” board members Alexander Jobst and Jochen Schneider said.

Schalke had already postponed a news conference from Monday to Wednesday. It was supposed to reflect on a season that started promisingly under coach David Wagner before ending in farce.

Schalke’s fall began with a 5-0 loss at eventual champion Bayern Munich in January. The team has not won a game since, finishing in 12th place in the 18-team division.

It’s the third time in four years that Schalke has failed to qualify for the Europa League or Champions League and the loss of European competition is exacerbating the club’s financial difficulties.

Even before the coronavirus pandemic led to the Bundesliga’s two-month suspension, the club had debts approaching 200 million euros ($225 million).

Business newspaper Handelsblatt reported Schalke has applied for state help to secure loans of up to 40 million euros ($45 million) to help it survive.

State governor Armin Laschet, whose center-right party has received significant donations from Tönnies over the years, said no decision had been made on acting as guarantor for the loans, but the local Westdeutsche Allgemeine Zeitung newspaper reported Tuesday that the state will help.

It’s a decision that has been criticized by local politicians and rivals.

Borussia Dortmund chief executive Hans Joachim Watzke said not all clubs were being treated equally, and he asked how much of the debt had been caused by the pandemic.

In the past, the club would have turned to Tönnies for help.