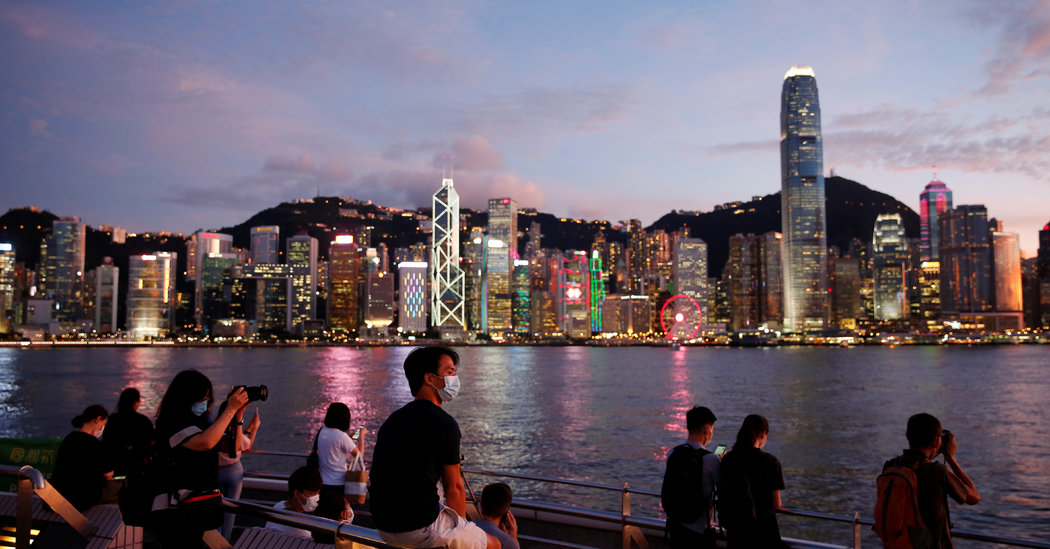 Chinese renters have also helped the property market, which took a hit after the antigovernment protests began a year ago. Alibaba, the e-commerce giant and JD.com rival, and ByteDance, the parent company of the video app TikTok, recently signed leases for pricey new office space, according to industry insiders, who asked to remain anonymous because such deals are typically private. The companies did not respond to requests for comment.

Those deals follow others in previous months that amounted to endorsements by China Inc. in Hong Kong’s future. In November, when the protests reached a dramatic climax, Ping An, a state-controlled Chinese insurance giant, paid $5.4 billion for unbuilt property atop the high speed train station in the city’s West Kowloon district. That same month, Alibaba raised $11.2 billion in its own Hong Kong stock offering.

“It is true that some Chinese companies are making moves and expanding in Hong Kong, and I think this trend will continue,” said Nelson Wong, head of research at Jones Lang LaSalle, a commercial real estate services company.

There is little evidence that the money flows represent a targeted, Beijing-led charm offensive to make the national security law more palatable. Chinese state-owned companies and others from the mainland have been increasing their Hong Kong investments for years, eclipsing international money and local tycoons alike.

Chinese companies are selling shares in Hong Kong in part because regulators and lawmakers in the United States have taken a harder line on Chinese efforts to sell shares on Wall Street after a spate of accounting scandals. With Chinese companies looking elsewhere to raise money from international investors, Jefferies, the investment bank, has predicted nearly $600 billion could flow into Hong Kong over the next year.

“As a direct result of the enforcement landscape in the U.S., a lot of Chinese companies are reorienting their business practices to raise money in Hong Kong,” said Shaun Wu, a partner at the law firm Paul Hastings.

More broadly, China in recent years has encouraged its homegrown corporate champions to return home. Hong Kong regulators recently issued new rules that make it easier for Chinese companies to list in the city and give more control to the companies. Shareholder activists have criticized the moves as undermining Hong Kong’s legal and corporate governance system.