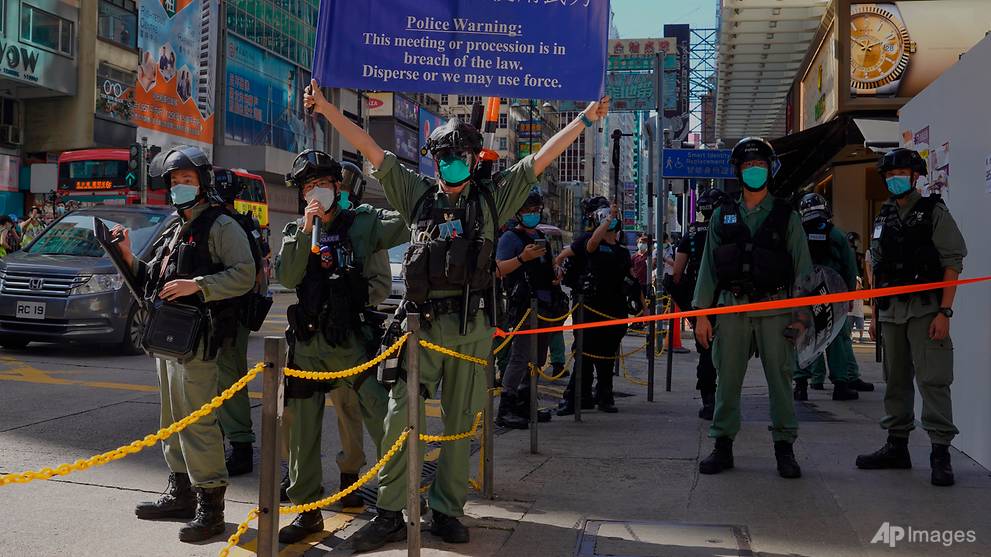 It sets the stage for the most radical change to the former British colony’s way of life since it returned to Chinese rule in 1997.

Beijing introduced the law in response to last year’s often-violent pro-democracy protests in the city. It will tackle subversion, terrorism, separatism and collusion with foreign forces, officials have said.

A draft of the law, which will come into force as soon as it is gazetted in Hong Kong, has yet to be published.

Hundreds of Hong Kongers marched silently through the city’s streets on Sunday in protest against the law.

Riot police armed with shields were present as the crowd moved from Jordan to Mong Kok in the Kowloon district, as part of a “silent protest”, in which they marched but the usual chanting or slogan shouting was mainly absent.

The event came a day after Hong Kong police refused permission for an annual march that is held on Jul 1 to mark the handover of the city from Britain to Chinese authorities 23 years ago.

Police cited in a statement that a march would be in violation of Hong Kong’s current ban of groups of more than 50 people gathering which was put in place as a result of the coronavirus pandemic.